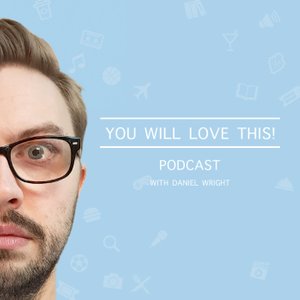 You will love this! Podcast

You will love this! is a podcast about recommendations, tips, suggestions and endorsements. It’s about people’s favourite films, their favourite bands and amazing hobbies. It’s also about my inability to ever take any of those recommendations on board over the past twenty years. Now it’s time to change, I want to change! The premise is simple - each episode I invite a guest to talk about their number one recommendation, that one thing they absolutely love and why I should love it too. Twitter: @ywltpodcast Instagram: ywltpodcast 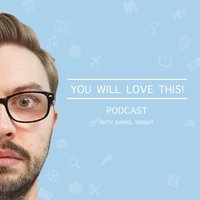 In episode 4, comedian, writer and podcaster Matt Hoss talks to Daniel about his favourite vegan food and discusses everything from his favourite vegan eateries to the vast improvement in the quality of vegan cheeses available. But as a self-proclaimed shopper of habit, can Matt encourage Daniel to give up the meat and consider the vegan alternative?

In this episode, writer and comedian Kat Lawrence talks to Daniel about her obsession with the HBO series Sex and The City. Whether it’s the influence of the fashion on the show or stealing lines from the scripts to give friends advice, Kat takes us on a hilarious journey through her superfandom and how the show has been an ever-present, positive influence in her life. But can Kat convince Daniel to truly appreciate Sex and the City?

In this episode, comedian Andrew Marsh talks about the influence that professional wrestling has had on his life, from the Friday nights spent watching WWF on TV at his Grandma’s house, to the inspiration of the wrestlers that have influenced his comedy performances. Don’t try this at home was not an option for Andrew, but can the mix of nostalgia and questionable costumes bring Daniel back to embrace wrestling again?

In this episode, comedian Sam Wilkinson talks about his obsession and love of board games. From the humble beginnings on the online message boards of a broadsheet newspaper to the annual board game fest, where it is the taking part and not the winning that matters. But is the lack of competitive edge enough to convince Daniel to embrace the world of board games?

© 2020 OwlTail All rights reserved. OwlTail only owns the podcast episode rankings. Copyright of underlying podcast content is owned by the publisher, not OwlTail. Audio is streamed directly from Daniel Wright servers. Downloads goes directly to publisher.