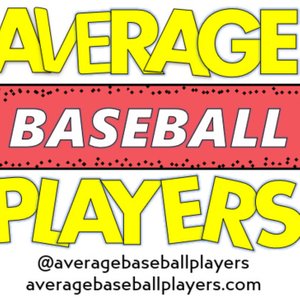 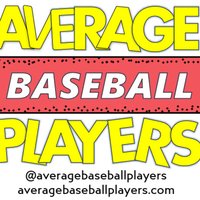 The Best Nicknames in Baseball

From Bartolo 'Big Sexy' Colon to George Herman "Babe" Ruth to Justin Bour AKA the "Bourtobello Crushroom," baseball has always been full of fun, creative nicknames. In this episode of the ABP Podcast, the fellas discuss their favorite ones of all-time by picking a Starting Rotation of their 5 favorite nicknames.We also begin the episode with a new segment called "Things that are better than the Mets lineup when Jacob deGrom pitches" that you will want to hear! Give it a listen, fellas!Follow @averagebaseballplayers on InstagramMusic again provided by ACADEMYACADEMY - Panoramic

In this special episode of the Average Baseball Players Podcast, the ABP Mediocre Madness bracket Champion, Ray King, joins us! The former LHP tells us about how he was able to dominate his era's best lefty hitters such as Barry Bonds and Ken Griffey Jr, what it was like being teammates with Greg Maddux, how he got his 'Burger King' nickname, and much more! Don't worry, fellas! He also gives us an acceptance speech for winning the bracket! This episode with this lefty legend is a must-listen!Intro/Outro music: ACADEMY - Panoramic (feat. Jackson Breit)Use Promocode "FELLAS" for 10% off your merch orders from averagebaseballplayers.com!

For the first episode of the ABP pod, the fellas discuss the life and career of Rip Collins. He was a former RHP for the Yankees, Red Sox, Tigers, and St. Louis Browns, but that's where his story just begins! Listen to hear about his upbringing in Texas, legendary punting career at Texas A&amp;M, secret wife, drinking escapades which began at the age of 6, and much more.

Top 5 Players You Want To Have A Cold One With

In this episode, the fellas pick their 5-man Starting Rotations of baseball players that they'd like to head to the bar and have a cold one with. The first two picks are some obvious heavy hitters, but Jeff's first round pick was not what you'd expect (although it is a great pick!). Listen and decide for yourself who you think has the best Starting Rotation of drinking buddies.

© 2020 OwlTail All rights reserved. OwlTail only owns the podcast episode rankings. Copyright of underlying podcast content is owned by the publisher, not OwlTail. Audio is streamed directly from @averagebaseballplayers servers. Downloads goes directly to publisher.