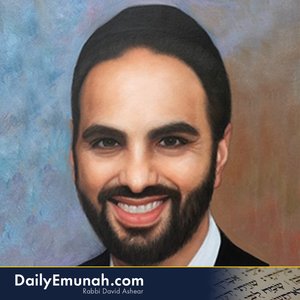 Daily Emunah Delivered to Your iPod 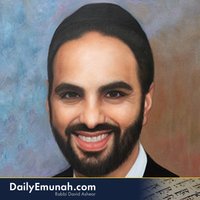 In Your Own Way

A person might look around and see people in his circle doing great things on behalf of Klal Yisrael - one person is running a chesed organization, another person is teaching Torah to the masses, another person is running a successful business and giving an abundance of charity, supporting institutions all over the world. He feels that he’s just a simple Jew, doing the basics, and his avodah is not really worth that much. To this person we say, we have no idea how Hashem measures the greatness of a person. It could be that a simple Jew overcoming his tests in the situations that Hashem puts him in is just as great, if not greater, than what he calls the big deeds of those around him. Hashem gives different jobs to different people. It doesn’t matter what a person’s job is, what matters is that he does it correctly. And if he does, he will have achieved his own potential and be considered on the highest levels. Rabbi Shlomo Zalman Friedman from Lakewood told a story in his popular weekly printed divrei Torah called the Noam Siach . There he writes, a couple of months ago, he noticed one of the members of his shul reciting the mourners Kaddish. He was taken aback because that man was not in the year of mourning for a relative, nor did he have a yahrtzeit at that time of year. After tefila , the man came over to the rabbi and explained himself. He said his father-in-law passed away a few months before, he left two children – a son who lives in Israel and a daughter who is his wife. The previous night, his wife dreamed that her father was complaining that no one was saying Kaddish for him. She woke up startled and then went back to sleep. A short time later, she had the same dream. She was very alarmed and immediately called her brother in Israel, asking him if he was saying Kaddish for their father. He replied he recently stopped because he had to pray at home due to Corona. The man then told the Rabbi, “I am saying Kaddish now for my father-in-law until my brother-in-law is able to go back to shul in Israel.” After this story was repeated, a well known mechanech wanted to find out more about this man, amazed to see that he had the merit to come back to his daughter in a dream to have Kaddish said for him. The man was described as a very simple Jew who lived most of his life in Russia. He had simple emunah and prayed to Hashem the best way he knew how to. Even though he was not able to read all of the words in the siddur and surely was not able to understand them, he did his best. He sacrificed so much to be able to stay religious in Russia for all the years that he lived there. It was very difficult for him, but he managed to do it. When his only daughter grew older, he found himself in a quandary. He felt that Russia was not a place in which his daughter could grow spiritually to reach her true potential. He sacrificed and sent her to a Beit Yaakov in America. And there she became a true Bat Yisrael. This is the daughter who he came to in a dream. Even someone who appears to be a simple Jew could reach the greatest heights in religion, in his own way. As long as we’re doing the best we can in the circumstances Hashem puts us in, we will be considered completely successful in this world.