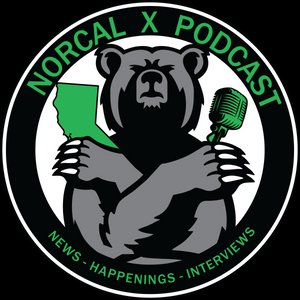 NorCalX is a daily podcast dedicated to covering all the happenings of Northern California.From news, weather, social issues, health and the environment.In person interviews will be sprinkled in when time permits.

eat Department Manager Paul Carras grew up in the neighborhood and started at Taylor's when he was 15 as a clean-up kid. Paul played baseball and football in high school and threw the Javelin in college at Sacramento state. Paul will compete with team USA at the world's butchers challenge in the fall at golden one area in Sacramento California. Paul discusses the challenges of running an old school butcher counter and why he loves what he does and why every community needs a butcher like Paul in their own community.  https://www.taylorsmarket.com  Instagram @paul_carras2@taylorsmarket

Podcast / comedy host craft beer enthusiast Ben Rice has 120 episodes of his podcast and he has been podcasting since 2015. We sit down together and we talk about beer, podcasting, comedy. Ben has lived in Sacramento for the better part of his life and travels to breweries and has conversations with the makers of your favorite beers and the people who drink them. Listen to his podcast Barley &amp; me podcast. I’m very excited to talk with Ben and have my first video uploaded to YouTube.