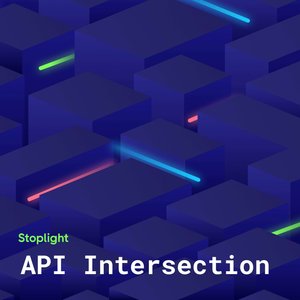 Building a successful API requires more than just coding. It starts with collaborative design, focuses on creating a great developer experience, and ends with getting your company on board, maintaining consistency, and maximizing your API’s profitability.In the API Intersection, you’ll learn from experienced API practitioners who transformed their organizations, and get tangible advice to build quality APIs with collaborative API-first design.Jason Harmon and Adam Duvander bring over a decade of industry-recognized REST API experience to discuss topics around API design, governance, identity/auth versioning, and more.They’ll answer listener questions, and discuss best practices on API design (definition, modeling, grammar), Governance (multi-team design, reviewing new API’s), Platform Transformation (culture, internal education, versioning) and more.They’ll also chat with experienced API practitioners from a wide array of industries to draw out practical takeaways and insights you can use.Have a question for the podcast? DM us or tag us on Twitter at @stoplightio. 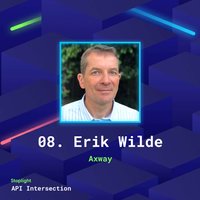 With a career based on guiding the uninitiated through the world of APIs, it’s not surprising that Erik Wilde, API expert at Axway, thinks the space has gotten too technical.An insider who spends a lot of time talking to people on the outside of the API development process, Erik is particularly well-placed to see the disconnect between the end users and the developers.More often than not, developers are the only ones involved in the process of building APIs from scratch, even though they won’t be the only ones using them. This creates confusion and even suspicion on the business side. And if you don’t think about your end goal first — based on the user's needs — you might miss it.On this episode of API Intersection, Erik explains why the technical aspects of API development are ultimately less important than creating something that’s actually useful, why he isn’t Team REST or Team GraphQL, and why big companies struggle to standardize terms. 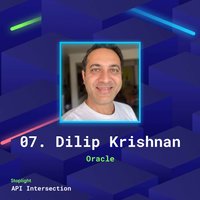 An early proponent of APIs, Dilip Krishnan has seen the technology grow legs, learn to walk and start to run. Dilip is currently Engineering Manager at Oracle, and has previously worked as a senior consultant for American Airlines, CIBER and Geniant, to name a few. Like many developers, Dilip has his own views on certain approaches: for example, code-first vs. design-first, microservices vs. SOA, or the importance of hypermedia capability. He’s seen the passionate arguments people get into around subjects like this. And he says that convincing a team to unite around one viewpoint requires a skill set many developers don’t appreciate when they sign up for the job: the art of persuasion.On this episode of API Intersection, Dilip explains why a company culture that encourages criticism can help move everyone forward on APIs, why documentation is not just nice to have but necessary, and the pros and cons of starting with design over code. 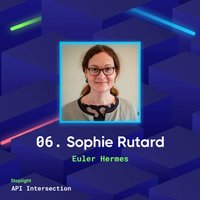 One concern holding companies back from embracing microservices is the investment they’ve made in their monolithic architectures. Ultimately, the benefits outweigh the costs, says Sophie Rutard, head of documentation management; identity and access management; and API developer relations at credit insurer Euler Hermes.As Sophie says, her different responsibilities sound unrelated at first glance. But because the company functions on a microservice architecture, they all interact naturally. “It's all APIs that we built: some are part of the document area, some are the backbone of our IT infrastructure, because it's the authorizations for our APIs. And then we expose them on the developer portal that we have built. And that's where it comes all together,” she says.On this episode of API Intersection, Sophie talks about the challenges of transitioning a nearly 100-year-old company to a new idea, negotiating over your style guide, and seeing APIs as a constant work in progress. 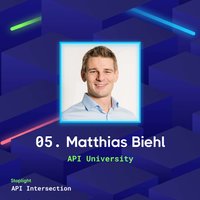 A good API is like a LEGO block — or so says Matthias Biehl, author and advisor to API-University. The bumpy side is the easy-to-understand front-end; the underside connects multiple bricks together to create endless possibilities.Simplifying the often complicated realm of APIs is part of Matthias’s mission. When designing your API, the simpler the better, he says.Ironically, it’s when a company starts accessing more resources that this “Keep it simple” mantra often falls by the wayside. Adding more people into the mix dilutes the consistency you get when only one person is in charge of designing and building. On this episode of API Intersection, Matthias explains why intuitive APIs should be the goal, why simplicity is a gift to your end user, and the difference between hunters and fishers in the context of APIs. 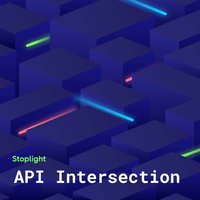 Jason and Adam answer these listener questions in today's episode: Question 1 - Do you have any tips and ways to solicit feedback from potential customers of an API product? Question 2 - Is a design first approach more beneficial than a code first approach and what makes developers choose one or the other? Listen in to hear Jason and Adam's thoughts on these, and visit https://stoplight.io/podcast/ to submit a question you'd like answered in a future episode. 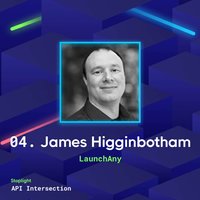 The fundamental purpose of an API is to connect applications — so don’t let the implementation process create organizational disconnects, says James Higginbotham, CEO and founder of API consultancy LaunchAny.API development has come a long way since its Wild West early days, when the only people who paid any attention to APIs were the developers and engineers building them. Now, APIs have significant potential across departments, not to mention as external products. This is a great opportunity, but also means that developers can’t plug in, tune out, and emerge weeks later with something they’ve cooked up alone. There has to be consultation with the end users, who might have a very different vision and set of needs than developers appreciate.On this episode of API Intersection, James explains how to build bridges between developers and the other stakeholders, why you should consider creating a position for an API platform manager, and how to start formalizing your APIs with an eye on the future.

On our very first Q&amp;A episode of API Intersection, Jason and Adam dive into a listener's question about GraphQL, including its emergence, pros and cons, and a few helpful use cases. Have a question you’d like answered? Visit https://stoplight.io/podcast/ to submit it now. 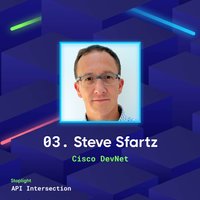 When Stève Sfartz joined Cisco’s DevNet after decades of experience in technical programs management, enterprise transformation, and software architecture, he was skeptical about the value of establishing standards and scoring for API developers. Today, he is a passionate advocate of the value and long-term benefits to be gained from building not one- but two-level standards to ensure consistency, enhance API value, and optimize developer community experience.  In this episode, Stève explains how cloud computing changed the landscape of API development by breaking traditional silos and forcing developers to think in terms of sustainable project and industry growth instead of remaining focused on a single API project.He also shares insight into both the long-term benefits of establishing internal development standards and scoring as well as some tips on what to measure and how to measure it. 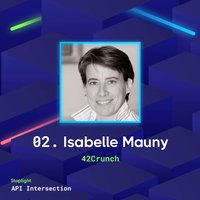 Although security may not be the first thing that comes to mind when building a great API, it can catch up to you faster than you can say data breach. That’s why Isabelle Mauny, field CTO and co-founder of API security platform 42Crunch, does what she does.Despite the advances in attitudes towards API security, Isabelle says it’s still undervalued. Look at your team and see if she’s right: If you have, say, 100 developers and only one person dedicated to security, you may need to adjust your prioritization. No matter the ratio, the development and security teams will have to work together to find a balance between their respective goals. Security shouldn’t put limitations on the developers’ aims. But developers need to know that what they’re building can withstand poking and prodding if they don’t want it taken apart.On this episode of API Intersection, Isabelle explains the most important factors in creating a secure API, why internal APIs can be just as complex as external APIs, and the impact of scaling. 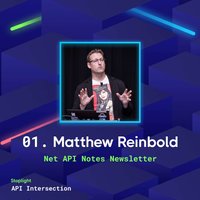 APIs are fundamentally supposed to smooth out paths of communication. But you can’t build that road if you don’t understand what’s happening at the destination. For API design architect Matt Reinbold, empathy for the end-user is a vital and often missing component of API design.A quick look at Matt’s career with Fortune 500 companies and his own software consultancy shows that he has successfully balanced his interests in the human and technical aspects of software. Experience, occasionally learned the hard way, has taught Matt that factoring in the end-user early saves future headaches for you and them. It follows that Matt takes an anti-autocracy stance on API governance. When you’re on top, it’s easy enough to make the rules without input from others. But consulting the grassroots is more effective for company morale and productivity. Again, it all comes back to empathy.On this episode of API Intersection, Matt explains why organizing governance is never over, how to get everyone speaking the same technical language, and how to persuade leadership to lean into innovation.For full show notes and more info go to https://stoplight.io/podcast/

© 2020 OwlTail All rights reserved. OwlTail only owns the podcast episode rankings. Copyright of underlying podcast content is owned by the publisher, not OwlTail. Audio is streamed directly from Stoplight servers. Downloads goes directly to publisher.