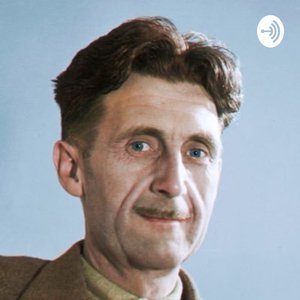 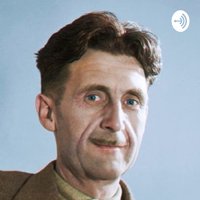 Is Nineteen Eighty-Four a love story? In this episode, we consider how love survives, to a degree, while also being twisted into new, disturbing forms in Orwell's imagined future of pain and terror.

17. Nostalgia, Misogyny, and the Future in Coming Up for Air

George Orwell's 1939 novel, Coming Up for Air, combines a sceptical view of the nostalgic with dread about a looming future of pain and suffering. This episode looks at how these emphases are bound up with the first-person narration of George Bowling, whose disreputability and misogyny makes him a compromised 'voice' for the modern world.

16. War, Confusion, and Mud in Homage to Catalonia

Orwell's mud. Homage to Catalonia shows how Orwell could turn the muddying of troops and the muddied waters of civil war into impressionistic form. This episode reconstructs these emphases, connecting them to Orwell's reasons for participating in the Spanish Civil War in 1937.

An episode considering how Orwell's most famous satire, Animal Farm, traces the equivalences between men and animals as part of its fairy-tale response to the Russian Revolution and the emergence of Stalin's Russia.

14. The Question of Poverty Tourism in The Road to Wigan Pier

Is The Road to Wigan Pier (1937) socio-economically voyeuristic? This episode discusses some of the issues surrounding this and related questions, giving an overview of why and how Orwell wrote this enduringly relevant account of poverty and hardship in the industrial north of England.

13. Normality and Stickiness in A Clergyman’s Daughter

An episode about Orwell's least well-known novel, A Clergyman's Daughter (1935), in which images of glue and stickiness denote the text's very particular concern with returns back to the normal and familiar.

Orwell's novel Burmese Days (1934) takes a dim view of empire, but is itself deeply prejudiced. This episode considers prejudice at two levels: the racist mentalities of the Orwell's characters, and the novel's own narrative expressions of lookism and fat-shaming.

11. Civilization, Death, and Money in Keep the Aspidistra Flying

Gordon Comstock--the great enemy of money, in Orwell. This episode looks at his rage, the deathliness of the world around him, and the poor choices to which his anger leads.

10. Poverty and Genre in Down and Out in Paris and London

Orwell, down and out. In this episode, we track the various formal tensions in Orwell's first major work, his study of poverty and precarity in Paris and London.

9. Orwell’s Voice: A Brief Introduction to the Man and his Work

A brief introduction to Orwell's prose style, and his critical 'voice'.

© 2020 OwlTail All rights reserved. OwlTail only owns the podcast episode rankings. Copyright of underlying podcast content is owned by the publisher, not OwlTail. Audio is streamed directly from Nathan Waddell servers. Downloads goes directly to publisher.