UnionDocs is a documentary arts collaborative in Williamsburg, Brooklyn. Our activities vary in form - we work in video, sound, text, live performance, music and photography, both independently and in combination, online and off. This video podcast promises an eclectic collection that expands beyond what can easily be called 'documentary,' we use the term because it implies an engagement with the subject of reality. For more information check out www.uniondocs.org

An interview by UnionDocs with Laura Poitras, director/cinematographer of "My Country, My Country."

An interview by UnionDocs with Catherine Lupton, author of "Chris Marker: Memories of the Future" on occasion of screening Marker's "La fond de l'air est rouge" ("A Grin Without A Cat"). 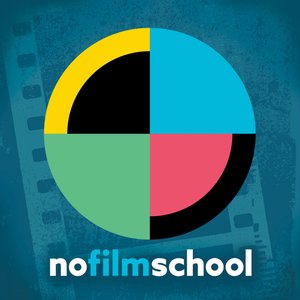 Discussion following the screening of "State of Fear" with directors and producers Pamela Yates and Paco de Onis on June 10th, 2007.

Clips from the discussion with director Isabel Hill following the screening of "Brooklyn Matters" on June 3rd, 2007. Atlantic Yards simulations by Jonathan Barkey.

"CHARGED IN THE NAME OF TERROR" DISCUSSION

Clips from the post-screening discussion of the series "Charged in the Name of Terror" coupled with sections of the federal bill H.R. 3162 Uniting and Strengthening America by Providing Appropriate Tools Required to Intercept and Obstruct Terrorism (USA P

Words quoted and interpreted by Eric Metzgar from a book recommend for the shelves of The Documentary Bodega.

Compiled from clips of the post-screening discussion with Eric Metzgar, director of "Chances of the World Changing" screened in the Documentary Bodega Series at UnionDocs. Edited by Stephanie Morales and Christopher Allen.

The Documentary Bodega is Opening Soon... For a taste, here's a new edit of the DisLocation premiere. For three days, UnionDocs welcomed Sudhir Venkatesh, professor of sociology at Columbia University and director of Columbia's Center for Urban Policy and Research, as he presented his documentary film DisLocation for the first time. The screening included a discussion with several subjects of the film and a photography exhibit which remained installed at UnionDocs through the spring. An interview of Venkatesh was collaged with other UnionDocs audio recordings in a radio broadcast on WKCR FM NY. In February 2002, families living in the Robert Taylor homes on Chicago's Southside were given a 180-day notice of eviction. In six months, the community that had been their home for generations would be demolished. DisLocation chronicles the lives of families forced to relocate from the high-rises. It is an attempt to understand how tenants cope with the loss of their home (and their collective identity) and start their lives over in new residential communities. This conversation with some of the tenants who took part in DisLocation was edited by Alex Marvar.

Audiences with Something to Say

A collage of recordings and photographs from screenings held at UnionDocs. The Documentary Bodega is Opening Soon...

© 2020 OwlTail All rights reserved. OwlTail only owns the podcast episode rankings. Copyright of underlying podcast content is owned by the publisher, not OwlTail. Audio is streamed directly from UnionDocs servers. Downloads goes directly to publisher.