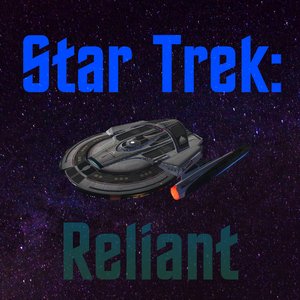 A crew from Star Fleet Academy's Cadet Class of 2409 go on their final cadet cruise aboard the USS Reliant, first of her kind. It soon becomes apparent that this isn't a standard shakedown cruise. What secrets will the crew uncover as the head out to map the Delta Volanis Cluster? 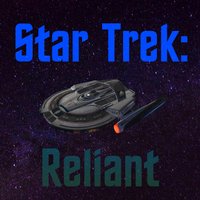 A diverse crew, some of the best and brightest in the Starfleet Academy Cadet Class of 2409, come together and board the USS Reliant, the first of her kind, for a shakedown cruise. Things however become evident that this is not your normal everyday cadet cruise, and by the way, where's the Captain? Author: Unfortunately due to technical starting issues we missed half of the first episode where the crew met each other and visited Club 602. Apoologies

Taking the scenic route to Delta Volanis the crew start to meld and work together. An unusual unexpected fact starts bobbling up to the surface which causes some eyebrows raised and comments made but when they arrive to a station that they were meant to resupply they only find mystery and danger.

After uncovering what happened at the station the crew of the Reliant pick up a distress call from a Captain Rurak. Commander Cole, Captain of the Reliant, sends an away team to try and resolve the situation. But what could be onboard the frieghter that Orions could want? and what risks do the away team face while out they're away from their crew.

The crew of the USS Reliant continue their tour of duty and examine a Class M planet with some rather perplexing situation. Radio waves, pirates and borg, oh my. Problems, upon problems, and upon problems. Things get rather intense in space and on the ground and we get to find out if the crew capable of throwing

Chaos erupts as the crew of the Reliant have to deal with the aftermath of their encounter with Ibi and Orion pirates. John T. Tardigrade and a crate of Eppohs are taken from the Cargo bay and the destruction of Oakley the Exocomp. An away team is formed to try and recover the everything that was just taken from them and must make an unexpected alliance to make a rescue. And wrapping up, the crew head back to Earth, graduate from Starfleet Academy, and receive their new orders and positions. With a look to new exploration in the future.

The Crew of the USS Reliant set out into the Klingon Neutral Zone to explore in the midst of the Klingon/Federation war. Their goal, to restock and resupply Starbase Epsilon IX and then use that as a base of operations to explore this uncharted region of space. As the Crew explores they find themselves encountering a pre-industrial society with weapons far beyond their ability or knowledge to construct. The crew must find a way to deal with the situation without causing any more societal damage but what discover puts them on a new path forward.

After relocating the captains of the various enemy ships to their Transporter room the Captain and crew of the USS Reliant engage in Gorn Diplomacy, uncover some rather interesting secrets and start planning for their next step. What are they up to and what would make the crew of the Reliant collaborate with them?

You know how you're never meant to split the party? well, we split the party, I mean the ship crew.This episode we go undercover as government agents, already undercover as normal civilians to out the undercover Undine undercover operative. Have I said undercover enough because for some reason I don't think I have. Oh, and something about Whateley and his mental powers, whatever.

Dr. Eli O'Connor had his ultimate Lando moment, waltzing into a high stakes poker game, and walking out with cash and perhaps a new ship? Kara and Larissa help Haasra test a new business, and got /REALLY/ drunk. Quentin Reynolds and Alenis Kendra, Security went out and did fun tourist stuff and science, despite Quentin being grumpy about not reading. Ryk'tyr,got to have fun building castles and scouting the next generation of Starfleet engineers. Tardi opened diplomatic channels with the crabs while Chaplain Whateley got a contact high on everyone being so damn cheerful on Risa.

The mystery surrounding Captain Graves and the murder and/or mysterious disappearance of Pavyl deepens as the crew of the Reliant start to see what's going on. Also what is it with Miranda and the Mayhems? All I know is that mayhem continues to abound on Risa.

© 2020 OwlTail All rights reserved. OwlTail only owns the podcast episode rankings. Copyright of underlying podcast content is owned by the publisher, not OwlTail. Audio is streamed directly from StarbaseUGC servers. Downloads goes directly to publisher.