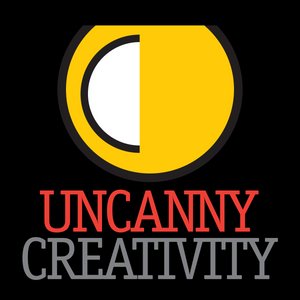 Tips and ideas to help your creative process: The Uncanny Creativity Podcast. Make practice more fun and change your perspective. Learn how to have more good ideas. Figure out how to finish what you started. Face the fear of failure. Plan and execute your projects from start to finish.

Try this: Stop doing something How do we make time for art? In his book Getting Things Done, David Allen recommends we ask ourselves if we really have to be doing a task. Consider delegating a task. Maybe you hire a maid every month to cut back on cleaning. Put tasks on your someday/maybe list. One day you’ll learn to paint abstracts, for now you’re doing portraits. Forget and lose tasks. You don’t like drawing with charcoal? You don’t have to do it. I used to dabble in programming. I liked it and at the same time, I’d rather paint and sketch than look at code. Someday, maybe I’ll get back into it. How has quitting made you a better artist? Brian E. Young is a graphic designer and artist in Baltimore, MD.The post Stop Doing Something: Quick Tip 4 appeared first on Uncanny Creativity. 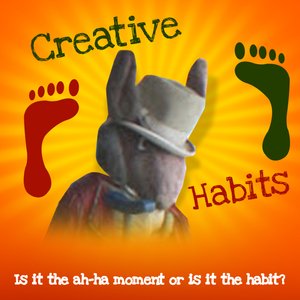 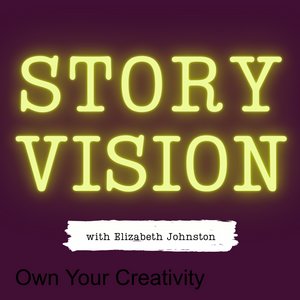 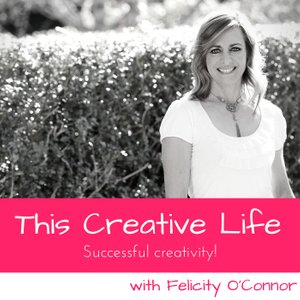 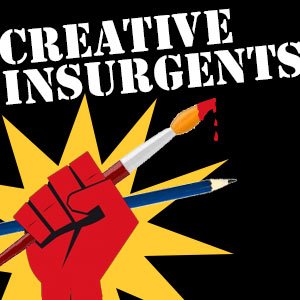 Creative Insurgents: Living a Creative Life by Your Own Rules 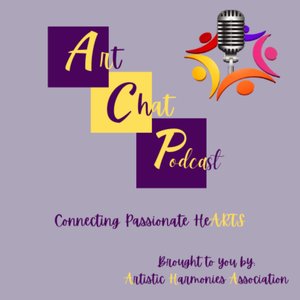 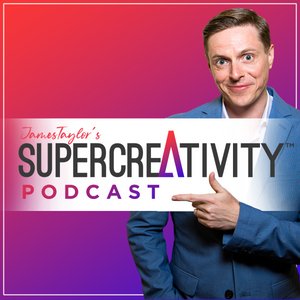 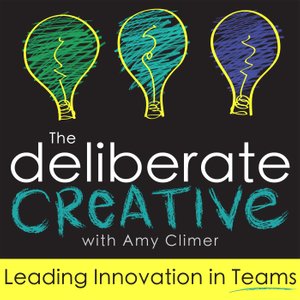 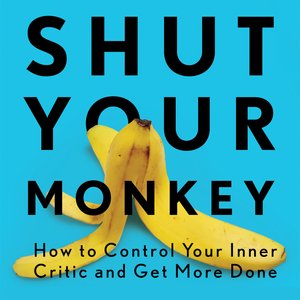 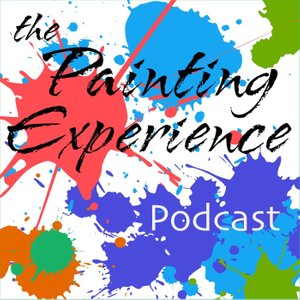 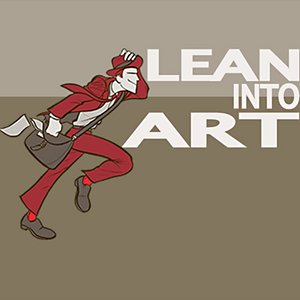 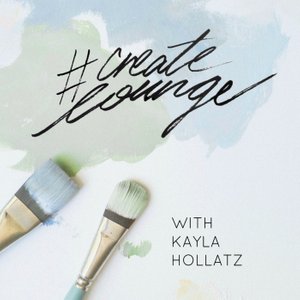 #createlounge: Tap Into Your Creativity, Tell Your Story, and Find Your Community 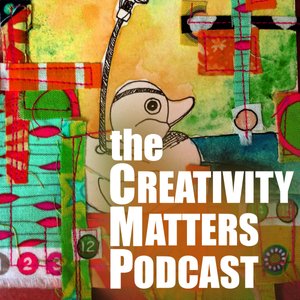 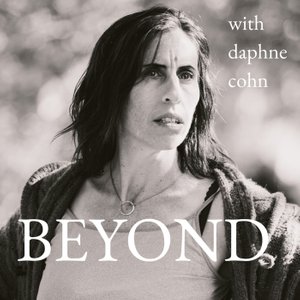 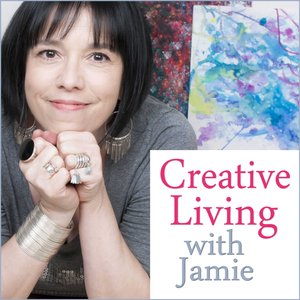 Optimism helps us be more creative. We can learn to explain our lives in positive ways. We can definitely use his concepts to have a better creative process. Let’s talk about editing our Mental First Draft! What is an explanatory style? Optimism and pessimism are the stories we tell ourselves. We tell ourselves stories about failure, loss, and problems. As discussed in the book Learned Optimism: How to Change Your Mind and Your Life by Martin E.P. Seligman, scientific experiments have tested how this makes us less creatively, more anxious and less motivated. Optimism is recognizing various types of success. Optimism is a realistic approach. We realize that we’re not perfect and never will be. The glass can’t ever be more than half full. The stuff that fills it is all we happen to need. Optimism is also a process of creating. We start with whatever thoughts we have about our artwork and outcomes. Then we edit just as we would a painting. Refining the strokes until we find something beautiful. Making art is story telling. It’s expression. The Fear of failure episode was about questions we can ask when we recognize our fear. Today’s episode is about practicing habits that help prevent the fear. There is such a thing as being over optimistic. Last episode on how to be wrong discussed the difference between confidence and overconfidence. Ask yourself: Step 1: How personal is this? Our Mental First Draft might tell us things like “I can’t get the colors right!” “I don’t finish anything” “I always get stuck at this part.” We tell ourselves a story: We are the cause of a problem. Try this: Edit the thought. Instead of blaming ourselves for having trouble with a color, change the story to “That color is tricky!” When we are beating ourselves up for not finishing, recognize that “Lots of people have a problem juggling all their tasks and getting motivated.” Better yet: Remind yourself of  what you are good at. Optimists tell themselves a different story: I help find solutions! So you might say “This color is off, I’m going to practice mixing paint colors. I might need to look online for help.’ Step 2: How permanent is this? In a Mental First Draft, our thoughts whisper another story in our minds. This is how it is forever! “I’m always forgetting things.” “I never work on this.” “I’ll never get better at this.” Try this: Remind yourself that this shall pass. It could get better. “I forgot and it was no big deal.” “Practice makes perfect.” “Next time, I have a shot at being the best” Better yet: Remind yourself that many good things are permanent! This story is that you’ll always have something to be grateful for. Step 3: What does this really impact? Our Mental First Draft will take a specific event and extend it further. Pervasiveness. This story says: If you’re not perfect at this, then you’re not good at anything. “This painting turned out terrible, I’m a bad artist!” “My design was rejected, I’ll probably be fired!” Try this: Edit your story to be as specific as possible. “This painting isn’t what I expected, so that feels disappointing.” “This client didn’t like this design. I really liked it.” Better yet: Remind yourself that your good qualities extend to all areas. “I’m great at trying again!” In our pessimistic Mental First Draft, we blame ourselves for problems. We see issues as never-ending. And we extend those problems to other parts of our life. With a little editing, we have a story where there are outside forces involved. We know that we will focus on this problem temporarily and then move on. We isolate the problem to the task we’re involved in. Remember in the Fear of Failure episode where I tell the story of how I asked a silly question about Ice Cream at a stand? My Mental First Draft conjured up a story. The story that asking an obvious question about ice cream means that I must bad at talking to people. Chocolate Chuck Ice Cream. Of course it’s Chunks of Chocolate. The story then was that I was permanently not a smart guy. That not thinking at this must mean I’m not great at thinking at anything. In the revised version, we let go of that story. We edit it to realize that obvious questions come out of everyone, so it’s not personal. It was just a temporary thing, I was able to understand a split second later. Pessimism is useful too! We all have moments where we’re not really thinking about the details. Sometimes we need to be cautious. Pessimism also makes for a great start to a stories. Optimism is what we’re left with at a happy ending. If you’re interested in buying the book, please use my Amazon Affiliate link to support the podcast: Learned Optimism: How to Change Your Mind and Your Life by Martin E.P. Seligman How does your explanatory style help or hinder your creative process? Brian E. Young is a graphic designer and artist in Baltimore, MD.The post Creative Optimism: Uncanny Creativity 37 appeared first on Uncanny Creativity.

Making art often means getting out of the comfort zone. Alan Henry of Lifehacker explains the science of breaking out of your comfort zone: Routine and patterns minimize risk. Making something scares us. Creating something inherently feels risky. Who knows if it’ll be good? The comfort zone feels happy with low anxiety and low stress. This is why most people never make anything. Optimal Anxiety Slight anxiety helps us. “Optimal Anxiety” increases performance. Too much stress and we do poorly. Comfort is the opposite of productivity. Volunteering as a designer helps me escape my routine. It can feel stressful, yet also I’m helping people. Regularly facing fear in controlled ways prepares you better for out of control problems according to researcher Brene Brown: Try this: Venture a new medium, performance art, visual arts, practice new tips. Small tweaks to normal ways of producing art involve exploring your curiosity. Productive Discomfort It gets easier to push boundaries the more you do it. Alina Tugend describes this effect of “Productive Discomfort” for the New York Times. It’s easier to brainstorm if you’re seeking new experiences, new skills. You get used to looking at the world in new ways and question confirmation bias. Old problems will seem new. Try this: Do old things differently. New restaurants, drive a new route, switch out apps you normally use. Take small steps Avoid putting things off. Keep a list of “someday maybes”. Review it regularly to see if they match with your schedule. Always wanted to paint dogs or nudes? What’s the next small step to make that happen. Take small steps. Set small actions. Weekly daily. Think big in the long-term and small in the short-term. If you want to have a huge gallery show, first you need to slowly make painting Try this: find clarity through action. Remember to return to your comfort zone. Have rituals that you return to for comfort. Try this: Slow down or speed up on decisions that you have to make. Be more spontaneous in areas where you’re usually very planned. Try being more calculated in the parts where you usually are carefree The Sweet Spot Between Overconfidence and Anxiety Optimal levels of anxiety tested as middle range by scientist, Business Insider explains. If we’re overconfident, there may not exist enough anxiety to focus and perform the task at hand. With too much anxiety, we’ll have trouble performing even basics of tasks. Self-described worriers tended to have “high levels of brain activity when they made mistakes”. The test became difficult compared to those with less anxiety. Try this: Actively Practice worrying less. Actively practice worrying less. Working out. Meditate. Question and answer the facts behind your worry. Practice optimism. Seek help – friends, family, therapy. Brian E. Young is a graphic designer and artist in Baltimore, MD.The post Escape the Comfort Zone: Uncanny Creativity 41 appeared first on Uncanny Creativity.

How to stop multitasking: Quick Tip 6

Try this: Stop Multitasking. Focus on one task at a time. One aspect of one task. Multitasking even hurts well-practiced habits. A 1990’s experiment on productivity demonstrated that switching between two tasks slowed participants. The experiment was shared by the American Psychological Association. If a participated repeated the same task again and again, they were better at it. Bilingual individuals matched colors and numbers in their native language versus a second language. Working in their native language became more difficult. Switching goals and changing trains of thoughts is hard! Notice when you get distracted and choose to refocus on one thing until your goal is met. We naturally switch tasks throughout the day. Switching from one thing to another less often makes it easier. When you note you’re tempted to start and stop often, gently push yourself back. I always have many projects on all of my lists at every moment. Especially when collaborating, I try to stick with what I’m doing. So if I’m at an improv comedy practice, I’m not talking much about my art and music. When I’m at the piano, I try not to let my mind wander to work or another improv show. I’m at my best when I can just obsess for hours about one thing. Have you faced a problem with focusing? Brian E. Young is a graphic designer and artist in Baltimore, MD.The post How to stop multitasking: Quick Tip 6 appeared first on Uncanny Creativity.