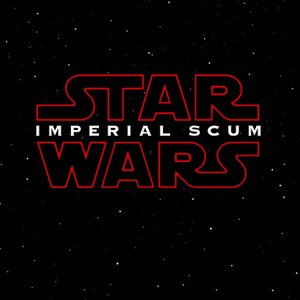 Imperial Scum: A Star Wars Podcast- A show hosted by 3 fanboys where we discuss everything related to Star Wars from films, tv, books and toys.

The final full trailer for Episode 9: The Rise of Skywalker was released so join the boys of Scum aka Chris Barreras, Marc Rissman and John Lehtimaki as they do a complete breakdown scene for scene of the new trailer. Do we have theories? Do we struggle to form complete sentences after such an epic trailer? Give it a download and find out.  Find us on Twitter and Instagram @ScumImperialSearch for our Facebook Group "Imperial Scum"Any feedback? Comments? Send us an email  ImperialScum1977@gmail.com

Attack of the Clones.... Star Wars does Romance....

The boys of Imperial Scum are back! Join hosts Chris Barreras, Marc Rissman and John Lehtimaki as they take a look back at George Lucas' second prequel, Episode II- Attack of the Clones. Does it stand the test of time?  Is the use of green screen so egregious it hurts our eyes?  Does the attempt at romantic dialogue work? Does Marc have a crush on Dex the Diner owner?  Find out what we have to say.  (spoilers we shoot this movie with a Kamino Saber Dart)Question, comments, bitches moans and or gripes?  Email us at ImperialScum1977@Gmail.comImperial Scum is part of the Speakeasy Podcast NetworkFind us on Twitter &amp; Instagram @ScumImperial

Chris Barreras, John Lehtimaki and the returning Marc Rissman are back with a special bonus episode. Its reaction time for all the Disney Plus Star Wars news from D23 2019.  The first trailer for "The Mandalorian"," release date for Season 7 of "The Clone Wars" , the brief "Cassian/K2" news and the whopper of Ewan McGregor returning as Obi Wan for the yet untitled Kenobi series.  Find us on Twitter and Instgram @ScumImperialContact us ImperialScum1977@gmail.comPart of the Speakeasy Podcast Network.

Episode 2- May the Jokes be with you.

Imperial Scum is back.  Join Chris Barreras, John Lehtimaki and special guest Chris Bazaldu as they make the hyperspeed jump into the world of Star Wars Spoofs but before that we discuss Baz's history with the Franchise, the E3 presentation for Jedi Fallen Order, the next trilogies release dates and the launching of StarWars Galaxies Edge at Disney Land (with a special hands on report by Scott Davenport).  So get ready as the guys discuss Spaceballs, the Family Guy Trilogy and Mad Magazine among many others.

Imperial Scum is back!  Join Chris Barreras, John Lehtimaki and Special Guest Kevin Carginan of OutrightGeekery.com (who's subbing in for the mia Marc as he's frozen in Carbonite) as we take a spoiler filled look at The Mandalorian Chapters 1 &amp; 2.  We also have a brief discussion about the new Road to Rise of Skywalker novel "Resistance Reborn" and Chris gives his initial impressions of the first few hours of Star Wars Jedi: Fallen Order.  (Spoiler warning for the Mandalorian, we start spoiler free but at 36:40 we dive over the spoiler wall.  We give fair warning).Imperial Scum is part of the Speakeasy Podcast Network.Questions? Feedback? Hatemail? Contact us Imperialscum1977@gmail.com@ScumImperial on Twitter and Instagram.

© 2020 OwlTail All rights reserved. OwlTail only owns the podcast episode rankings. Copyright of underlying podcast content is owned by the publisher, not OwlTail. Audio is streamed directly from Imperial Scum servers. Downloads goes directly to publisher.