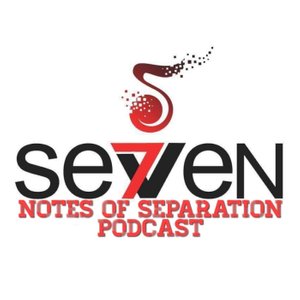 Welcome to Seven Notes of Separation! In each episode, song one and song seven are listener submitted and we connect these two songs using five other songs, all related to the next somehow. In the end, we will have connected song one to song seven. 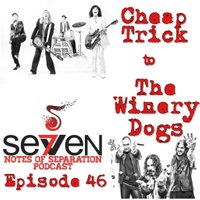 We hit rock, soft rock, jazz, hard rock, an instrumental, and more on episode 46 of the Seven Notes of Separation.  Song one today was submitted by Hans Rees of Lafayette, Indiana’s Frank Muffin…Stiff Competition by Cheap Trick gets us rolling.  Song seven comes from rock trio The Winery Dogs…Blake Watts loves Regret, the song, not the feeling.  Drummers Ringo Starr, Peter Criss, Steve Gadd, and Allan Schwartzberg help us connect it all today.   Drummers rule and so does this show…enjoy!!! 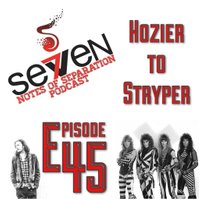 Holy cow, today’s episode of the Seven Notes of Separation Podcast will lift you up!!  We go to church for my mom, as she sent in the Hozier tune, Take Me To Church.  It seems like an easy connection to connect a song about church to a Stryper song, but Byron Alzamora made it tough on us this week when he sent in the Stryper classic, To Hell With The Devil, to close out episode 45.  Leading the congregation today from song one to song seven will be Europe, Rival Sons, and Don Dokken.  Please, join us!!!! 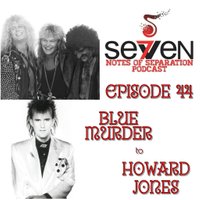 We have a bit of an 80’s extravaganza on episode 44 of the Seven Notes of Separation Podcast…only one song is NOT from the 1980’s this week.  We start with a gem from Blue Murder.  Jelly Roll opens episode 44 for friend of the show, David Cathey.  Closing out episode 44 is an amazing pop song from Howard Jones.  No One Is To Blame and Amanda Burke knows this as she sent in our show closer today.  In order to connect Blue Murder to Howard Jones, we’re going to use Peter Gabriel, Edie Brickell, and AC/DC.  Won’t you join us?? 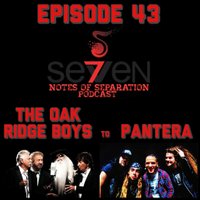 If there was ever a Seven Notes of Separation Podcast episode that surprised me, it’s this one.  We start Episode 43 with a song from Indiana’s own Bill Novack, who wanted to hear Elvira by The Oak Ridge Boys.  Our friend, DJ Higgins, requested we raise the bar for the show closer and bring the heat…so we close with Five Minutes Alone by Pantera.  If you’re gonna connect The Oak Ridge Boys to Pantera, you’re gonna need help.  Thankfully Eddie Money, Geddy Lee, and Steve Jordan give us the help we need to make this show memorable and possible…check it out!!! 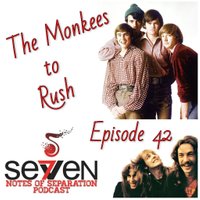 Episode Forty-Two- The Monkees to Rush

A varied roster today as we start the Seven Notes of Separation Podcast with Goin’ Down by The Monkees for my hometown buddy, Jason Webb.  Our show closer goes to the man who shares our content more than anyone else in the world, David Cathey, who wanted to hear Superconductor by Rush.  Connecting The Monkees to Rush was a challenge, but Stevie Ray Vaughan, Iggy Pop, and Run DMC give us all the help we need.  Don’t be afraid…good stuff in this one!!! 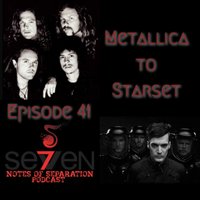 My mom loves Metallica.  That’s apparent as she submitted our first song today, Enter Sandman.  We’ll start there on Episode 41.  Song seven is one of the newest songs we’ve featured on the show, and it was sent in by our friend, Tara La Follette…My Demons by Starset.  Connecting Metallica to Starset, we get some help from Filter, Guns N Roses, and producer, Bob Rock.  Lots of great music in this one…don’t miss this episode of the Seven Notes of Separation Podcast!!!! 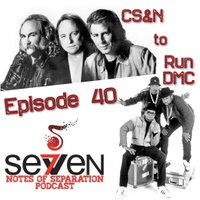 We go over the hill (and out to sea) this week with Episode 40 of the Seven Notes of Separation Podcast.  For song one we take a trip with CSN to see the Southern Cross…that one was sent in by my sister, Carey Bennett.  The final song today is going to be tricky…actually.  It’s Tricky by Run DMC, sent in by back-to-back contributor and still a Seven Notes Of Separation All-Star, Gayle Zech.  Connecting CSN to Run DMC requires help from Ron Nevison, Jake E. Lee, and Bruce Kulick.  Join us each and every episode to see if we can make the connections once again this week!!! 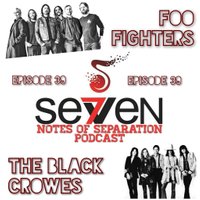 Episode 39 comes out of the gates running with the Foo Fighters and their song, Run, which was sent in by Seven Notes of Separation all-star, Gayle Zech. We wrap it all up with a laid back classic from the Black Crowes, Thorn In My Pride, a song sent in by our friend, Craig Swearingen. Connecting these two, we’ll touch base with Elton John, the Pointer Sisters, and Pearl Jam among others. Check this one out…and enjoy!!! 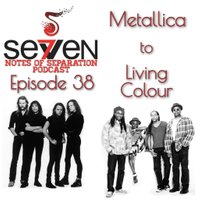 Episode 38 of the Seven Notes of Separation Podcast begins with an epic Metallica classic, One, which was sent in by our great friend, Tara La Follette. At song seven today, we have one of my favorite songs of all-time, the Living Colour gem, Cult of Personality, also a favorite of Allen Tate of the Ages of Rock Podcast. Between these two tracks, we fill in the holes, linking everything with help from Robert John “Mutt” Lange, Anthrax, and Tommy Thayer. This is a great show…check it out!!! 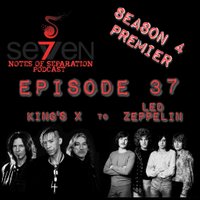 We begin Season Four of the Seven Notes of Separation Podcast with a pick from our friend, Scott Crouch, who sent in song one for today, Dogman by King’s X. We eventually make our way to song seven, which was sent in by Hans Rees, guitarist and singer for Frank Muffin…his pick was the Led Zeppelin classic, Nobody’s Fault But Mine. In between these two gems we’ll hear picks from Ratt, Queen, and the Rolling Stones. Season Four starts right here with Episode 37…join us!!!

© 2020 OwlTail All rights reserved. OwlTail only owns the podcast episode rankings. Copyright of underlying podcast content is owned by the publisher, not OwlTail. Audio is streamed directly from Corey Nowlin servers. Downloads goes directly to publisher.