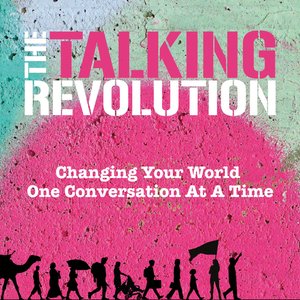 A series about the extraordinary potential of everyday conversation to create positive change at home, at work and in society. 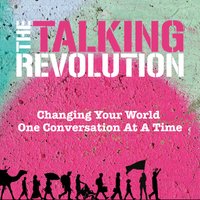 The Politics of Waking Up: a conversation with Indra Adnan and Pat Kane. Pt.2

In this second part of our conversation with Indra Adnan and Pat Kane, co-initiators of The Alternative UK, we explore how we can talk and listen to each other in a way that will shake things up but also encourage the flexibility and openness that’s needed for 'the politics of waking up' to emerge. Both parts of this conversation were recorded before the covid pandemic but we think that - if anything - what we're talking about here and what Indra and Pat are trying to do will become even more relevant in the post-pandemic world.

The Politics of Waking Up: a conversation with Indra Adnan and Pat Kane. Pt.1

Indra and Pat are co-initiators of The Alternative UK, a political platform aimed at transforming the language and practice of UK politics - through what they describe as 'a friendly revolution'. They point out that 98% of people in this country aren't involved in mainstream party politics, except to vote in elections, and even then turnout is low. But below the radar they see a burgeoning range of local, grassroots activism, sparked by many different issues, which isn’t reflected in the mainstream. So - is a new kind of politics emerging, what Indra and Pat call 'the politics of waking up'?

The Disunited Kingdom - so how can we heal? A conversation with Kim Leadbeater and Ros Wynne-Jones

With Brexit upon us, can the divisions of the past four years be overcome? Kim Leadbeater, the sister of murdered MP Jo Cox and Ambassador for the Jo Cox Foundation, joins Daily Mirror journalist Ros Wynne-Jones to talk about the practical actions they are taking to help heal the social ruptures thrown up by this jarring episode in UK history.

Helping, understanding - and revolution: a conversation with Gerard Egan

If some of the basic skills of counselling were used by more of us in our normal everyday conversations, the effect would be revolutionary. That’s the view of Professor Gerard Egan, one of the most influential figures in the world of psychotherapy. His seminal work, The Skilled Helper, is a core text for the profession and has been in print continuously since its publication in 1973 - it’s currently in its eleventh edition. Gerry has been a big influence on our work from the outset, and we were delighted to be able to sit down with him in London recently, and catch up on his current passion…

Trauma, Tea and Stickies - a conversation with Marina Cantacuzino and Jo Berry

The idea of talking to someone who's caused us immense pain is always hard, and sometimes impossible, to imagine. But people like Marina Cantacuzino and Jo Berry are proving that well-handled conversations can lead to not just to reconciliation, but to transformation. In this episode we ask them about their approach. Marina is the founder of The Forgiveness Project, which gives a voice to survivors and perpetrators of crime and conflict who have rebuilt their lives following hurt and trauma. Jo is best known for her work on reconciliation with Pat Magee, the former IRA member who in 1984 planted the bomb at the Grand Hotel in Brighton that killed her father, Sir Anthony Berry MP.

Open, productive conversation can easily be stifled when there’s a difference, real or perceived, in the status of those involved. This is one of the many problems outlined in  ‘Somebodies and Nobodies’ the excellent book by  the American academic, writer and campaigner Robert W. Fuller. It's a passionate exposé of one of the last great ‘isms’ - rankism - which, like racism and sexism, deserves a special place in the dustbin of history. Anybody who’s ever felt the sting of being made to feel a 'nobody' by a (supposed) 'somebody' will instantly recognise the picture he paints - and maybe even want to do something about it...