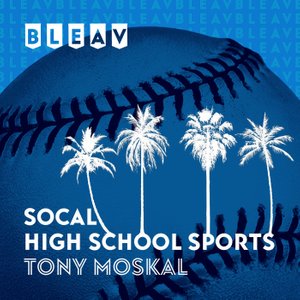 The Bleav in SoCal High School Sports Podcast offers listeners a unique look at prep sports in Southern California. Host Tony Moskal speaks with athletes, coaches and media members to break down the latest news and biggest stories. Who will be the next great college QB out of SoCal? How did the area's top coaches reach the pinnacle of the profession? What are the challenges to covering high school sports in the region? Listen to find out.

This week I head back to my alma mater, Crespi High School to speak with Head Coach Dameon Porter.  We talk about his career in the Arena Football League, playing football at Wayne State in Nebraska as well as legendary Crenshaw Coach Robert Garrett.  Coach Porter talks about trying to rebuild the program at Crespi … Continued

Today Tony Moskal talks with Rob Wigod the commissioner of the CIF Southern Section.  They discuss the state of the CIF, transfers, playoff equity and Rob’s background in sports and administration. 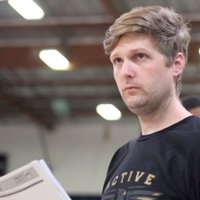 In this episode of the Bleav In SoCal High School Sports Podcast, Devin Ugland joins the show to preview playoff basketball in the City and Southern Sections. Which player has the most to gain in the next few weeks? Which teams will surprise? Who will come out on top? Listen to find out. 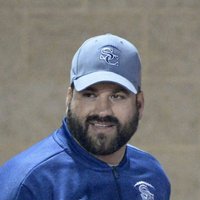 In episode nine of the Bleav In SoCal High School Sports Podcast, Connor speaks with Sierra Canyon football coach Jon Ellinghouse about his coaching roots, how he has built Sierra Canyon into a highly respected program and what’s next for him in the future. 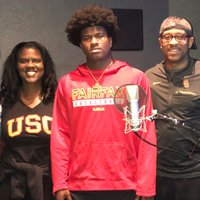 In this week’s episode, Connor speaks with USC Basketball signee Ethan Anderson as well as his parents Kevin and Pam. The conversation mainly focuses on how Ethan went from a boy with a dream to one of the top players in the nation.

On this weeks pod cast Hart High School QB Zach Johnson joins Tony. Hart has produced some of the best high school qb’s in the last 25 years. Tony and Zach talk the QB legacy at Hart, his commitment to Cal, the upcoming season, the rivalry with Valencia, how he got his father who is … Continued

On this week in high school sports Tony Moskal veers away from football and talks cross country with Crescenta Valley head coach Rob Evans.  Rob won a CIF Div 2 championship and a state championship while he was the HC at Golden Valley High School.  Rob is continuing the excellence at his alma mater. 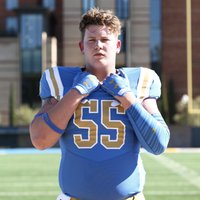 This week, Sierra Canyon offensive lineman Josh Carlin joins the show. The UCLA signee discusses his relationship with Chip Kelly, his mean-streak on the field and his response to media members who say his UCLA recruiting class is underwhelming.

This week Sierra Canyon Head Coach Jon Ellinghouse joins me as we talk about building a program from the ground up. From having 6 kids at his first practice, playing 8 man football to building one of the most respected premier programs in California. John talks about the Sierra Canyon family, his excellent coaching staff … Continued 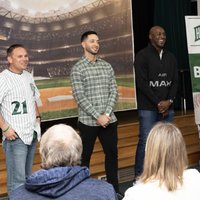 Granada Hills baseball coach Matt Matuszak joins the show to discuss how got into coaching, his days as a groundskeeper for the San Francisco Giants, and his professional poker career.

This week I am joined by Larry Muir from Valencia High School. We talk his playing career at UCLA, how he got started at Valencia, starting a program, building a culture, the unique and amazing involvement of his wife teaching leadership and more.

This week Dean Herrington head coach at Paraclete joins Tony as they talk his experience as a high school asst, junior college asst, division 3 college asst and high school head coach. Dean discusses the MANY fantastic QB’s he’s coached, his thoughts on the new fad of 7 on 7 and much more. 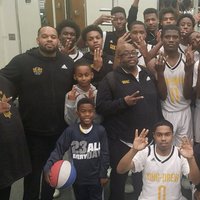 In the second episode of the SoCal Sports Stories Podcast, King/Drew Boys Basketball Coach Lloyd Webster discusses how the LA Teacher strike affected his team, his students and his teaching colleagues at King/Drew and in LAUSD. 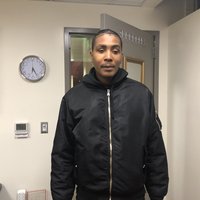 In December, Danny Williams took over as head basketball coach at Fremont High. In the team’s first game with Williams at the helm, Fremont lost 80-65 on the road against Crenshaw. Fast-forward a few months and Fremont is in the Division I basketball semifinals in Los Angeles. It’s been a fantastic turnaround. Williams has done … Continued

This week Tony ventures up the coast of California to the beautiful football town of Lompoc to speak with Head Coach Andrew Jones about football on the Central Coast, running the football, the splitting of some teams to the Central Section and much more.

This week on Bleav West Ranch and Legacy Club volleyball player Allison Jacobs talks being a 3 sport athlete, playing over seas, winning a gold medal in Egypt, her olympic dreams and much more. 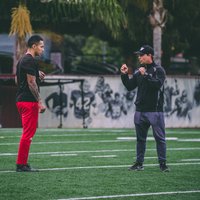 Throw To Win quarterback coach Sam Fisher joined the show this week to discuss how he develops QB’s, his acting days in LA, how he has made a name for himself in the coaching industry and much more.

On this weeks episode Tony Moskal continues to discuss some of the hot button issues with CIF Commissioner Rob Wigod.  They discuss the public vs. private issue, CIF Championship venues, new sports having CIF Championship games and more…..