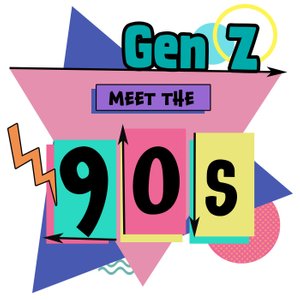 Chris is a Gen Z. Lydia is a millennial. Lydia grew up on all things 90's, the fashion, the Saturday morning TV but mostly the films! In a horrifying turn of events, Chris somehow managed to evade 90's culture all together. Not to worry though, Lydia is here to teach him everything she knows.Each week Lydia introduces Chris to a classic 90's film or show he's missed out on and together they chew over and laugh at the greatest decade ever! Join us for some major 90’s nostalgia. 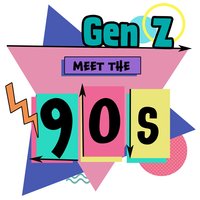 The One With My Girl

On this pod Chris and Lydia get emotional about My Girl the 1991 American coming-of-age comedy-drama film directed by Howard Zieff, written by Laurice Elehwany, and starring Dan Aykroyd, Jamie Lee Curtis, Macaulay Culkin, and Anna Chlumsky.

The One With Forrest Gump

In this episode Chris and Lydia go together like peas and carrots as they chew over the 1994 American comedy-drama film Forest Gump. Directed by Robert Zemeckis and starring Tom Hanks, Robin Wright, Gary Sinise, Mykelti Williamson and Sally Field.

The One With Space Jam

The One With Pretty Woman

Chris is in a brown and white polka dot dress and Lydia is stomping the divots as they talk about the 1990 American romantic comedy Pretty Woman, staring Julia Roberts and Richard Gere.

The One With Groundhog Day

On this episode Chris and Lydia are reliving the same conversation over and over again as they watch the 1993 American fantasy comedy Groundhog Day starring Bill Murray.

The One With The Parent Trap

On this episode Lydia and Chris travel from California to London and watch the 1998 romantic runaround comedy, The Parent Trap.

The One With The Mighty Ducks

On the first episode Lydia and Chris watch the 1992 American sports comedy, The Mighty Ducks.

© 2020 OwlTail All rights reserved. OwlTail only owns the podcast episode rankings. Copyright of underlying podcast content is owned by the publisher, not OwlTail. Audio is streamed directly from Chris and Lydia servers. Downloads goes directly to publisher.