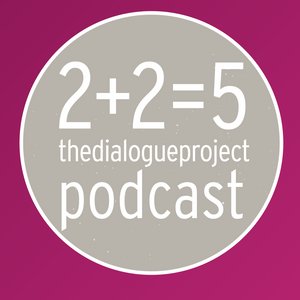 A series of intimate conversations with ordinary and extraordinary people recorded, edited and shared by Karl James The Dialogue Project. 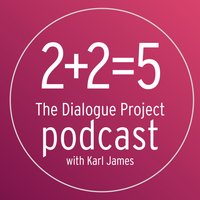 Karl talks to Patricia Hamzahee about listening as a survival skill, being an ally, paying attention and the difference between equality and equity. (And Patricia has a great story about what happened recently when a Black Lives Matter protester was given the stage at a Make America Great Again rally.)

my mum on death

A no holds-barred and occasionally raucous conversation around one of the trickiest subjects of all: death and dying. Karl and his Mum have always been able to talk openly about most things. But as Jilly gets older they have had up until now only vague conversations about how to deal with the end of her life. Jilly has always insisted she wants to be in control of her own life - and that includes her death. But not only is she frank and incredibly open about choosing how to die, in this hour long episode to mark the beginning of a new season of podcasts, she talks to her eldest son about the deaths of other people that she has found uplifting, important and sometimes deeply traumatic. WARNING: This conversation includes explicit references to sexual abuse, violence as well as tenderness, love and laughter.

For a long time now I've been interested in listening to children. And it seems to me that between the ages of eight, nine and ten there's a kind of special time. Children of this age are conscious of the world, but not too badly spoilt by it. They have something to say, they're prepared to speculate but they'r equally happy to listen to other opinions. The necessity to be right doesn't quite seem to have taken hold yet. I'm looking at this territory in an ongoing way but for now I wanted to share with you a mini edit that I put together as a proposal to BBC Radio 4 - I thought they might be interested in me making a programme that gave just a few young people a voice and offered those of us who are a little older perhaps the opportunity to hear them. The BBC weren't interested. But one day I'm going to make a series of podcasts on it anyway, without having to worry about the squeezing it into anyone else's guidelines. So - here, for now, is an idea of the kind of conversations I'm interested in having with young children. 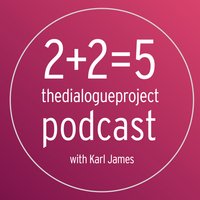 One of the most extraordinary conversations in the series so far. In the early summer of 2014, a man called Colin called Karl out of the blue to say there was someone he felt might be interesting for him to talk to. A date and time were quickly arranged and soon Karl was travelling up to East Anglia to meet both Colin and Celia in person. Within just a few seconds of the conversation beginning, it becomes clear that Celia's story is a truly extraordinary one. It's a story that contains chapters of almost unbelievable emotional and physical cruelty: a child deprived of some of the most basic things in life and a young woman who finds herself in a relationship that is as cruel and as unloving as you can probably imagine. It's a compelling story. And in some ways, it's a horror story. But finally, it's a story of hope, carried and ultimately transformed by the incredible character of someone who will simply not be beaten down and whose belief and faith in life and love triumphs with an audibly glorious smile - and a big hug. Celia passed away in April 2019 but her capacity to inspire courage and resilience in the face of adversity lives on.

A fascinating, moving and sometimes profane conversation between Karl and the hugely talented Isobel Anderson, singer, song-writer and sound artist. The conversation, with Isobel's music as an underscore, is about tinnitus, pain and the effect these two things have had on Isobel's life and work. It features Isobel's song LIttle Sounds of Pain from her new album In My Garden which you can download from her website isobelanderson.com and is released in conjunction with the British Tinnitus Association who do such great work in helping the millions of people who have to integrate tinnitus into their daily lives.

A challenging but inspiring conversation for anyone who is feeling robust enough to listen to it. At the age of 15, Jane was attacked and raped in her own home. In this edit she talks honestly and graphically to Karl about what happened to her that night, how it affected her as a young woman and how she overcame the incredible ordeal she went through and began to come to terms with it. Please note this is not a conversation for children. Do get in touch with us if you want to know more about The Dialogue Project or go to http://understandingdifference.blogspot.com/ A transcription of this conversation is available on http://yousend.it/why_not_me_part1_transcription

a different kind of justice

A compelling rendition of a story about forgiveness, empathy and the courage to change. A podcast of Karl's first show for BBC Radio 4, A Different Kind of Justice, produced by Russell Finch for Somethin' Else, first broadcast in January 2013. In the show, Karl reveals the inside story of a Restorative Justice meeting between Ian and Margaret a burglar and his victim, tracing the effects on everyone involved. This show received an enormously positive response after its first broadcast in the UK. For more conversations listen to the podcasts on iTunes or go to Karl's blog http://understandingdifference.blogspot.com/

The first unedited 12 minutes of Karl talking to Margaret in preparation for their conversation that was to become part of Karl's first programme for BBC Radio 4, A Different Kind of Justice, first broadcast on January 11th 2013. This is an addendum to the show in order to answer some of the many questions that have been asked as part of the overwhelming response to the programme. With thanks to Russell Finch at Somethin' Else who produced the BBC show. For more conversations listen to the podcasts on iTunes or go to Karl's blog http://understandingdifference.blogspot.com/

if i wasn't optimistic

A conversation conducted In New York between Karl James and Sandra who runs the Village Postal Center in Greenwich Village. Sandra is a positive, energetic woman with a rich, warm gorgeous New York accent that has to be heard to be believed. Over the counter she talks with Karl about life, love and loss and how the way she used to navigate her way through her home town has changed since the Twin Towers were destroyed. For more conversations listen to the podcasts on iTunes or go to Karl's blog http://understandingdifference.blogspot.com/

Understanding difference and the art of listening. On March 12th this year, Karl was asked to talk with the writer Roman Krznaric at the Stone Club in London on Listening and Empathy. This is a specially recorded podcast version of that talk, in which Karl talks about terror, possibility and difference. He shares what he calls the four lenses of listening and talks about why listening is the subtlest and sharpest of dialogue skills. For a transcript of this talk see Karl's blog on http://bitly.com/understanding_difference

© 2020 OwlTail All rights reserved. OwlTail only owns the podcast episode rankings. Copyright of underlying podcast content is owned by the publisher, not OwlTail. Audio is streamed directly from The Dialogue Project servers. Downloads goes directly to publisher.