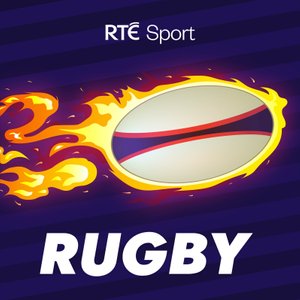 The RTÉ Sport team bring you the latest news from the world of rugby, as well as interesting features and discussions around the big issues in the sport. 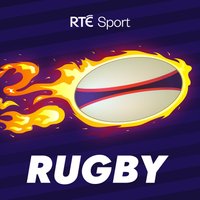 Hugh Cahill is joined by Donal Lenihan and Bernard Jackman as we break down the key battlegrounds ahead of Ireland v New Zealand this Saturday. The panel also look through what has been another week to forget in Irish women's rugby after current and former players voiced their unhappiness with director of women's rugby Anthony Eddy.

The panel discuss the Ireland team to play against Japan on Saturday.

Former Ireland international David Wallace joins Michael Glennon to discuss the Autumn Nations Series, his back row picks, and why it's so special to play against the All Blacks.

Neil Treacy is joined by Bernard Jackman, Fiona Hayes and Wes Liddy on this week's RTÉ Rugby podcast, as we recap round 5 of the URC, and look ahead to Ireland's Autumn Nations Series. The panel discuss Connacht's 'best performance under Andy Friend', while we rule the rule over Andy Farrell's squad for the Autumn Nations Series.

RTÉ Rugby podcast: 'The safe thing to do would be to criticse me' - Michael Bent looks back on the highs and lows of his career

Neil Treacy speaks to former Leinster and Ireland prop Michael Bent about his nine seasons at the province. The New Zealand-born tighthead discusses how he was often unfairly singled out for his performances before going on to be a cult hero at Leinster when he retired in 2021.

The panel review round 4 of the United Rugby Championship and Andy Farrell's Ireland squad for November.

Neil Treacy speaks to Cian Kelleher and David Johnston about the growing Irish influence at Premiership hopefuls Ealing Trailfinders, and the cutthroat nature of the professional game in Ireland.

The panel review round 2 of the United Rugby Championship where Connacht were the best of the Irish.

The panel discuss the fallout from the Ireland women's failure to qualify for the World Cup. Leinster coach Stuart Lancaster reflects on their win over the Bulls.

© 2020 OwlTail All rights reserved. OwlTail only owns the podcast episode rankings. Copyright of underlying podcast content is owned by the publisher, not OwlTail. Audio is streamed directly from RTÉ Sport servers. Downloads goes directly to publisher.