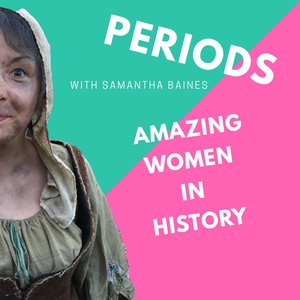 Comedian Samantha Baines celebrates amazing women in history with awesome modern-day women and non-binary peeps. Each episode features incredible guests joining Sam to share their achievements and experiences and talk about the heroines that inspired them to succeed. From topics serious to silly, subscribe for your weekly, no holds-barred chat between awesome wo-men (which are the same as men, just with a little more 'wooo') every Thursday.Follow us on @periodspodcastSubscribe @acastAnd find out how to get in touch at podcastpioneers.comListen on iTunes &amp; Acast 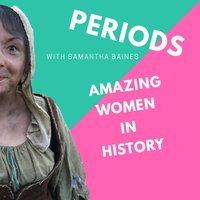 Movement, performance and following your flow - that’s what today’s episode is all about. Sam’s joined by director and choreographer to the stars Alexandra Green and broadcaster, burlesque performer and drag performer Wayne Carter.And it's a 20th Century period with today's inspiring women: Katherine Dunham and Marsha P JohnsonAlexandra: "Everything that we are is movement”Wayne: “These are the people that paved the way to make us as free and comfortable as we can be”Alexandra explains how she loves to work daily with dancers to coach and coax confidence out of them and help their talent grow. Ali also has some showbizzy credits working on music videos and in film with stars like Jess Glynne, Emeli Sande and Stormzy. She’s picked Katherine Dunham as her inspirational woman from a list of incredible dance mothers. This anthropologist, dancer, author, scholar and activist has been described as a one-woman revolution. Born in Chicago in the early 20th Century, she lived as a catalyst for change and used dance to challenge issues such as segregation, racism and treatment of refugees in the arts and beyond.Wayne talks about using laughter to question the norm. Having started on stage in Australia, he moved to the UK and transitioned from stand-up comedy into his gender-bending drag.They discuss how drag has moved towards the mainstream and how London helped Wayne expand his creative career on a new level. He picks Marsha P. Johnson, one of the first trans women present at the '69 Stonewall riots, as his inspiring woman. They question why this person and the role of trans women is often overlooked in historical accounts of society-shaping events such as Stonewall.Wayne talks about the importance of remembering historical events such as Stonewall when enjoying the rallies, marches and cultures that are being experienced and celebrated by wider society today. We also find out about the importance of finding a safe space and community when overcoming challenges of depression and anxiety.The guys also cover seeking identity and gender through movement and why we need to get past tired gender stereotypes!Follow our guests:Alexandra Greenhttp://www.alexandragreendance.com@alexandragreendance on Facebook@allygreendance on Twitter and InstagramWayne Carter@1waynecarter on Twitter@drivingyouhomopodcastDriving you Homo podcasthttps://itunes.apple.com/gb/podcast/driving-you-homo/id1306391887?mt=2@periodspodcastSee acast.com/privacy for privacy and opt-out information.