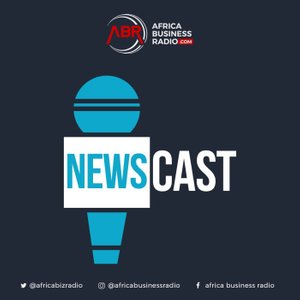 We bring you various leading news from across Africa, on business, economy, market, and politics. Towards A Profitable Africa. 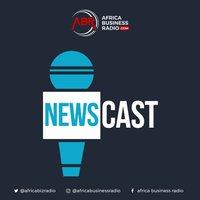 Oil prices were little changed at 5-month highs on Thursday, as investors weighed a resurgence in COVID-19 infections in some places around the globe that could slow a recovery in fuel demand against a fall in the US dollar and the prospect of a fresh stimulus in the US. WTI crude fell 0.2% to $42.1 a barrel, while Brent crude rose 0.1% to $45.2 a barrel during early European trading. Learn more about your ad choices. Visit megaphone.fm/adchoices

The Reserve Bank of India kept its benchmark repo rate at 4 percent during its August meeting, surprising markets that expected a 25 bps rate cut, to ensure inflation remains within target going forward following a recent climb in prices due to the coronavirus pandemic. Headline inflation rate has been above the central bank's 4 percent target since the beginning of the year and it is expected to ease only in the second half. The RBI has slashed the repo rate by 115 bps this year, aiming to support the economy amid a steep recession due to the outbreak. Learn more about your ad choices. Visit megaphone.fm/adchoices

The Bank of England voted unanimously to maintain the key bank rate at a record low of 0.1% on August 6th 2020, in line with market forecasts. The Committee voted unanimously for the Bank of England to continue with its existing programmes of UK government bond and sterling non-financial investment-grade corporate bond purchases, financed by the issuance of central bank reserves, maintaining the target for the total stock of these purchases at £745 billion. The Committee does not intend to tighten monetary policy until there is clear evidence that significant progress is being made in eliminating spare capacity and achieving the 2% inflation target sustainably. Learn more about your ad choices. Visit megaphone.fm/adchoices

The US-backed AFRICOM has warned that the Islamic State and Al-Qaida terrorist groups are gradually taking over the West African region after being displaced in Syria and Iraq.The Commander of the US Special Operations Command, Africa, Maj. Gen. Davin Anderson, while speaking during a virtual media briefing with journalists on Tuesday noted that the extremist groups have begun deploying strategies to re-establish themselves in the region and expand further in the continent without drawing attention.He said Al-Qaida had expanded in Mali and had moved into northern Burkina Faso, where they attacked infrastructure, took out local governance and security forces, and are now controlling the local economy and exerting control over the population. Learn more about your ad choices. Visit megaphone.fm/adchoices

Japan on Thursday marks 75 years since the world’s first atomic bomb attack, with the coronavirus pandemic forcing a scaling back of ceremonies to commemorate the victims.Survivors, relatives and a handful of foreign dignitaries will attend this year’s main event in Hiroshima to pray for the victims and call for world peace.The general public will however be kept away, with the ceremony instead broadcast online.Mayor Kazumi Matsui told reporters that the annual commemoration is Hiroshima’s mission of calling on people across the world to work towards peace. Learn more about your ad choices. Visit megaphone.fm/adchoices

Facebook and Twitter have penalised Donald Trump and his campaign for posts in which the president claimed children were "almost immune" to coronavirus.Facebook deleted the post a clip from an interview Mr Trump gave to Fox News saying it contained harmful Covid misinformation.Twitter followed by saying it had frozen a Trump campaign account until a tweet of the same clip was removed.A Facebook spokesperson on Wednesday evening said the video includes false claims that a group of people is immune from COVID-19 which is a violation of our policies around harmful COVID misinformation.It was the first time the social giant had taken action to remove content posted by the president based on its coronavirus-misinformation policy, but not the first time it has penalised Mr Trump over content on his page.On Wednesday, Twitter also said it had frozen the @TeamTrump account because it posted the same interview excerpt, which President Trump's account shared. Learn more about your ad choices. Visit megaphone.fm/adchoices

TikTok has said it plans to build a $500m (£375m) data centre in Ireland.It will store videos, messages and other data generated by European users from the short-form video-sharing app.Until now all of its users' records were stored in the US, with a back-up copy held in Singapore.The announcement comes at a time when President Trump has threatened to ban the app in the US on the grounds its Chinese ownership makes it a national security risk.TikTok's Beijing-based parent company Bytedance denies the charge. However, it is in talks to sell its US, Canada, Australia and New Zealand operations to Microsoft. Learn more about your ad choices. Visit megaphone.fm/adchoices

Mozambican President Filipe Nyusi has announced another 30 days of emergency from Friday midnight in a bid to limit the spread of coronavirus.This is the second time the country has declared a health emergency since March when it confirmed its first case.In a televised address on Wednesday night, President Nyusi outlined a phased easing of restrictions.Phase one starts on 18 August with the resumption of classes at higher education institutions, military academies and technical training institutes. Religious gatherings will be allowed but limited to 50 people.The number of people at funerals will be raised to 50 from 20, except if the deceased died of Covid-19, in which case the number of attendants remains at 10.In phase two starting September, cinemas, casinos and gyms may reopen.The third phase starting in October will see final year students in secondary schools resuming classes.Bars will remain closed indefinitely. Learn more about your ad choices. Visit megaphone.fm/adchoices

Botswana's government has banned the sale of alcohol and suspended all liquor licences.A gazette notice said the suspension was until further notice. All alcohol selling stores will remain closed.The reason given for the ban was that alcohol had "negative effects on adherence to Covid-19 protocols".Last week, the government reinstated a strict lockdown in the capital, Gaborone, for two weeks to curb rising cases. Learn more about your ad choices. Visit megaphone.fm/adchoices

Gambian President Adama Barrow has declared a state of emergency and introduced nationwide night curfew for 21 days as coronavirus cases keep rising.The president said the borders and airspace will remain closed except for cargo, diplomats and those seeking treatment abroad.He said the rising cases were "worrisome.The vice-president and three ministers are among those infected by the virus, but the president tested negative on Monday.Worship places remain closed in the country and schools will only allow final year students to sit for exit examinations from 17 August.All markets and shopping areas will close every Sunday for cleaning and fumigation. Learn more about your ad choices. Visit megaphone.fm/adchoices