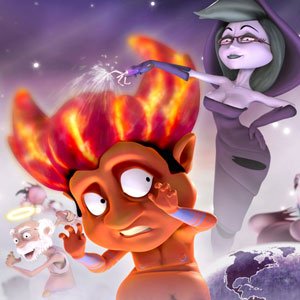 An Animation and VFX delelopment diary for a Short Computer Graphics film. Director, Michael Cawood, charts the progress of a colaborative project involving the talents of a team of artists working across the globe. Michael interviews artists and film makers while giving status updates on the project and insights into the challenges of the project as it progresses. 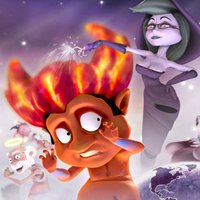 Ep013 - "Why we do things the way we do" with Director, Michael Cawood

Director, Michael Cawood talks talks to the team about why we do things a certain to explain some of the unique decisions that have been made in order to keep this very unique production moving along smoothly.

Michael Cawood talks to Ryan Hagen about animating the Devil. They take a detailed look at the thought processes behind the performances and the challenges of working on the film. This is part two of this discusssion.

Ep011 - Modelling the Devil with Ryan Hagen and an update for Devils, Angels and Dating

Director, Michael Cawood talks to Ryan Hagen about his long term involvement with the film including modelling the Devil character and he how got involved in the first place. This is the first part of a two part discussion. This episode also includes a project update from the Director.

The VFX artist known as Softdistortion and Michael Cawood talk about colaborative filmmaking over the internet, then he takes the opportunity to give a status update on Devils Angels and Dating.

Michael Cawood, talks to two other Directors working on the colaborative CG Short Films Hick and The Gondoliers Dog. He also gives a project update for Devils Angels and Dating.

Michael Cawood, talks to two other Directors working on the colaborative CG Short Films Hick and The Gondoliers Dog. Both using the Ning platform to manage their projects.

Director, Michael Cawood, talks to voice performer Justin Barrett about his work bringing the characters of Cupid and Devil to life. Then Michael gives a status update for Devils Angels and Dating.

In this episode Michael talks to our friend Lucas Martell about making short animated films and the challenges of working on his own film Pigeon Impossible which was recently released on his website. Then Michael will give a status update for Devils Angels and Dating.

In this Podcast the Director, Michael Cawood, talks to two Full Sail University graduates who have both joined the team. First up will be Modeler, Chris Culverwell then he talks to Bobby West who’s been doing Lighting. Michael then gives us a status update of the film along with some new story elements. Please visit the website at DevilsAngelsAndDating.com

In this Podcast the Director, Michael Cawood, talks to team member Iskander Mellakh. Michael then goes over a quick Filmography of his work before giving us a status update of the film. Please visit the website at DevilsAngelsAndDating.com

© 2020 OwlTail All rights reserved. OwlTail only owns the podcast episode rankings. Copyright of underlying podcast content is owned by the publisher, not OwlTail. Audio is streamed directly from Michael Cawood servers. Downloads goes directly to publisher.