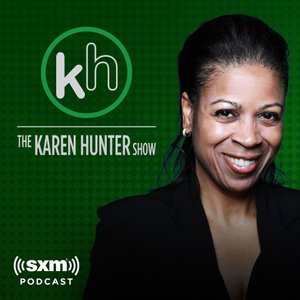 The Karen Hunter Show teaches the keys to entrepreneurial success in the industries of sports, politics, entertainment and so much more, directly from the celebrities and civilians who have personally created brands from the ground up.

The Karen Hunter Show teaches the keys to entrepreneurial success in the industries of sports, politics, entertainment and so much more, directly from the celebrities and civilians who have personally created brands from the ground up.

END_OF_DOCUMENT_TOKEN_TO_BE_REPLACED

AMERICAN EXPERIENCE Presents Zora Neale Hurston: Claiming a Space - a new in-depth biography of the influential author whose groundbreaking anthropological work would challenge assumptions about race, gender and cultural superiority that had long defined the field in the 19th century. Directed by Tracy Heather Strain, produced by Randall MacLowry and executive produced by Cameo George.


Tracy is based in Middletown, Connecticut, and though she interested in many things, she spends much of her time making films. She is drawn to individual stories that reveal the ways that race, gender, ethnicity, class and sexuality work to shape lives and reflect and challenge society’s historical, artistic, political and cultural narratives. Her films in the series Unnatural Causes: Is Inequality Making Us Sick?, Race: The Power of an Illusion and I’ll Make Me a World: A Century of African American Arts serve as early exemplars. She is presently in post-production for the 2-hour feature film Zora Neale Hurston, which will premiere in early 2023 on the PBS series American Experience.

With Sighted Eyes/Feeling Heart, the first feature film about Lorraine Hansberry, she incorporated my 35-year practice, rooted in discovering, researching and directing new and often unknown stories to advance social justice, build community and empower the marginalized into a documentary described by Robin D. G. Kelley as “a gorgeous visual love letter…in its brilliance, honesty, and vision.” After its premiere at the 2017 Toronto International Film Festival, the documentary subsequently won several awards including a Peabody and NAACP Image Award for directing.


She makes my documentaries through The Film Posse, the production company she co-founded with her partner and colleague Randall MacLowry. My next independent project is Survival Floating, a hybrid documentary investigating African-descended peoples’ relationships with swimming.

The Reecie Colbert Showis your one-stop source for politics, culture, current events, entertainment, and lifestyle talk. As a call-in talk show, the Reecie Colbert Show is like getting an invite to the cookout every Saturday, and she would love to hear from you. The conversation will always be lively, engaging, and, most of all, unfiltered.

UzObi, Inc. is the first health technology company to specialize in providing ethically guided values-based health care decision-making tools to patients through their providers, insurers and hospital systems. UzObi empowers patients to have their identities and voices at the center of all health care decisions from routine, emergency to end of life medical decisions.

Bio: Dr. Nneka Sederstrom received her BA in Philosophy from George Washington University in 2001. She began her career at the Center for Ethics at Medstar Washington Hospital Center in Washington DC the same year. She completed her Masters in Philosophy and Public Policy from Howard University in 2003 and proceeded to begin her PhD studies in Medical Sociology and Race, Class, and Gender Inequalities at the same university.

After beginning her PhD studies, she was made Director of the Center for Ethics and Director of the Spiritual Care Department. She proceeded to hold these positions until she left to join Children’s Minnesota in March 2016 where she served as the Director of the Clinical Ethics Department for almost 5 years. She has recently joined the executive leadership team at Hennepin Healthcare System as the new Chief Health Equity Officer where she will lead efforts in addressing health disparities, equity, and antiracism in the institution and community. Her PhD is in Sociology with concentrations in Medical Sociology and Race, Class, and Gender Inequality, MPH in Global Health Management, and MA in Philosophy.

Nkonde is a much-needed trailblazer and truth-teller in tech during a moment that demands more scrutiny over what we see, believe and understand to be real, accessible, and safe. Named a Global Leader in Digital Human Rights by the Ouano.Foundation, she is one of the leading voices on artificial intelligence, data, social media and digital spaces.


Mutale is an expert in racial justice and tech, a UN advisor and founder and CEO of Emmy-winning communications firm AI for the People – an organization that supports and retains more Black people in the tech field and works with journalists,policymakers, media and others to increase public understanding about how AI, web3 and quantum computing are changing and harming Black lives. Among the few Black women thought-leaders in tech, Mutale’s story is one of overcoming the odds while being underestimated – a journey relatable to many Black women and girls working to prove their worth every day.

Mutale is a leader in a movement to empower and protect Black communities with her ability to translate the technological into the accessible so data and technology work for and not against them. She believes deeply that Black people must be free from unnecessary and unwarranted surveillance and oppression.


An acclaimed policy analyst and researcher who has come through non-traditional avenues. Mutale got her start as a journalist in New York City. Today, she writes and speaks widely at conferences nationwide and worldwide about racism, culture, racial identity and technology.

Mutale has partnered with Google to improve diversity and inclusion work. She is a member of the TikTok Content Moderation Board, an affiliate of  the Stanford University Digital Civil Society Lab, a former fellow at the Berkman Klein Center of Internet and Society at Harvard University, and an alumni of the Institute of Advanced Study at Notre Dame.

Mutale was a proud part of the team that introduced the Algorithmic Accountability Act into the US House of Representatives in 2019, and  testified to the House Energy and Commerce Committee to support the Act when it was reintroduced in 2022.

In 2022 Mutale was a delegate at the first session for the UN Permanent Forum of People of African Descent, where she advocated for algorithmic bias to be considered a human rights violation. During 2020 she partnered with E. Tendayi Achiume, the former UN Special Rapporteur on contemporary forms of racism, racial discrimination, xenophobia and related intolerance, on a report on Techno Racism.

She is a visionary and innovator who dreams of a more just digital and social era that protects civil and human rights for Black women and Black communities.

Mutale was born in Zambia, raised in Britain, and has lived in Russia, the Arab Emirates and Japan. She lives in New York City with her children. She enjoys traveling and is looking forward to being an empty nester.

Monica Lewis Patrick - ‘The Water Warrior;’ Educator, Entrepreneur, and Human Rights Activist/Advocate; President & CEO of We The People of Detroit

Dr. Greene has committed her life to teaching, learning, and scholarship. Professor Greene’s research and scholarly work include composition, African American literature, and multicultural literature. She is editor of The African Presence and Influence on the Cultures of the Americas ; co-editor of Resistance and Transformation: Conversations with Black Writers ; Meditations and Ascensions: Black Writers on Writing ; Redefining Ourselves, Black Writers in the Nineties; and Rethinking American Literature ). She has also written extensive essays, grants, book reviews, and presentations in English Studies. Dr. Greene’s educational leadership and professional accomplishments span more than 40 years and she is known as an educational leader at Medgar Evers College and within CUNY. She is the visionary behind groundbreaking public and academic programs that support Black Writers and host of the long-running weekly program, Writers on Writing, heard on New York airwaves (WNYE, 91.5 FM) and globally online.