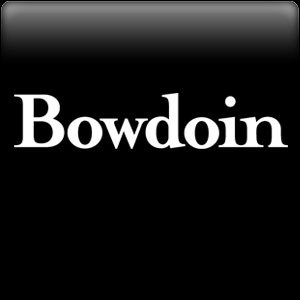 The Common Hour aims to provide an occasion for faculty, students, and staff to absent themselves from daily concerns, gather in common spaces, and engage in the ideas of speakers and the presentations of artists, and with each other in discussion of shared interests and concerns. 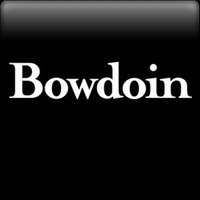 "You Can't Say That! Keeping Terrorists, War Crimes and Gay Marriage off TV." Henry Laurence is an associate professor of government with a joint appointment in Asian studies at Bowdoin. He teaches courses in Japanese and comparative politics, media and politics, and international political economy. In 2007–2008 he was a research associate at the Reuters Institute for the Study of Journalism at Oxford University. He is currently writing a book on broadcasting politics that compares the BBC, PBS, and Japan's NHK. He has also written on financial politics, the "Comfort Women," Japanese gangsters, the Asian currency crisis, and satellite television.

Senator George J. Mitchell was born and raised in Waterville, Maine, and graduated from Bowdoin College and Georgetown University Law Center. He entered the U.S. Senate in 1980 and went on to an illustrious career in the Senate that spanned fourteen years. In January 1989 he became Senate majority leader. He held that position until he left the Senate in 1995. During his tenure, Senator Mitchell earned enormous bipartisan respect. It has been said "there is not a man, woman, or child in the Capitol who does not trust George Mitchell."

Tracy Kidder is well known for his powerful and inspiring book Mountains Beyond Mountains. In this book he tells the story of Dr. Paul Farmer, a single-minded physician bent on improving the health of some of the poorest people on the planet.

Assistant U.S. Secretary of State Christopher R. Hill '74 head of the U.S. delegation to the six-party talks on the North Korean nuclear issue, spoke at Common Hour Friday, February 16, 2007. Hill discussed recent developments in the talks during his presentation entitled "A Report from the Denuclearization Talks in Beijing."

Evan Wolfson is the Executive Director of Freedom to Marry, the gay and non-gay partnership working to win marriage equality nationwide. Mr. Wolfson worked for the Lambda Legal Defense & Education Fund in New York City, where he represented several gay marriage cases in front of the Supreme Court. In 2000, Wolfson was honored by the National Law Journal as one of "100 most influential attorneys in America."

Former Harvard professor and White House fellow under Lyndon Johnson, Doris Kearns Goodwin is the author of bestsellers The Fitzgeralds and the Kennedys and Lyndon Johnson & the American Dream. Her articles on political issues have appeared in leading national publications, and she is a regular panelist for “The News Hour with Jim Lehrer.” In 1995, she received a Pulitzer Prize in history for No Ordinary Time: Franklin and Eleanor Roosevelt: The Home Front in World War II. Goodwin has received various other honors and awards, including the Charles Frankel Prize given by the National Endowment for the Humanities and the Sara Josepha Hale medal. In addition, as an avid baseball fan, she provided commentary for the Ken Burns PBS series, BASEBALL, and has written numerous articles on baseball.

Before joining the Brandeis faculty, Reich served as the nation’s 22nd Secretary of Labor during President Bill Clinton’s first term. Under his leadership, the Department of Labor implemented the Family and Medical Leave Act and the School-to-Work Opportunities Act, and raised the minimum wage for the first time since 1989. Prior to joining Clinton’s cabinet, Reich was on the faculty at Harvard University’s John F. Kennedy School of Government, and served as an assistant to the Solicitor General in the Ford Administration and on the policy planning staff of the Federal Trade Commission in the Carter Administration. He is the author of nine books and over 200 articles on the global economy and the U.S. workforce.

© 2020 OwlTail All rights reserved. OwlTail only owns the podcast episode rankings. Copyright of underlying podcast content is owned by the publisher, not OwlTail. Audio is streamed directly from Bowdoin College servers. Downloads goes directly to publisher.