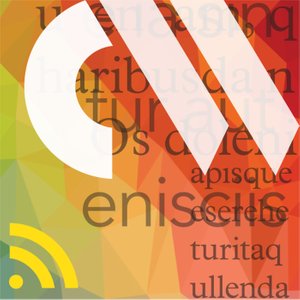 Meet the authors of the latest popular science books, and join Chemistry World for a review and discussion of the topics the book raises. Join in on twitter by using #bookclubCW

Gene machine: the race to decipher the secrets of the ribosome

This time, we discuss and scrutinise Gene Machine: The Race to Decipher the Secrets of the Ribosome, by Venkatraman “Venki” Ramakrishnan. By the time Venki had earned a PhD in physics from Ohio University in the US, he had already made the unusual decision to change direction and focus full-force on uncovering the secrets of the ribosome, which eventually led to him co-winning the Nobel prize in 2009. Known as the mother of all molecules, you’ll find lots of information to help explain why the ribosome is so crucial in understanding DNA, as well as personal insights and tales of calamity on the way to the top.

This month's podcast features Inventing Ourselves by cognitive neuroscientist Sarah-Jayne Blakemore. The book explores the complex changes that take place in the human brain during adolescence and typical teenage behaviours such as risk-taking, impulsivity and self-consciousness.

In this month’s podcast, Australian author Matt Parker looks at the unique relationship that exists between human beings and numbers, and how it inevitably leads to mistakes large and small. Using a series of examples sourced from mainly publicly available information, Parker explains how a simple misunderstanding between a human and a computer could lead to a catastrophic accident – or just a bizarre chain of events that a human being would never have otherwise made. As well as stories of how computers have got it wrong, the author also suggests ways that we can work with technology to avoid problems occurring.

This time in our Book Club podcast, we celebrate the 100 year anniversary of Primo Levi, the man behind The Periodic Table. In this collection of short stories, the Italian author of If this is a man and If not now, when? offers a startling insight into both fascist Italy, and the harrowing events of the second world war. Filtered through the unique perspective of Levi – a man held back by his Jewish heritage, but saved on many occasions by his expert understanding of chemical processes – even the most mundane or ordinary of every-day events is given an authentic, scientific and sometimes disturbing twist. Instead of chapter names, each story – sometimes part of the overall narrative and other times a complete departure – is named after an element, sending the book off in different directions, before returning to its central theme.

Enjoy a fast-paced thriller but wish they were a bit more believable when it comes to the science? In that case, Fiona Erskine’s chemical infused debut novel – which marks the start of her Jacqueline Silver Adventures series – should be on your radar. When Fiona Erskine had a skiing accident on holiday and ended up with more time staying still than she’d bargained for, ideas started to flow and the frame-work behind a book series emerged. Erskine had written a lot about the Chernobyl disaster and, as a chemical engineer, understood the nuances of hard science that many thriller writers either eschewed for dramatic effect or just got plain wrong. The result was The Chemical Detective – an audacious, female-led thriller which took the disposable women of the James Bond franchise and flipped the concept entirely on its head. While this book does stretch the believability factor, it’s an engaging and somewhat unusual read that should please chemists and have enough intrigue to attract readers who don’t consider science a joint first language.

For this month’s Book Club podcast, it’s a highly unusual review scenario, as we get to grips with Superheavy: Making and Breaking the Periodic Table, written by none other than Kit Chapman (yes, the very same Kit Chapman who was, up until recently, Chemistry World’s cosplay loving Comment editor).  We were in the privileged position to hear about Kit’s book from almost the moment he decided to write it. This, perhaps unsurprisingly, was a task which required him to travel around the globe in search of answers to some of chemistry’s greatest questions: where do elements actually come from and how are they made? And: What happens when what we know about the periodic table turns out to be…well…less right than we thought it was?

Superior: The Return of Race Science

In Superior: The Return of Race Science, Angela Saini examines the history of race science and the people who spend years studying it. Superior was influenced by Saini’s childhood, when experiences of every-day racism made her question the perceptions about race that she witnessed all around her, leading to a career as a science journalist and now three-time author. Both a historical account of how race science evolved into existence and the motivating factors that, Saini says, have led to its revival as a tool at the hands of various political groups, Superior will make you question your assumptions about others. It’ll also encourage you to process all future information through a more open-minded filter. One that says: forget about skin colour – we’re all much more similar than you might at first think.

This time in Book Club, we follow sustainability journalist Tim Smedley as he pursues one of humankind’s greatest challenges and looks at the dangers posed by air pollution. Intrigued by some casual facts and figures he’d stumbled across in a newspaper, Smedley investigated further, then decided to travel around the world to look at the factors affecting air quality in major cities. Along with examples of how air pollution occurs and some frightening statistics – some compiled from his own measurements using a hand-held air pollution monitor – he suggests practical ways individuals can make a tangible difference to the quality of air in their communities.

I'm a Joke and So Are You

This month’s podcast features I’m a Joke and So Are You, in which comedian Robin Ince examines what makes us human by reflecting on his own experiences and through conversations with other comedians. Ince also talks to leading neuroscientists and psychologists to learn more about phenomena such as creativity, anxiety and imposter syndrome.

This month’s podcast is about the Nobel prize and the hype that has surrounded it for decades, as described in Brian Keating’s new book Losing the Nobel Prize. In 2014, Keating was confident that the invention he had helped to create – the most powerful telescope for cosmology that had ever been built – and its findings would lead him to the Nobel prize. But when he lost the prize, Keating found himself compelled to re-evaluate the prize he had loved for so long, and ask how relevant it was for a modern world.

The truth about fat

In this month’s book club podcast, Anthony Warner – ‘The Angry Chef’ behind the popular blog of the same name that then spawned a book – tackles the enormous problem of obesity and how our perception about it may be the key to minimising the problem. A veteran of the food industry, Warner introduces us to some intriguing and thought-provoking ideas about where obesity comes from and its causes, claiming that there’s much more to it than addressing issues with willpower and doing plenty of exercise. In Warner’s mind, shaming fat people is at the heart of the problem, directing us away from the real issues that we should be paying more attention to.

This month, we take a peek behind the curtain with Gemma Milne’s Smoke &amp; Mirrors. In her first book, the technology journalist looks at headline-grabbing science present and past – from cancer treatments to fusion energy and quantum computers. Will the book deliver on its promise to be a guide on how to recognise hype and how to cut through it?  Find out what we thought about the book, and hear from Milne herself as she talks about the human experience of hype – and how it can be used as a tool for good as well as bad.

This time we're reading Ingredients, a book that promises to make chemistry more fun than Hogwarts. First-time author George Zaidan investigates the stuff inside stuff and tries to answer the question of whether you should eat that cheeto or not.  Find out what we thought about the book, and hear from Zaidan himself as he reads an excerpt and talks about the strangest medical case studies and scientific uncertainty.

Say Why to Drugs

Why don't we think of coffee as a drug? Are you hooked on heroin the moment you take it...or is the answer more complicated? In Say Why to Drugs: Everything You Need to Know About the Drugs We Take and Why We Get High Suzi Gage looks at the misconceptions, theories and attitudes surrounding all kinds of drugs – and attempts to separate fact from fiction.

You Look Like a Thing and I Love You

This month, we’re talking about giraffes, a magic sandwich hole and the question of whether robots will take over the world. All of these things come up in Janelle Shane’s You Look Like a Thing and I Love You, a book about the wonderful and often weird world of artificial intelligence. The title, incidentally, is an AI-generated pickup line, though maybe one of the less successful ones. Find out what we thought about the book, listen to an extract, and hear from Shane herself as she talks to us about why algorithms are not not as smart as they seem and the perils of following an AI-generated brownie recipe.

Antimony, Gold, and Jupiter’s Wolf: How the Elements Were Named

This month, we’re delving deep into chemistry’s history as we discuss Peter Wothers' book Antimony, Gold, and Jupiter’s Wolf: How the Elements Were Named. Some chemists may know Wothers’ writing in the form of chemistry textbooks, but this is his first popular science book. As Wothers unearths the stories behind the elements’ names, he also explores our understanding of the nature of matter itself.

In her new book Transcendence: How Humans Evolved Through Fire, Language, Beauty, and Time Gaia Vince assembles everything you need to know about the world and how human beings have come to rule over so many aspects of it. If it sounds like a mammoth task...that's because it is! Vince skillfully breaks it down into five distinct sections, looking at everything from how humans have mastered energy expenditure for the benefit of the masses, to the pivotal role language has played in making us a species that stand entirely on our own in a whole host of things.

This month, we’re delving into the science of language as we’re discussing linguist David Adger’s book Language Unlimited: The Science Behind Our Most Creative Power. Adger takes on one of the most debated questions in the linguistics community: Do humans come up with languages because they are very good at recognising patterns and remembering things? Or do human brains have a built-in ability for the types of languages we speak (or sign)?

How to: absurd scientific advice for common real world problems

Have you ever considered the practicalities of building a swimming pool out of cheese? Or wondered what it would take to surround your house with a lava moat? Even if you have never thought about these outlandish questions, Randall Munroe has the answers in his new book How to: Absurd Scientific Advice for Common Real-World Problems.

This month’s podcast features material scientist Mark Miodownik’s latest book Liquid: The Delightful and Dangerous Substances That Flow Through Our Lives. Fascinated by what defines a liquid and the mechanisms behind their working, the author uses his experiences on board an every-day commercial flight as the backdrop for his writings, describing every liquid he encounters along the way, showing how there is magic in everything from aviation fuel to orange juice.

© 2020 OwlTail All rights reserved. OwlTail only owns the podcast episode rankings. Copyright of underlying podcast content is owned by the publisher, not OwlTail. Audio is streamed directly from Chemistry World servers. Downloads goes directly to publisher.