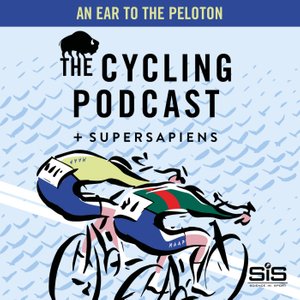 The Cycling Podcast – daily insight and analysis of the Giro d'Italia, Tour de France, Vuelta a España and Classics.Join journalists Daniel Friebe and Lionel Birnie – and a few special guests along the way – as they podcast about the latest cycling news and the world of professional cycling.Expect a mix of insight and analysis as our three experienced journalists cover not just the big talking points but take you behind the scenes of professional cycling.The Cycling Podcast was founded in 2013 by Richard Moore, Daniel Friebe and Lionel BirnieTo support The Cycling Podcast, subscribe as a Friend of the Podcast and listen to more than 50 episodes. Subscribe at thecyclingpodcast.com (https://thecyclingpodcast.supportingcast.fm/) 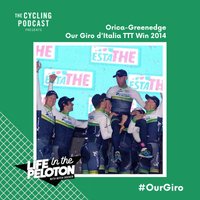 There's a Giro d'Italia flavour to a very special episode of Life in the Peloton. Mitch Docker gets the Orica-GreenEdge band back together to tell the story of an unforgettable Giro for the team. Orica-GreenEdge won the team time trial in Belfast to put Svein Tuft into the maglia rosa. The following day the jersey swapped to the shoulders of his teammate Michael Matthews and the Orica riders spent the next week defending the lead. Later came a stage win in pink for Matthews at Montecassino and another for Pieter Weening at Sestola. For this episode, Mitch has spoken to his old teammates plus sports director Matt White about the build-up to the Irish Grande Partenza and the pressure of going into the first stage as one of the favourites. Together they piece together the story of a band of brothers battling together to do the best for their team. This episode was recorded remotely during lockdown. The producer was Will Jones. So, without further ado let Mitch introduce you to Luke Durbridge, Michael Hepburn, Brett Lancaster, Michael Matthews, Cameron Meyer, Svein Tuft, Pieter Weening and Matt White. Or, as he knows them, Durbo, Heppy, Burt, Bling, Kamikaze Cam, Sveino, WeenDog and Whitey. Keep in touch with Life in the Peloton Keep up to date with everything that’s going on with Life in the Peloton at my website lifeinthepeloton.com Check out my range of Life in the Peloton merchandise on our Etsy store too, from beanies and caps to embroidered tees, logo tees and much more. Visit the Etsy store. Or follow on social media: Instagram: @lifeinthepeloton Twitter: @lifeinthepelo Theme music The theme music for Life in the Peloton was composed by Pete Shelley, who was lead singer of the punk band Buzzcocks. It was commissioned by the production company behind Channel 4’s coverage of the Tour de France in the 1980s and was used as the theme music for the nightly highlights show. Pete died in December 2018. We were given permission by Pete’s widow and his manager to continue using the music for the theme tune to Life in the Peloton. To hear more about the music, listen to the Andre Greipel episode of Life in the Peloton.

© 2020 OwlTail All rights reserved. OwlTail only owns the podcast episode rankings. Copyright of underlying podcast content is owned by the publisher, not OwlTail. Audio is streamed directly from The Cycling Podcast servers. Downloads goes directly to publisher.