DBZ discussions, reviews, and the latest news from the staff at Kanzenshuu (www.kanzenshuu.com). Your one and only Dragon Ball podcast!

DBZ discussions, reviews, and the latest news from the staff at Kanzenshuu (www.kanzenshuu.com). Your one and only Dragon Ball podcast!

By Kroezed - Jun 24 2012
Read more
If you love anything Dragon Ball related you will love this podcast. Period. Listen to it!

By Kroezed - Jun 24 2012
Read more
If you love anything Dragon Ball related you will love this podcast. Period. Listen to it!

Read more
Episode #0465! Mike speaks with Jake and Ajay about "Dragon Ball Super: Broly" from its Japanese theatrical debut! With all of the production changes thrown into the mix while simultaneously pulling various echoes of the franchise's past to form a new story, how does it all hold up in the end? Stick around after the review for a bittersweet farewell to a good friend with the entire Kanzenshuu administrative team!

Read more
Episode #0399! VegettoEX and Herms break down "Majin" and the various ways it has been translated into English for the Dragon Ball franchise over the last several decades. Though we have gotten monster to genie to djinn and everywhere in between, most fans seem to stick with the untranslated phrase. Why is that, and if we were to operate in a bubble with a new translation, where might we take it? 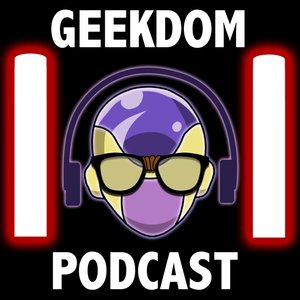 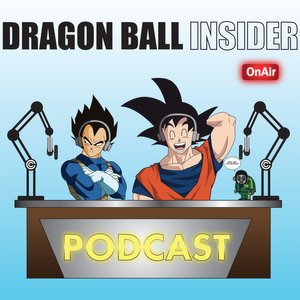 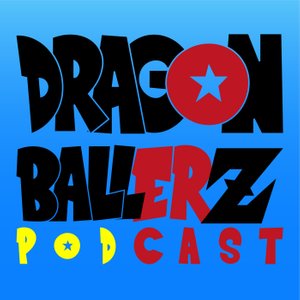 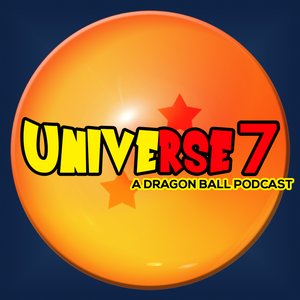 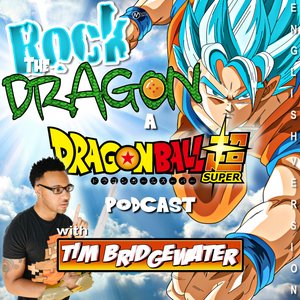 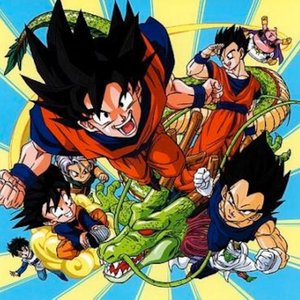 The Next Dimension: A Dragon Ball Z Podcast 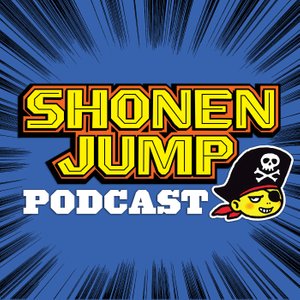 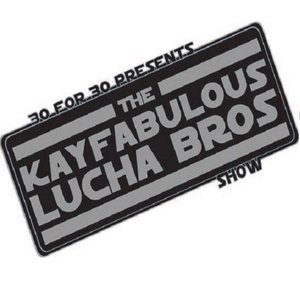 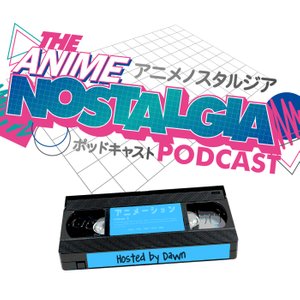 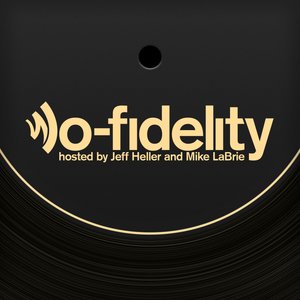 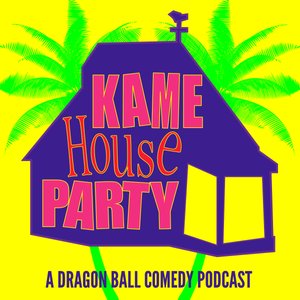 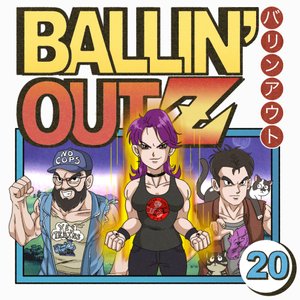 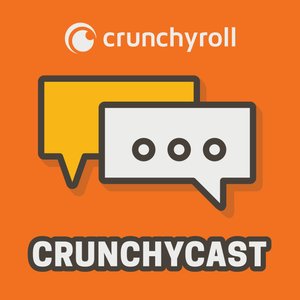 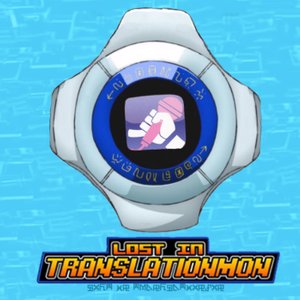 Lost in Translationmon - A Digimon Podcast 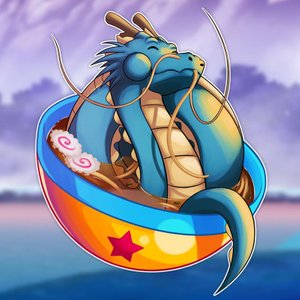 Read more
Episode #0414! Mike and Jake discuss the quality of the subtitle translations available in Toei's "Dragon Ball Super" simulcast streams. With a mix of dub terminology, faithful adaptations, and even some direct romanizations, will the proper nouns be accessible to anyone at all? Terminology aside, how about (perhaps most importantly) the rest of the translation? Tune in for a great batch of examples and explanations, along with a news recap and look ahead to future website content!

Read more
Episode #0457! Mike and Jake fire up the podcast cannons to take a look at the biggest examples of writers, producers, and marketers maybe perhaps thinking about possibly making some kind of relatively concrete statement about A True Canon™ for the Dragon Ball series. What are some of the trends in the phrasing we have seen over the years, and what does the most recent example tell us about what to expect in the future?

Read more
Episode #0406! Mike, Chris, and Scott review the Universe 6 and 7 God of Destruction Invitational Tournament (or just the "Champa arc" for short!) from the "Dragon Ball Super" TV series. How well were the new characters integrated into the larger story, and what does this all mean for the future of the series? What were some of the best character moments, and where was the ball dropped along the way?

Read more
Episode #0402! Mike and Jake discuss "Super Saiyan God Super Saiyan" versus "Super Saiyan Blue" and what the correct name for the form might be. Where and how was it first used, and how is that different from the latest usage in the source material? A bit of general website content overview followed by questions-and-answers round out the show!

Read more
Episode #0247! VegettoEX, Meri, and Julian recap all the big financial news and other shenanigans, as well as answer an e-mail about which in-universe story lines we would like to see expanded with future reference guides. Hujio later joins us to talk about and review the oft-forgotten TV special for DBZ Movie 7, occasionally referred to as the "movie overview special".

Read more
Episode #0265! VegettoEX and Herms break down mistakes that appear in the most well-known guide books for the franchise (and our namesake!), the daizenshuu. Are they truly mistakes, though? What is actually wrong contradictory in the text, what is new information, and what have fans made up as false mistakes over time? Meri joins to banter about with what non-news there is, along with the rest of July's releases!

Read more
Mike (Daizenshuu EX) and Jake (Kanzentai) guest with Otaku Dan and Anime3000's Sean Russell on an episode of "Bonus Round" to discuss "DragonBall Kai". What is the importance of this special "refreshed" series, and what kind of fans is it looking to draw in? Recorded July 2010.

Read more
VegettoEX joins Kirbopher to discuss the 1996-1997 "Dragon Ball GT" TV series. How did it come to be, what risks did it take, how did its story play out, and what legacy does it leave behind?

Read more
Episode #0472! Mike and Julian go behind-the-scenes to discuss some of the recent name spelling disparities between not just the official licensees, but also with us here at Kanzenshuu. What is suddenly driving this attempt at consistency from the top down, and why do we sometimes feel the need to be different? Where can you compromise, and where should you not?

Read more
Episode #0245! VegettoEX and Meri talk a little bit about FUNimation's re-release of DB Movie 1, the "Kokoro no Hane" CD single, and more. Two weeks worth of news, February's jam-packed releases, and your e-mails round out the episode.

Read more
Episode #0267! VegettoEX and Julian discuss the past couple weeks worth of news and answer a great batch of listener questions. Meri joins in to talk about Otakon 2011, and Marc joins in to talk about the results of the summer convention season and a few updates related to FUNimation's recent announcement of the DBZ TV series coming to Blu-ray.

Read more
Episode #0395! VegettoEX and Hujio check in on last year's predictions and make new ones for 2016. What does the Dragon World potentially have in store for us, and how will it all go down? Your own predictions bring us into some pretty wacky territory, as well!

Read more
Episode #0412! Mike and Meri reflect on twenty years of Dragon Ball Z in America. In September 1996, FUNimation's English dub of Dragon Ball Z began airing in syndication, and it has only grown in popularity since then. How does that dubbed production stand the test of time? What can we learn from history? And what exactly was this Ocean dub, anyway? All this and a dive into our new "Press Archive" coming in your ears!

Read more
Episode #0266! VegettoEX and Hujio discuss FUNimation's recent announcement that the DBZ TV series is coming to Blu-ray this year. Will this be another fiasco using 2007's orange brick masters, or does FUNimation have something else up its sleeve? How will these products compare to everything else that is out there, including other versions of these same episodes sitting alongside them on store shelves? Also, who exactly will these new sets be aimed at, especially with Dragon Box releases coming to a close?

Read more
Episode #0188! VegettoEX and Meri bring on Herms from Kanzentai to discuss the concept of "sento ryoku" in the DragonBall series. Battle powers, power levels, combat strength... whatever it is you want to call them, they have become an important part of fandom and its culture. Are they really that significant in the grand scheme of the series, though? And where did this concept even come from, in the first place? "Raging Blast" news (including SSJ3 Broli), the rest of August's releases, your questions, and much more rounds out the episode!

Read more
Episode #0246! VegettoEX, Meri, and Jeff dive into volume 37 in our "Manga Review of Awesomeness". The Dragon World is quickly being expanded with new gods, new villains, and a turn into more magical territory than we have seen in quite some time. Is this the only place left for the series to go? Tons of news, music revelations, February's releases, and an in-depth discussion of how foreign fans can go about getting proper releases in their country rounds out the episode.

Read more
Episode #0393! VegettoEX, Kirbopher, and MasakoX give a high-level review of the "Resurrection 'F'" retread in the "Dragon Ball Super" TV series. What were some of the main differences we expected, and how did it play out in the end? The 30th anniversary "Super History Book" is taking up all our time right now, so order yourselves a copy and check out some of our translations!

Read more
Episode #0461! Mike and Julian discuss the Dragon Ball franchise's long and storied history with spoilers, from its original serialization up through today. What are the similarities regardless of time, and how has modern technology in particular made certain issues worse than ever before? Are there any solutions, or does the franchise need an adjustment to its entire DNA for this to change?

© 2020 OwlTail All rights reserved. OwlTail only owns the podcast episode rankings. Copyright of underlying podcast content is owned by the publisher, not OwlTail. Audio is streamed directly from Kanzenshuu servers. Downloads goes directly to publisher.