Nintendo NX is almost here—I know, it’s unbelievable, but remember, it’s launching in March!—and that means the slow winding down of the Nintendo 3DS. And the Wii U, too, of course, but it’s 3DS that Nintendo focused on in its latest Nintendo Direct, announcing a few more games for the aging handheld. All of them have a little bit of weirdness to them. There’s a port of the Wii U game Yoshi’s Woolly World that heavily features the tongue-lolling dog-thing Poochy (unless he dies on the way back to his home planet). There’s Super Mario Maker with no online level sharing. There’s a new Pikmin… but the real-time strategy has been traded in for Mario-ish side-scrolling action. All in all, as I argue on this week’s Game|Life podcast, it’s a very safe lineup from Nintendo—taking as few risks as possible, attempting to provide 3DS software that could sell very well while still reserving the majority of its effort for the launch of NX. After calming me down about Nintendo, as is their job, WIRED’s Jake Muncy and TIME’s Matt Peckham discuss Obduction, the new puzzle adventure game from the creators of Myst.

Game|Life Podcast: From Tokyo to Virginia

Chris is back from Tokyo Game Show and has some thoughts on virtual reality, Final Fantasy XV, Rez Infinite, and more. Meanwhile, TIME’s Matt Peckham has played the new indie game Virginia and also the new Destiny expansion Rise of Iron—or, well, he tried to, anyway. It’s all on this week’s Game|Life Podcast. 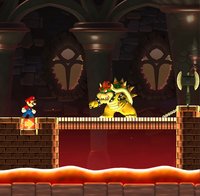 Game|Life Podcast: What a Weird Day for Videogames, Huh?

Still reeling from the announcements of Wednesday? You’re not alone. From Nintendo partnering up with Apple for Super Mario Run on iPhone, to the upgraded PlayStation 4 Pro, it was a non-stop day of news. WIRED’s Jake Muncy and I are joined once again by Time’s Matt Peckham on today’s Game|Life podcast to discuss everything that went down, and what this all means for Nintendo, Apple, Sony, Microsoft, and you. Mostly you.

Were you wondering what the Game|Life podcast crew thinks about the Nintendo Switch? Wonder no longer, for here are TIME’s Matt Peckham, WIRED’s Julie Muncy, and me to tell you all about it: Our impressions of the games, of the platform, how we think it’ll do out there on the market, and also some stuff about Fire Emblem. And why I think they should just rename it the “Nintendo Chris Kohler.”

© 2020 OwlTail All rights reserved. OwlTail only owns the podcast episode rankings. Copyright of underlying podcast content is owned by the publisher, not OwlTail. Audio is streamed directly from Chris Kohler servers. Downloads goes directly to publisher.