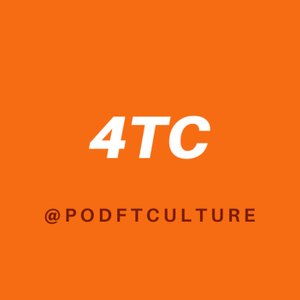 For the Culture Podcast

For the Culture is a podcast centered around everything relevant in Hip-Hop culture. Tune in for in depth album reviews, discussions on the culture, and updates on your favorite artists.Hosted by Tom Conley-Wilson, Marc Regis, and Vinny Guarino.Follow us on Twitter and Instagram! @podftculture 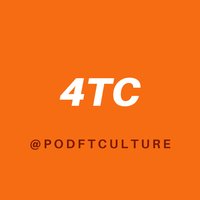 This episode starts off with the Red Table Talk feature about Jada Pinkett-Smith's "entanglemnet" with August Alsina. After getting our jokes off about the whole situation, we give our takes on the Pop Smoke's "Shoot for the Stars, Aim for the Moon" (21:11) along with if the Pusha T verse should've been kept off in the first place. Vinny gives us a rundown on the Juice WRLD album (34:35) and we speak on the overall quality of posthumous albums the past few years. Kanye is back on his BS, this time trying to become the president of the US (47:08), is he serious or is this just another rollout? This leads us into the craziest stories we've heard so far in 2020 (59:46). We wrap up this episode with some sports talk on the NBA and their bubble situation down in Florida (1:03:06),  and the future of the Washington D.C. football team's name (1:11:51).

Rest In Peace George Floyd. Rest In Peace Breonna Taylor. Rest In Peace Ahmaud Aubrey. Rest In Peace David McAtee. Rest In Peace to everyone who was murdered due to police brutality. Black Lives Matter and always will matter. Social media and protesting are not enough. Anti-Racism is a lifestyle. Fuck racism and fuck police. Fuck Donald trump.HOW TO HELP: https://blacklivesmatters.carrd.co/After our initial thoughts on the murders that have taken place, we speak on how Donald Trump is embarrassing himself and making things even worse (16:30). We then discuss the terrible incident in New York during a protest, and how media censorship is becoming a problem in the perception of what is really going on (24:30). Give our takes on Drew Brees’s terrible take on the Black Lives Matter protests in a recent interview (35:45). Later we discuss the media blackout (42:34) and the results of the black square movement on instagram.  Which leads into our conversation about people who are clearly racist and hiding behind good causes to bring them down. We then discuss platforms and the importance of using them, but if an internet post is enough or even necessary depending on who it is (50:17). And if corporations and brands are being genuine or not with their approaches to publicly respond to the protests and injustice (1:01:52). We wrap up this episode with Virgil “50 Ball” Abloh (1:06:12) and a quick talk about racists getting exposed online which is just *chefs kiss* (1:14:35).

"Question For the Culture:"

2020 has given us some crazy shit. Join us this episode as we discuss our favorite releases during quarantine. We review the new Gunna album (1:38) and We give you all our thoughts on the Drake Demo Tape (9:17), with a proclaimation for AOTY? Later we discuss what the hell is going on with Playboi Carti  (14:40) and if he's ever going to release his album. Migos linked up with Youngboy Never Broke Again on their new single "Need It" (21:20), are they officallly back?We then discuss the racial controversies surrounding Doja Cat (30:02) and Lana Del Rey (39:54). Afterwards we discuss if a Fetty Wap comback is actually possible (46:58) with him trending recently, and if he can re create the same success that he saw in 2015. Our thoughts on the new Future album (1:17:50) and if the new Kota the Friend album could be a hint at a new Joey Bada$$ album (1:30:00). We close out this episode with our thoughs on the Last Dance Documentary (1:42:53) and Vinny finally commits to being a full time NBA fan.

Is Drake Bigger Than The Beatles?

This is a spicyyyyy one. Tom thinks that Drake is bigger than the Beatles, we attempt to tell him otherwise. We also discuss whether superhero movies are actually horror movies, ROTD3, and whether young thug knows how Greenwich Mean Time works or not. This is a contentious one, folks.

This week we are back at full strength with some great topics for all of you to enjoy. We start off by discussing the Chance the Rapper album, and what exactly made this such a devisive project. After that we dive into the song of the summer (or lack there of) and if it's possible that the Fall will be the new trend for releasing big projects and tracks. Plus a podcast put out a top 50 list that has the Hip-Hop world on fire, which in turn ended up starting a really cool trend for fans of the genre. Drake dropped the Care Package for those waiting impaitently on his new project, which makes us wonder - is feature/loosie Drake better than album Drake? All that and more on this episode!

This week is our second foray into the world of podcasting via skype. We might all sound like we're talking into different mics, but dammit are the takes still hot.  Shocker, we talk about Kanye (Vinny keeps the streak going).  The guys also discuss the latest summer drops like Revenge of the Dreamers 3 and we debut our new playlist at the end. Stick around and enjoy.

Oh y'all thought we were done didn't you? We back! And better than we were the last time. On this episode we discuss pretty much everything that we've missed over the past few months. The guys also give their thoughts on albums such as the much anticipated Bandana as well as the mixtapes Acid Rap and 10 Day finally being available for streaming and what it could possibly mean for Chance the Rapper's next album. Later on, new NBA superfan Kid Vintage reveals which team he will be taking his fandom talents to this upcoming Fall.All this and more content that we know you all love on For the Culture!  **Also note that this was recorded BEFORE the album releases on July 5th, we'll be back with those.

S3E6: Malachi Interview and Catching up on the Word on the Street with Bwest

The guys sit down with up and coming artist, Malachi, to discuss his recent concert as well as the mindset of an up and coming artist when creating a set list for a crowd that might not be well versed with their discography.  Following the interview the guys get into their usual shenanigans, (vinny talks about kanye, shocker) and special Guest Bwest joins the guys to discuss bad rap interviews, the word on the street facebook page as well as a whole host of other music and culture topics. Enjoy.

Sorry we've been gone so long, but we're back with a huge scoop of meek mill news, some wild talk about old twitter/tweets, the boys debate the TDE v. Dreamville Summer Slam 2019 with the release of School Boy Q's new song.  The boys dive deep into music convo as well as the Shane Dawson cat fucking and proposal news and Adam 22's live stream.

S3E4: A Guide to Clapping Cheeks

We are BACK with a very SPECIAL episode of For the Culture. First we start off with a breakdown of the Grammy's and evaluate the winners and the losers of the night (if you hating on anyone you a LAME). We later discuss Drake's so Far Gone getting put on streaming platforms, along with MADLIB HIMSELF working on some wild good projects.Also keep listening for our special behind the scenes look at our creative process behind our two Valentine's Day playlists!

© 2020 OwlTail All rights reserved. OwlTail only owns the podcast episode rankings. Copyright of underlying podcast content is owned by the publisher, not OwlTail. Audio is streamed directly from Tom Conley-Wilson, Marc, and Vinny servers. Downloads goes directly to publisher.