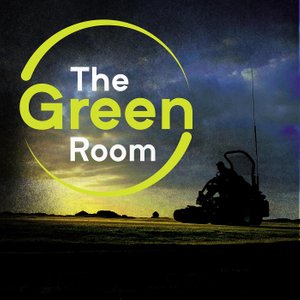 Bringing you the latest news and discussions from the golf greenkeeping industry in the UK and around the world.Hosted by Karl Hansell with the assistance of BIGGA staff and members of the association.Find out more about BIGGA and the work of UK greenkeepers by visiting http://www.bigga.org.uk and by reading Greenkeeper International, the monthly magazine produced for members of the association.Produced by the British and International Golf Greenkeepers Association. 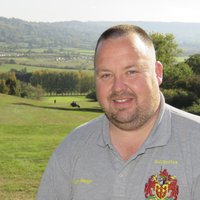 9: ‘We had three weeks to save the club before the gates were locked’ - Gloucester Golf Club

In September 2018 the owners of Maywood Golf Club in Derbyshire announced the course would close its doors on 31 March of this year due to issues such as falling membership an increase in pay and play golfers and the ongoing VAT dispute. The Derbyshire course joins an increasing list of golf clubs that have fallen foul of changing habits, fewer golfers and a saturation in the number of facilities. Between 2014 and 2017, England, Scotland and Wales lost around 100 golfing facilities, but some would argue that 2,577 – the number of golf clubs left in 2017 – is still too many. But you try telling that to the greenkeepers who work at these facilities and who have put their heart and soul into maintaining the course. It’s the conversation we all fear. One morning you come into work as normal and your boss calls you into his office. A few minutes later and you emerge, having just been informed that the committee or the board or the owner has made the decision to close the gates. You’re just not making any money. Is there anything that can be done? Well, the staff and members at Gloucester Golf Club refused to accept the news when they were told their beloved course would shut down and in the two years since Head Greenkeeper Joe Curtis was called into the office for that fateful conversation, they have managed to turn the club’s fortunes around and in the process have brought the members and the staff closer together than ever before. Myself and James Hutchinson sat down for a conversation with Joe to find out just how they did it. This month BIGGA has launched the Toro Student Greenkeeper of the Year Awards 2019 with our Partners Toro and Reesink Turfcare. You can find the details of how you can get involved with one of the most prestigious awards events in the industry in the latest issue of Greenkeeper international and on our website. The Green Room Golf Course Podcast is produced by Karl Hansell on behalf of the British and International Golf Greenkeepers Association. For questions, comments or concerns, you can get in touch by emailing karl@bigga.co.uk. You can also get in touch via social media using @BIGGALtd on Twitter we’ve also got a Facebook page where all the latest notices, news releases and information from BIGGA can be found. We’re also on Instagram using @BIGGA_HQ. Subscribe and leave us a review on Apple Podcasts. The more people know about the sports turf industry, the more understanding people will have about the hard work of BIGGA members and other greenkeepers. If you’d like to get in contact about any other aspect of your BIGGA membership, including member benefits, support, or learning and development, call 01347 833800 or email info@bigga.co.uk You can also get more information about BIGGA and how it can improve your career and your course by heading to www.bigga.org.uk