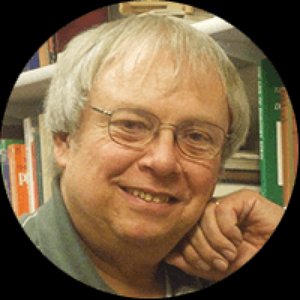 “You can change your life by altering your thoughts.” With these words, legendary Unity minister, teacher and author Eric Butterworth introduced each broadcast of his Voice of Unity radio program. Uncountable numbers of people from all walks of life have found spiritual insight and inspiration in Butterworth’s clear, powerful messages and books.Each week Unity minister Tom Thorpe and his guests present and discuss memorable, practical Truth ideas and insights from Eric Butterworth’s books, lectures and radio broadcasts. Listeners are always welcome to join in the discussion through telephone and email questions and comments."Like" Discovering Eric Butterworth on Facebook and join the discussion!The ideas and opinions expressed on this program do not necessarily reflect the teachings of Unity. Unity respects a wide range of spiritual thoughts and beliefs, as reflected in the diverse range of subjects presented on Unity Online Radio.

In this first broadcast of 2012, Eric Butterworth issues a challenge: “Dare to feel that innate Presence, to accept its inspiration, to launch out in the faith that you are supported! And I dare you, today, to step out, to believe in the thread of inspiration that unites you with the creativity of Spirit.” Start 2012 on a positive note as you listen and learn from Eric’s inspiring challenge.

The Law of Acceptance

Eric Butterworth observed “If you’re fearful in a storm, or any crisis, the fear is caused not by the condition, but by your acceptance of the possibility that the condition can do harm to you.” Listen as Butterworth explains how to release limiting fear.

How to Dispel Fears and Phobias

As our Lenten Disciplines for Personal Overcoming series continues, Eric Butterworth explains how we can release fears and phobias by recognizing and then allowing ourselves to experience the Truth about them.

Superconscious, conscious and subconscious—these are what Unity calls the three phases of mind. How can you improve the quality of your life by learning how these three phases of your mind interrelate? Hear Eric Butterworth offer a clear, practical explanation, then join host Tom Thorpe and his guests in a lively discussion.

A Dream on Christmas Eve

In the final live broadcast of 2012, host Tom Thorpe and guest cohost Michael Maday share one of Eric Butterworth’s memorable Christmas Eve radio broadcasts. Eric tells his listeners, “Christmas has little magic in it when we are just looking backward to worship the child in the manger. Magic is found by looking forward to that day when our own Christ Child may unfold in our lives—a time to look inward to Its presence, right now.”

The Law of Nonresistance

Nonresistance definitely DOES NOT mean passive acceptance of whatever happens! In this sixth broadcast in our Discover the Power Within You series, host Tom Thorpe and guest cohost Michael Maday share Eric Butterworth's insights about the real meaning—and the power—of nonresistance.

The Root Idea of New Thought

As Eric Butterworth reflected on New Thought spirituality, he came to the conclusion that one idea above all others provides the foundation from which all of New Thought developed. Theologians call this idea "monism." It's more commonly called "Oneness."

How to Heal Chronic Negativity

Today we begin a "how to" series of programs based on Eric Butterworth's Lenten Disciplines for Personal Overcoming. Our opening program explores a strategy for healing chronic negativity by establishing a lasting positive focus in consciousness.

“All power,” Charles Fillmore declared, “is born in the Silence." In today’s broadcast, Eric Butterworth explores Fillmore’s understanding of the Silence, a place in consciousness beyond words and thoughts. Tom Thorpe is joined by guest co-host Michael Maday.

On today's program, noted Unity minister and author Eric Butterworth shares his unique point of view about the Unity movement and its teachings. Unity minister Tom Thorpe and his guests respond to Eric's thoughts and invite you to join in the discussion with your Facebook posts and telephone calls.

Eric Butterworth wrote: “The greatest lesson that can be learned from history is that although 'the many' have done mediocre things that have led to a progression of almost meaningless events, here and there, individuals have done things that herald the greater possibilities that are open to the whole human race. And, the great Principle is, 'What man has done, man can do.'” Listen as Eric shares his thoughts in this final broadcast in the “Going Through or Growing Through?” series.

"By developing my awareness of Wholeness as Eric Butterworth teaches us to do," program host Tom Thorpe says, "my vitality increased remarkably. Eric's approach to wholeness is uncomplicated and it WORKS!" In today's broadcast, the ninth in our Discover the Power Within You series, Tom and cohost Michael Maday share Butterworth's essential teachings about wholeness.

The Heart of Jesus’ Teaching

Eric Butterworth writes: “Jesus was definitely the Son of God! But you, too, are the Son of God. I am the Son of God. All persons are Sons of God in various stages of expression. This is a very dramatic, very exciting, certainly very controversial subject, but a very important realization.” This broadcast will explore Eric Butterworth’s belief that the Divine nature of all people is the heart of Jesus’ teaching.

What is your view of Jesus Christ, his mission, and his role in the life of people today? In this two-part series, Eric Butterworth, assisted by his wife, Olga, explain their view of Jesus—his nature, his mission and his value as "the great example" for spiritual seekers today. Join us for this conversation with host Tom Thorpe and his guests.

The Laughter of God

Eric Butterworth challenges us: “No matter what the situation or the experience, no matter that you can recount all sorts of reasons for being discouraged and disappointed, straighten up, square your shoulders, hold your head up high, and smile, and let the Laughter of God ring out!” What is this “Laughter of God”? Listen and find out!

Join Unity minister Tom Thorpe and licensed Unity teacher Mark Hicks as they continue exploring works of three great thinkers whom Eric Butterworth acknowledges as major influences in his own life and work. Butterworth acknowledges the great 19th-century American philosopher, writer and lecturer Ralph Waldo Emerson for inspiring the insight that led him to write Discover the Power Within You.

The Golden Thread of Truth in the Bible

Eric Butterworth delighted in helping Truth students discover the Truth about themselves as they explored the symbolism of the Bible and its stories. Today, host Tom Thorpe and his guests listen and respond as Butterworth explores the golden thread of Truth that becomes clearly visible—when we know how to look for it—throughout the Bible.

You Always Have a Choice

Today we begin an exploration of thinking and the power of thought. Listen as Eric Butterworth explains how incidents do not control our thinking process. We always have a choice.