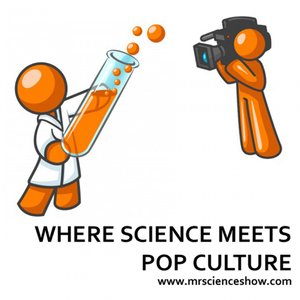 That mysterious grey area where you're not quite sure if you're cool... 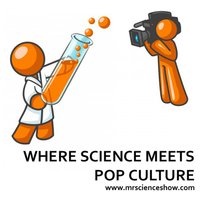 From a recent chat with ABC Central West, this week is definitely a correlation of the week. Two separate stories on the topic of love and attachment highlight a couple of statistical concerns you need to be wary of when drawing conclusions from research: The correlation of wedding / engagement ring cost and marriage longevity (concern: correlation does not necessarily equal causation);Does your cat really love you? (concern: sample size)Listen in below or on the mp3 (and all credit again to ABC and Kia). References: Francis-Tan, A., & Mialon, H. (2015). A DIAMOND IS FOREVER” AND OTHER FAIRY TALES: THE RELATIONSHIP BETWEEN WEDDING EXPENSES AND MARRIAGE DURATION Economic Inquiry, 53 (4), 1919-1930 DOI: 10.1111/ecin.12206  Potter A, & Mills DS (2015). Domestic Cats (Felis silvestris catus) Do Not Show Signs of Secure Attachment to Their Owners. PloS one, 10 (9) PMID: 26332470

Every month, I chat with ABC Central West and the science topics of the day, and this week we chatted food, in particular: Consumption of spicy foods may lead to a lower risk of death (and a little about correlation and causation - I really should do some more correlations of the week)Human brain evolution needed carbs3D printed food  Have a listen below, or on the mp3 - all credit to the ABC (and the wonderful host, Kia).

Do you remember Cold Fusion? Remember when electrochemists Martin Fleischmann and Stanley Pons claimed to have achieved nuclear fusion in a bottle on a table in their lab in Utah? That was so 80s! Cold Fusion was quickly debunked and, apart from its appearance in a 1997 Val Kilmer Movie (The Saint), most people forgot about it. So it may surprise you to hear that Cold Fusion research continues to this day, with some “interesting” participants and some extraordinary and surprisingly persistent claims. The most recent International Conference on Cold Fusion (ICCF-19) was the largest yet reflecting a climate of renewed interest. Dr. Timothy J. Surendonk has a passion for cold fusion, and in this podcast episode, tells its story, of the new players, recent events, and particularly the curious story of the “e-cat.” It isn't heavy on technical science, but rather a more entertaining talk that just might challenge the way you relate to science. Listen to this show here: References: Fleischmann, M., & Pons, S. (1989). Electrochemically induced nuclear fusion of deuterium Journal of Electroanalytical Chemistry and Interfacial Electrochemistry, 261 (2), 301-308 DOI: 10.1016/0022-0728(89)80006-3Kim, Y. (2009). Theory of Bose–Einstein condensation mechanism for deuteron-induced nuclear reactions in micro/nano-scale metal grains and particles Naturwissenschaften, 96 (7), 803-811 DOI: 10.1007/s00114-009-0537-6 Kim, Y. (2012). Nuclear Reactions in Micro/Nano-Scale Metal Particles Few-Body Systems, 54 (1-4), 25-30 DOI: 10.1007/s00601-012-0374-6 Songs in the podcast:80's synthesizers in space by greg_baumont Proton Pumps by davi roque de souzaNuclear Winter - Neon Pimpz by DJStupid  Banner: Big Bang / Cold Fusion by Johannes

This Christmas break, I have been mucking around with science experiments for my kids. Here is the first of a few easy experiments you can try at home. The following videos show you how to make a home-made lava lamp. It is very simple - grab a clear cup (or bottle or vase or flask), fill it about a third full of water and two thirds full of oil. The oil floats on the water as it has a lower density. Add some food colouring (you can do this at the start directly to the water, or after you have added the oil - this has the added benefit of showing that the food colouring does not dissolve in the oil, so it drops through the lower density oil to the water below). You may already have Alka Seltzer in your medicine cabinet - it is an over-the-counter pain reliever containing Citric acid and Sodium bicarbonate (also known as baking soda). Split the alka seltzer tablets into about 4 bits, and add them to make your lamp. See the videos below for what happens. Shorter version: Longer version: The reaction that is occurring is: Citric Acid + Sodium bicarbonate → Sodium citrate + Carbon dioxide + Water C6H8O7 + 3NaHCO3 → Na3C6H5O7 + 3CO2 + 3H2O Or more simply: 3H++ 3HCO3-  → 3CO2 + 3H2O Note, if you don't have alka seltzer, you can try baking soda, but add some vinegar to the original water mix, as vinegar is acidic and provides the H+. When you add the alka seltzer to the water, the citric acid and sodium bicarbonate start to dissolve, which allows the reaction to start and is why they don't react in solid form in the tablet. The reaction produces gaseous carbon dioxide, which has a lower density than both water and oil, and hence rises through the layers. When the gas bubbles exit the water into the oil, they trap and pull up a small amount of water with them. When the bubbles reach the surface, they burst and the water falls back through the oil. It's worth looking at this closely, as you will observe coloured water droplets that don't have quite enough CO2 stuck to, or dissolved within, them to make it all the way to the surface, and so they float around, buffeted from side to side by other, more vigorously moving, droplets. Here's some more over at CSIRO.

It is with great sadness that I let you know that my friend and co-Beer Drinking Scientist, Darren Osborne, passed away in January after a brave battle with brain cancer. I've put a few words up over on the BDS website, so I'll direct you over there if you would like to have a look or if you would like to make a charitable donation to the Cure Brain Cancer Foundation. The clips in this show might not be new to Mr Science Show listeners, but they are new to those who listened to BDS and are a nice collection of irreverent and ridiculous scientific conversations between us.

Ep 155: Fact or Fiction with ANSTO

The Australian Nuclear Science and Technology Organisation undertakes research and development in nuclear science and technology. This has wide application including nuclear medicine, atmospheric monitoring, materials engineering, neutron scattering and climate change research. ANSTO is also very active in science communication, and one of their major community engagement projects is Fact or Fiction, a 90 minute show where the audience watch clips of classic sci-fi hits before voting on whether the technology featured is actual science fact or pure science fiction. Once the audience voting has been conducted, an ANSTO scientist critiques the science featured in the film. They have also run a Fact or Fiction Survey, the results of which are illustrative of the general public understanding of science in everyday life. Another effort ANSTO is conducting is Neural Knitworks, where knitted neurons join together to create a textile brain installation. I spoke with Rod Dowler from ANSTO's Discovery Centre about their science communication efforts, and in particular, Fact or Fiction. Listen to this show here: In the podcast, we mentioned a song about hoverboards. I would have loved to have put it in the show, but that wouldn't be legal. So if you'd like to hear it, stream it  below or buy it from iTunes right here: Songs in the podcast: Is Nuclear Power The Answer? - Karstenholymoly / CC BY-NC 3.0Sci-fi funeral - Asmus Koefoed / CC BY-NC 3.0The Unbroken Thread (The Molecules of Life Remix) - morgantj / CC BY 3.0

Over the Easter break, I spoke with Lish Fejer on ABC 666 Canberra on her Experimentarium segment. We spoke on various things to do with science blogging and podcasting, and matters Easter related including: Royal Jelly (the Royals were in town, a great link if ever I've seen one),Determining the speed of light using your microwave and left-over Easter chocolate.To learn more about Royal Jelly, tune into Episode 137: Can your environment change your DNA in which I spoke at length with Professor Ryszard Maleszka from The Australian National University’s College of Medicine, Biology and Environment about the molecular differences in over 550 genes in the brains of worker and queen bees that are a result of the queen bee eating royal jelly at a young age. On determining the speed of light using a microwave, see the post Instascience by Tom Gordon in which he uses paper. We used chocolate and it worked pretty well, albeit very messily. You will enjoy trying this at home, and failing just gives you another shot! Note in the broadcast I mentioned that the speed of light was 2.97 x 108 when it's actually 2.99792 x 108 (please forgive such a grievous error...) Listen to this show here - the audio is courtesy ABC 666 Canberra: Here is a nicely produced video on how to do this - I started out making one and made a mess of my kitchen.

Complex network analysis is an area of network science and part of graph theory that can be used to rank things, one of the most famous examples of which is the Google PageRank algorithm. But it can also be applied to sport. Cricket is a sport in which it is difficult to rank teams (there are three forms of the game, the various countries do not play each other very often etc.), whilst it is notoriously difficult to rank individual players (for how the ICC do it, see Ep 107: Ranking Cricketers). Satyam Mukherjee at Northwestern University became a bit famous when The economist picked up his work (more famous than when we picked it up!) and he has published extensively on complex network analysis as applied to cricket rankings. I had a very interesting chat with Satyam about his various works concerning the evaluation of cricket strategy, leadership, team and individual performance, and the papers we discuss in the podcast are listed below. One of the more interesting findings was that left-handed captains and batsmen are generally ranked higher than their right-handed counterparts, whilst this is not true for left-handed bowlers. Tune in to this episode here: Songs in the podcast: Loveshadow / CC BY-NC 3.0 Speck / CC BY-NC 3.0 Zep Hurme / CC BY 2.5 Stefan Kartenberg / CC BY-NC 3.0References:   Satyam Mukherjee (2013). Ashes 2013 - A network theory analysis of Cricket strategies arXiv arXiv: 1308.5470v1  Satyam Mukherjee (2013). Left handedness and Leadership in Interactive Contests arXiv arXiv: 1303.6686v1  Satyam Mukherjee (2012). Quantifying individual performance in Cricket - A network analysis of Batsmen and Bowlers arXiv arXiv: 1208.5184v2  Satyam Mukherjee (2012). Complex Network Analysis in Cricket : Community structure, player's role and performance index arXiv arXiv: 1206.4835v4  Satyam Mukherjee (2012). Identifying the greatest team and captain - A complex network approach to cricket matches arXiv arXiv: 1201.1318v2

I have started a new podcast called The Pod - I'd love you to have a listen and tell me what you think! Mr Science Show is not gone though, it will continue on boldly! The Pod is about ocean swimming - there is more to ocean swimming than swimming in the ocean - and will cover a whole spectrum of topics. It is likely to be a very sciencey show! So here's Episode One, which is a science-based episode on flesh-eating sea lice. For more information, please check out the notes over on The Pod.

A few weeks back, I had a great chat about birthday mathematics with Glynn Greensmith on the It's Just Not Cricket show on ABC Radio. It was great! We discussed how when you are born in the year influences your latter life, some counter-intuitive probabilities regarding shared birthdays, a bit of astrology and whatever else popped into our heads. The audio belongs to the ABC - see here for more on the show.

© 2020 OwlTail All rights reserved. OwlTail only owns the podcast episode rankings. Copyright of underlying podcast content is owned by the publisher, not OwlTail. Audio is streamed directly from Marc West servers. Downloads goes directly to publisher.