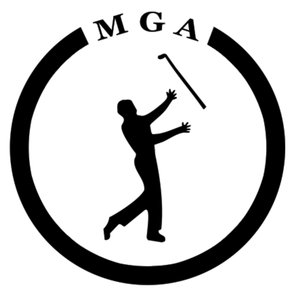 Visit MGAtour.com now! The Mediocre Golf Association is the official Golf Association for the other guys. Our goal is to unite hackers all over the world and allow them to play the game of golf as it was intended. Badly. The MGA does not discriminate with handicaps; it encourages players of all skill levels, except those with skill levels higher than ours. If you are a good golfer, move along, there's nothing to see here. If you are everyone else on the planet, you've found your people. Welcome. Enjoy your stay and remember that golf is fun, especially when you're mediocre.Making fun of people who are better than us since 2006.The MGA 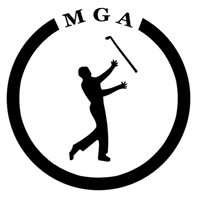 Jon &amp; Willie are joined by SFMGA Medio and runner up at the 2016 MGAWC, Scott Sanders, to discuss this years November Classic as well as a major announcement regarding the final bronze ticket!

Jon and Willie are joined by the MGA Fantasy point leader Ben Daines from the Seattle chapter. We pick his brain to find the secret to his success.

"Straight" Willie Dills and Jon "Lucky Kick" Morley are joined by world #1 Dan Goudy of the Reno chapter to discuss the 2015 MGAWCs and more...

Lots and lots of 'scloosies on this episode of the MedioCast as well as an appearance by none other than the World Champ himself, Jason Smith!

Willie Dills and Jon Morley are joined by Albuquerque chapter leader, Sean McAfee, for a rousing discussion on the MGA Stitches parody and the upcoming MGAWCs

Special guest stars, Kiki Bailey, from Salt Lake City, and Josh Nordquist, from Reno, join Jon and Willie for a nice little hour and a half conversation about life, golf and Bing.com.

Previewing the 2013 season, we discuss the big winners of 2012 and some big new changes!

We're back.  This time we are also putting out a video version of this episode.  Check it out at MGAtour.com!

We talk the upcoming changes to the MGA in 2012 as well as give love to SLC. Don't shoot us, k?

Back from Vegas, Willie Dills and Jon Morley recover by discussing the event of the Mediocre Golf World Championship.  It was an amzing year for the MGA and we wanna thank each and every one of you for making it so special.

© 2020 OwlTail All rights reserved. OwlTail only owns the podcast episode rankings. Copyright of underlying podcast content is owned by the publisher, not OwlTail. Audio is streamed directly from William Gregory servers. Downloads goes directly to publisher.