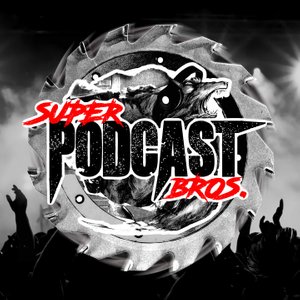 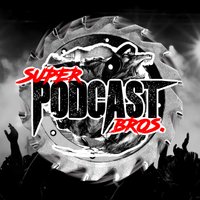 There are few video games that can be described as completely and truly unique. In 1998, one of those games was released in Japan for the Sony PlayStation under the name LSD: Dream Emulator. Its eclectic blend of the abstract and surreal has generated small, but passionate, cult following and the game has become the subject of countless Let’s Play videos after re-emerging in the late 2000s. But does it have merits beyond those of a sideshow curiosity? Does this journey into the realm of the subconscious offer more than mere novelty value to the average retro gamer? Find out on this new episode of Super Podcast Brothers!

We reminisce about the Sega Saturn in memory of its infamous "Saturnday" surprise launch twenty years ago. There's also tons happening in the news, including the return of the Nintendo World Championships and a bite-sized tribute to the Game Boy that's currently making waves on Kickstarter. In this week's top ten, we're counting down the most awful games ever released to the unfortunate gaming public.Intro and Sega Saturn discussion: 0:00Gaming news: 39:22The Pawn Shop: 1:54:00Import Report: 2:06:03Dot Arcade for Wii U review: 2:09:06Top Ten Worst Games Ever: 2:19:43Top Ten Results and Farewell: 3:48:44 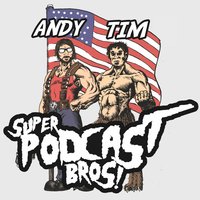 In our longest and perhaps strangest episode yet, Tim and I discuss some recent news in retro gaming and count down what we consider to be the most disappointing sequels in gaming history. Stick around for a bonus segment where we go head-to-head in a game of Nintendo-centric gaming trivia.

It's our twentieth episode and we're celebrating accordingly by counting down the twenty greatest arcade games ever developed! The winner of this countdown is easily the biggest upset in show history. In the news, Nintendo loses it's president and we take a break from ripping them to pay a proper tribute. Tim's also got his thumbs up, well, someone's ass in the Import Report and so much more. Thanks to everyone for supporting us through our first twenty episodes, and we're incredibly excited for the many more to come! Stay classic!Intro and gaming news: 0:00Top Twenty Arcade Games (Part 1): 47:14Eye of the Tiger (Williams Arcade Classics): 2:27:56Import Report (Boong-Ga Boong-Ga): 2:35:31Top Twenty Arcade Games (Part 2): 2:39:21Stella Obscura (Xevious prototype): 4:23:35Top Twenty Results and farewell: 4:32:15

Episode 67: Unreleased Games You Can Play

There are many reasons for which a game can be canceled. Financial and quality issues are usually to blame, but often a game will just disappear without explanation. On this episode, we're taking a look at a handful of games that were never commercially released, but due to the preservation efforts of the retro gaming community, are now available to experience. We’re also reviewing two crappy games as chosen by the Emulate This podcast as part of a bet we lost. Which insufferable turds did they choose for us to endure? Find out on this brand new episode.

The concept was devised by the same brilliant mind that brought us E.T. and Close Encounters of the Third Kind. A tenuous and prolonged development cycle nearly crippled the project all together, but in 1995, The Dig, LucasArts’ newest adventure game, was finally released for PC. Long separated from the hype and anticipation surrounding its creation, we’re taking our own look at the grand science fiction epic to see where it stands among the adventure gaming juggernauts of the era.

Episode 24: Top 10 PlayStation Games or "We Are Your Oyster"

The once young and youthful Sony PlayStation turns twenty and we're looking back and handpicking the system's ten best offerings! The long hyped Retro VGS aims to bring old school gaming back in a whole new way, but we're begrudgingly skeptical that the system will ever find its way to our beloved CRT televisions. Also, legendary developer Konami has seemingly given up on developing console titles. What does this mean for the industry at large? We're speculating about that and so much more on this brand new episode of Super Podcast Bros! Intro and opening segment: 0:00Eye of the TIger (Resident Evil 2): 1:11:50Import Report (Herbie Hopperhead): 1:19:06Happy Hour (Super Pac-Man for Atari 7800): 1:21:54Top Ten Sony PlayStation games: 1:32:47Top Ten results and farewell: 3:51:27

Tim's internet is once again operational and Super Podcast Bros. returns to call out a few games for not being everything they're cracked up to be. The post-E3 lull is over, bringing tons of gaming news including the status of Duke Nukem and a bit of Amiibo news that Andy is (shockingly) not completely upset about. Also, Rocket League has taken the gaming world by storm and we've got a full review of the astoundingly popular motorsports title.Intro and gaming news: 0:00Listener question (Retro Amiibos): 1:49:54Import Report (Cocoron): 1:54:34Eye of the Tiger (Wheel of Fortune): 1:56:27Rocket League review: 2:02:04Top Ten Most Overrated games: 2:19:14Top Ten honorable mentions, listener picks, and results: 3:46:05

We're back for our fifteenth episode and we've got plenty to say about Nintendo, Gamestop, and Bill Belichick's birthday. We're also recounting anecdotes of broken controllers, smashed walls, and incinerated Gamecube discs in a countdown of our top ten most outrageous rage quits.Intro and news - 0:00Stella Obscura - 1:09:51Top Ten Rage Quits - 1:14:41

As obnoxious as it may be, advertising is seemingly as ubiquitous as the air we breathe. Barely a second goes by when our eyes and ears aren’t being bombarded with corporate logos and slogans from all angles. The wheels of media are greased with sponsorship dollars, and of course the medium of video games is no exception. As companies have searched for new ways to present their brands to young audiences, video games have become an increasingly obvious way to do just that. The gaming industry grows larger, and so does the money pouring in from fast food restaurants, teen clothing brands, and mobile phone manufacturers attempting to get one step ahead of the competition. We’re looking at the evolution of product placement in video games, and discussing its effect on the experience thereof, on this, the 54th episode of Super Podcast Bros.

When Sega looked to go all-out in their attempt to compete with Nintendo, they created a new mascot, Sonic the Hedgehog, to lead the charge. While the series’ 2D platforming gameplay was somewhat familiar, its incomparable sense of speed and flashy aesthetics were unique and incredibly appealing to gamers of all ages. It’s a formula that has been called upon many times since, albeit with wildly varying results. On this episode, we're revisiting the series' roots as Josh Wirtanen joins the show to discuss the blue blur’s first three outings.

The school year is in full swing and we're looking back on our highly disappointing scholastic careers and identifying the games that, at the very least, tried to teach us something important. But beware, as hidden beneath a veil of multiplication tables and spelling exercises lies the shocking truth of Canada's dark history of trucker stabbings and human trafficking. Also, our transformation into irascible curmudgeons continues as we find plenty of things to complain about as it pertains to the current state of gaming.Intro and opening segment: 0:00Happy Hour (K.C. Munchkin for Atari 7800): 49:07Import Report (Rockman Mega World): 57:55Stella Obscura (Eli's Ladder): 1:00:04Top Ten Edutainment Games: 1:10:57Top Ten results and farewell: 2:47:35

Part of the appeal of video games is the feeling of satisfaction that comes with taking down an opponent in humiliating and often hilarious fashion. It could be giant gun, a giant sword, or hell, it could be both! We’re celebrating these fantastic tools of destruction with Retro Game Squad by counting down our top ten badass power-ups and weapons on this new episode!

Episode 19: Top 10 Most American Games or "Eat Your Prayers"

We're back from the hospital and as patriotic as ever in this All-American edition of Super Podcast Bros! We're finally recapping all of the big news from this year's E3. Final Fantasy VII gets its remake and Shenmue gets a second sequel, and we've got plenty to say about it. This episode's top ten countdown chronicles the most big-breasted, beer-guzzlin' 'Merican games ever made. We roll up our non-existent sleeves and get to work sorting them out. So eat your vitamins, say your prayers, and crank up your speakers for this brand new edition of Super Podcast Bros!Intro and gaming news: 0:00Eye of the Tiger (Tiger Casino): 1:14:17Import Report (New Ghostbusters II): 1:22:11Flight Simulator X: Steam Edition Review: 1:25:54Top Ten Most American Games: 1:38:49Top Ten Results and farewell: 2:48:02

It's hard to believe that two decades have passed since Microsoft changed the way we interact with computers with their Windows 95 operating system. We're discussing its legacy and some of our favorite gaming memories tied to the the monumental software. Also, one of us is very excited about cartridges returning as the predominant console distribution method, while the other is a little more skeptical. We continue our focus on the hardware side of development by counting down what we believe are the ten most important console hardware innovations ever surmised.Intro and gaming news: 0:00Windows 95 retrospective: 1:10:40Mattel Electronic Football re-issue review: 1:55:25Import Report (Radia Senki: Reimeihen): 2:12:26Eye of the Tiger (Sonic Jam): 2:13:58Stella Obscura (Snail Against Squirrel): 2:19:15Top Ten Console Hardware Innovations: 2:26:00Top Ten results and farewell: 3:51:56

With Major League Soccer and our beloved Loons back in action for the 2018 season, the time was right to take to the digital pitch and test our luck against digital keepers from all generations of gaming. Of course, who better than a bunch of ignorant Americans to break down the finer points of football? We'll tell you which games stand tall atop the table, and which deserve to be relegated to the lowest tiers of gaming history.

At the crossroads between Nintendo’s glory age of market dominance and the years of varied success that followed, sits the curious case of the Nintendo 64. Seemingly as beloved as it detested, it is perhaps the most polarizing piece of video game hardware from the 1990's. Its unusual controller design and adherence to cartridge based gaming draws the ire of some, while others praise the system for its quality first party library and unparalleled multiplayer offerings. On part 2 of this episode, we count down our ten favorite games for the Nintendo 64.