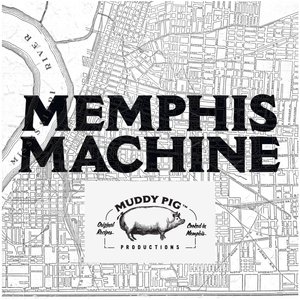 The Memphis Machine is a podcast that delves into the creative force that is Memphis, TN. We have conversations with musicians, producers, writers, actors, conductors, etc. who actively make Memphis the relevant city she is. 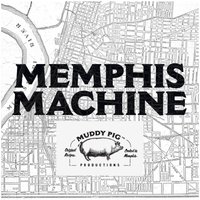 Steve Selvidge was born into Memphis music. His earliest musical influence was his father, Sid Selvidge, a folk blues musician and gifted singer who was known for his solo performances, for playing with Furry Lewis, and for his longtime association with Jim Dickinson, Lee Baker, and Jimmy Crosthwait in the supergroup Mudboy and the Neutrons. To this day, Steve continues the tradition, keeping their repertoire alive with the group Sons of Mudboy, alongside Jimmy Crosthwait, Luther and Cody Dickinson, Ben Baker, and extended Mudboy family members.Co-founder of 1990’s era psychedelic funk group Big Ass Truck, Steve is known for his virtuosity on the guitar, his voice, and his ability to fully engage an audience, whether he’s playing blistering rock guitar solos at sold out concerts on big stages or singing folk blues favorites in a tiny, packed bar in Memphis. He has performed at Carnegie Hall, Royal Albert Hall, and on late night shows with David Letterman, Conan O’Brien, Stephen Colbert, Seth Meyers, and Jools Holland. As a touring musician for the past 25 years, he’s played across the United States, Europe, and Australia. As a session musician, he’s played guitar on more than 60 albums. He is currently a member of the Brooklyn based group The Hold Steady