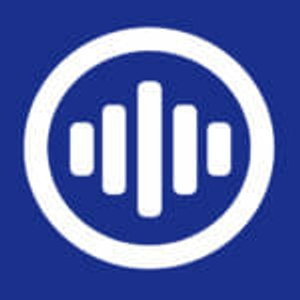 The Best Internet Radio. The Future of Talk Radio. It's Web Talk Radio. 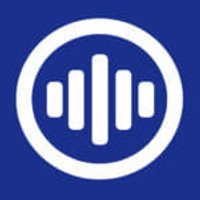 Paranormal is Normal – Science is deluded regarding the Paranormal

My guest this week is Rupert Sheldrake, the famous biologist and scientist, who has become disillusioned with the dogmas of science which he writes about in his new book The Science Delusion. He says science regards paranormal phenomena as illusory and mechanistic medicine is the only one that really works. He has personally contributed more than anyone to the understanding of telepathy and has made a study of many psychic phenomena. His new book has deliberately caused controversy in scientific circles, because he has questioned the 10 core beliefs of science, the last two being that telepathy is illusory, and normal medicine is the only one that works. The website www.sheldrake.org has an enormous amount of material, including a new section Paranormal is Normal. If you click on explore Sheldrake TV, there are several videos about him and his work. The post Paranormal is Normal – Science is deluded regarding the Paranormal appeared first on WebTalkRadio.net.

Paranormal is Normal – Ghosts in the city are Normal

Most large cities have ghost stories and Prague in Europe is no exception. This city has seen more than its fair share of terrors in the last 500 years. My guest is Jessica Ramage who lives there, taking parties round the old city on a regular basis. www.mcgeesghosttours.com/ She knows where ghosts have been seen and has studied the history of the city. She tells us of atrocities that have been committed in various places, for example, 27 people were publicly executed and their heads placed on display for 10 years. There is an underground dungeon where prisoners were kept and killed, where these memories seem to remain and are sensed by the people visiting. Jessica discusses the possible ways that the ghostly emotions, lights and sounds are stored in the area of the crimes. Richard Alabone www.sublimity.org.uk The post Paranormal is Normal – Ghosts in the city are Normal appeared first on WebTalkRadio.net.

Paranormal is Normal – Some Astrology cannot be Denied

For the last 50 years there has been controversy over the investigation into astrology by Michel Gauquelin who discovered that part of the system of astrology is absolutely correct. This relates to people’s birth time and the planet that was rising at the time – popularly known as the Mars Effect. Generally speaking, people born as Mars is rising are of a particular type and go on to be soldiers or sportsmen, and people born under Jupiter tend to be actors, Saturn gives rise to scientists and the Moon to authors. Ridiculous! you might say, but you would be perfectly entitled to think that, just as most scientists do. But the only reason why you are entitled, is because Gauquelin, was at a loss to find any reasonable explanation, as has everybody else for the last 50 years. If you look on my website http://sublimity.org.uk/ you will see my perfectly reasonable explanation, under telepathy theory, and if you listen to this show I will give a broad outline of my theory. I’m currently working on a book in which I will explain many things as well as the Mars effect. I cannot recommend a website that gives a fair and balanced account of Gauquelin’s work as the only sites available have been put there by critical skeptics who condemn what is obvious. The post Paranormal is Normal – Some Astrology cannot be Denied appeared first on WebTalkRadio.net.

An amazing but manmade experience, that appears to be paranormal, has happened repeatedly to the point that it has to be accepted as normal. A donor heart in some way infuses the memories of its former owner into those of its new owner. Many books and scientific papers, see: www.dailymail.co.uk/…/I-given-young-mans-heart—started-craving- www.intuitive-connections.net/2007/book-heartscode.htmCached have all revealed these incredible facts, which are hard to be precise about, but this evidence cannot just be ignored. As with all paranormal evidence, a belief is only possible when analysis has pointed to possible, or likely, explanations. In this programme I give a survey of current thinking regarding explanations as well as my own thoughts; together with accounts of experiences noted by transplant patients. The post Paranormal is Normal – A transplant heart carriers lifestyle characteristics. appeared first on WebTalkRadio.net.

Paranormal is Normal – Quantum Science and Angels that Heal

The study of quantum science and biology helped my guest to heal herself after a personal mystical experience. She had an Angelic message which started her journey to personal healing. She then studied the healing methods of various schools from Chinese medicine to Indian Chakras. Her name is Eva-Maria Mora and the main thrust of her work has been to discover why, why people get ill when their symptoms very often do not relate to the cause. Once the cause is established then more effective healing is possible and Eva found that by raising the energy level of both herself and her clients she was able to give a new healing modality, what she calls Quantum Angel Healing which she has carefully detailed in her book by that name. Quantum Angel Healing is therefore a combination of energetic and spiritual healing which is possible to learn from her book. See: http://www.quantumangel.com/ Underlying all ill health are incorrect thoughts, emotions and patterns of behaviour, which may be transformed by making use of quantum phenomena and a higher source of energy. The post Paranormal is Normal – Quantum Science and Angels that Heal appeared first on WebTalkRadio.net.

The power of hypnotic trance is clearly demonstrated when it is used for entertainment and my guest Chris James is an all round entertainer who does use hypnosis as part of his act. See: http://www.showinfo.co.uk/ It is clear that some people in an audience are easily hypnotised. Chris has volunteers come up and some he will easily put into trance, who then stay on stage to be part of the entertainment. They become deeply hypnotised and can then be persuaded to do stupid things which very much amuses the audience. In the past these shows may well have been unreasonable and too personal, but Chris is a member of the Federation of Ethical Stage Hypnotists, which gives guidance and help, ensuring that shows are safe and ethical. Additionally it ensures that adequate insurance cover is always available in case of accident, ether physical or psychological. My own experiences of stage hypnosis in the past, presumably not governed by the Ethical Federation, have been unsatisfactory and I have written up descriptions of these experiences in my book Sublimity. The post Paranormal is Normal – Stage Hypnosis Shows are great entertainment appeared first on WebTalkRadio.net.

Paranormal is Normal – Praying is Normal; even Praying in Tongues.

People have used the practice of speaking in tongues since ancient times and it formed part of early Christianity, but was soon outlawed. It is used to reach a deeply religious trance which often produces a mystical experience that will be remembered by the fortunate person for life. My guest is Steven Evans, an ordained minister, who preaches in a church in the north of England, where speaking in tongues or glossolarlia is regularly used in the services. Not only does he teach the ministry of tongues, but often carries out healing of the sick by spiritual healing. His church has a website: http://www.livingfaithchurch.org.uk but in common with most Charismatic and Pentecostal churches they do not advertise the fact that they pray in tongues. But in the very special emotional atmosphere of these churches the newcomer will often start to speak in tongues bringing about a new dimension to faith. My own study of trance led me to study this subject which I discussed in my book Sublimity that demystifies all trance states. The post Paranormal is Normal – Praying is Normal; even Praying in Tongues. appeared first on WebTalkRadio.net.

Yes: we’ve all heard of dowsing, but can it really find water and other things? My guest is Leeroy Bull who was the president of the American Society of Dowsers at one time, has spent a lifetime dowsing. He gives examples of what can be done by dowsing as well as many insights into the principles and practice of dowsing. If you Google: “The art and craft of map dowsing,” you will find his book available on Amazon, or from the American Society of Dowsers. Leeroy tells us today about the special state of mind necessary to be held while dowsing, which of course is a trance state, in which the Dowser’s conscious mind asks questions of his unconscious with the answers been given by a pendulum or dowsing rods. The art of dowsing, which is very much paranormal, is something that can be taught and learned, and when practiced regularly it becomes quite normal. If you visit my website; http://sublimity.org.uk/ you will find the background to trance and telepathy which is very relevant to the understanding of dowsing. The post Paranormal is Normal – The Art of Dowsing is like Magic – but quite Normal appeared first on WebTalkRadio.net.

The human race is very susceptible to mental problems, of one sort or another, which at one time appeared to be untreatable. Today we have many ways of helping these problems and my guest Joe Griffin is a therapist who has lectured on the best way mental health issues can be resolved. He has published books and set up a college which is being attended by thousands of therapists all based on our knowledge of the ways that the brain can sometimes respond to bad experiences which become embedded in our unconscious. The understanding and use of trance is basically the way that mental problems are addressed. Joe Griffin discusses treatments for depression, phobias or addiction, showing the way that modern therapies and counselling can offer relief or a complete cure. Their website www.humangivenscollege.com shows the list of courses, together with their common sense Human Givens approach to mental health, research, and the far reaching benefits The post Paranormal is Normal – Trance and Mental Illness appeared first on WebTalkRadio.net.

Paranormal is Normal – It’s NOT a Mystery. So how can the Paranormal be Understood

This week I’m analysing about 90 different ways that we can experience paranormal events, and that number of course makes the whole thing appear mysterious. Many of these have been discussed in previous shows with an expert talking on that particular topic. But it’s only by standing back and taking a holistic view that any sense can be made out of the whole thing. The main problem is that we have so many words for describing the same experience: it’s all a complete muddle. This week I will show that there are only two phenomena that are the basis for the whole range of the paranormal, and they are trance and telepathy which are both surrounded by mystery as up till now no description has been available which suggest how or why. In the centre section of this show I’ll outline my theory that explains how and why, which fits all the evidence, and allows a perfectly reasonable explanation. This was explained in my book a few years ago in Sublimity and has been updated on my website www.sublimity.org.uk Recently these theories of trance and telepathy have allowed a new ingredient in the understanding of human consciousness; given on my website as the Philosophy of Consciousness. The post Paranormal is Normal – It’s NOT a Mystery. So how can the Paranormal be Understood appeared first on WebTalkRadio.net.