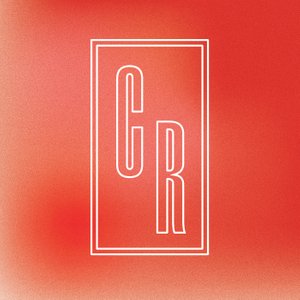 The Church of ROY

Everything Blazers for Sports Drink. 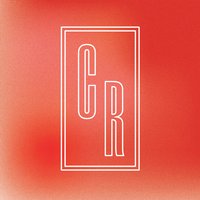 Would Dame Really Go "Full Harden" On Us?

With more jaw-dropping reports coming from Henry Abbott, the guys had a lot to catch up on this week. In addition to the seemingly never-ending drama, Brian and Steve unveil their favorite second-round targets for Thursday's NBA Draft - just in case.

The 2021 NBA Draft is less than a week away and the Trail Blazers could look to jump back into the action as the event unfolds. In an effort to cover multiple topics, The Church of Roy podcast returns for a special draft-themed episode. Host Steve Dewald is joined by guest Michael Visenberg of the Viseland podcast and Prospective Insight.

Can the Blazers pull off the unthinkable? Since the Damian Lillard trade request tornado, Norman Powell has (as expected) opted out of his player option. Brian and Steve try to sort through Portland's options this offseason and what can be done to save this ship from sinking.

The Trade Request That Wasn't

Steve Dewald jumps on for an emergency podcast with Mark Schindler and Adrian Bernecich to discuss Damian Lillard's rumored trade request. From the initial report about the Trail Blazers' star guard to the press conference, this episode has you covered.

Is It Time For Carmelo's Swan Song?

As Coach Billups' coaching staff starts to take shape, Brian and Steve are on the mic asking the hard hitting questions. Does the hiring of Roy Rogers spell the end of Carmelo in Portland? What should be made of the Scott Brooks hire? Join the Church of ROY on an episode you won't soon forget...until next week's episode is released, at least.

Following the firestorm of Billups news, it was a quiet week in Rip City. Brian and Steve are anything but, however, as they breakdown changes the Blazers could make with a new coach at the helm. They also preview the USA Basketball schedule and Portland's potential NBA Draft strategy.

It's time to talk about that press conference. Following a peculiar and disheartening head coach announcement (or lack thereof), Neil Olshey introduced Chauncey Billups to the media on Tuesday. Brian and Steve give their take on recent events and where the Blazers go from here.

How Do We Feel About Ben Simmons?

The Wheels on the Rumor Mill Go Round and Round...

Brian and Steve discuss the first batch of the Blazers' coaching interviews and the brief rumors tied to Erik Spoelstra. Outside of Portland, the show welcomes Locked on Spurs host Jeff Garcia to discuss Becky Hammon's impact on San Antonio.

All Aboard Olshey's Wild Ride

All aboard the Church of ROY! Brian and Steve are joined by Blazer's Edge contributor Adrian Bernecich in this episode. From Neil Olshey's frustrating press conference to CJ McCollum's trade value, this trio has you covered.

© 2020 OwlTail All rights reserved. OwlTail only owns the podcast episode rankings. Copyright of underlying podcast content is owned by the publisher, not OwlTail. Audio is streamed directly from Sports Drink servers. Downloads goes directly to publisher.