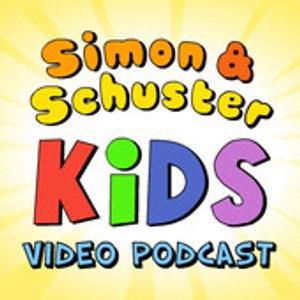 The Simon &amp; Schuster Kids Video Podcast is the place to learn all about our latest children's books, with special video trailers, author interviews, and more! The perfect spot to get great video content suitable for the whole family.

With fourteen textures and one lift-the-flap, MAMA'S PAJAMAS by bestselling novelty book creator Mara Van Fleet is a great read aloud and perfect for bedtime.

Get to know your favorite YouTube stars—Ryan ToysReview, HobbyKidsTV, JillianTubeHD, and EvanTubeHD—in this hilarious, insightful, and cool look at their lives behind the camera.Watch This Book to discover:-What superpower Ryan wishes he has-The most colossal mess the HobbyKids made during an episode (and how long it took them to clean it up)-Jillian’s not-so-secret talents-Evan’s favorite food (It’s pizza. Evan would live in a house made of pizza if he could)-And much, much more, including tips and advice from each of these stars on how to make your best videos!This full-color book includes an introduction by the one and only CaptainSparklez and comes with games, quizzes, and never-before-seen photographs of the stars and their families. It’s sure to be beloved by the YouTube-loving kid in your life.So, if you or someone you know wants to have tons of fun with your YouTube friends and their families—and over 20 million people already have with this all-star crew—it’s time to Watch This Book! 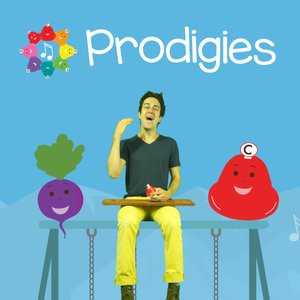 Prodigies: Lessons for the Young Musician 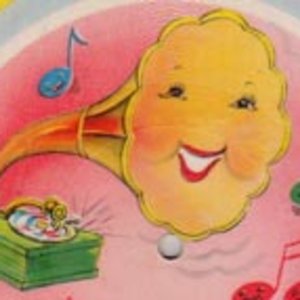 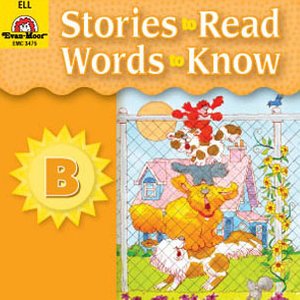 Stories to Read, Words to Know, Level B 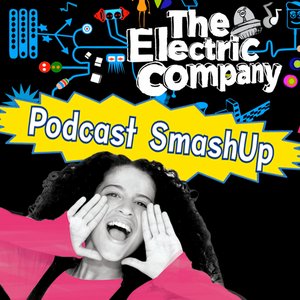 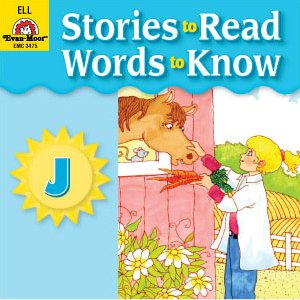 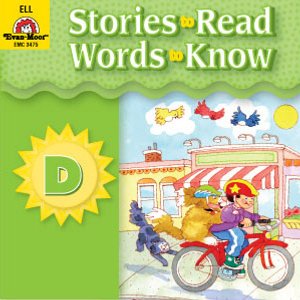 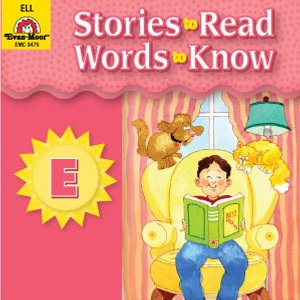 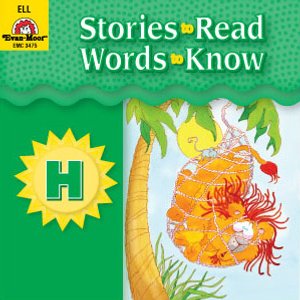 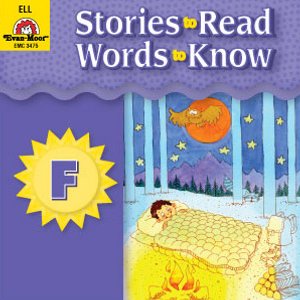 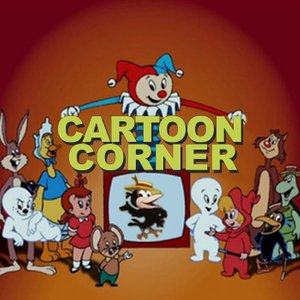 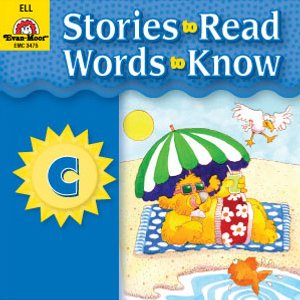 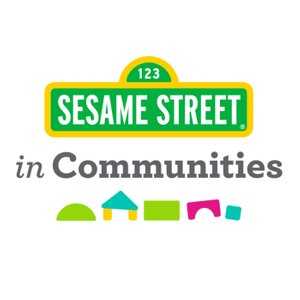 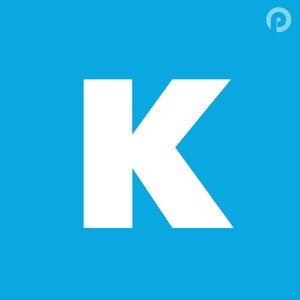 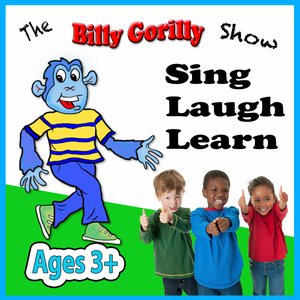 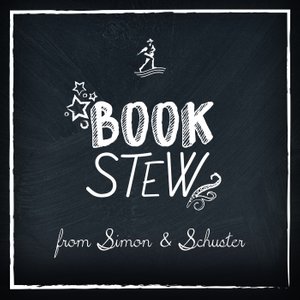 FLASHBACK: The Seventh Installment of the Bestselling KEEPER OF THE LOST CITIES Series

When Sophie Fosters discovers she’s an elf from the Lost Cities, she embarks on an incredible adventure, discovering new abilities, and making new friends. But the secrets of Sophie’s past were buried for a reason and the truth she uncovers could put all of the worlds in danger. Catch up on the KEEPER OF THE LOST CITIES Series, and the seventh installment, FLASHBACK!

Find Out What's Next in Shannon Messenger's FLASHBACK; The Latest in the Bestselling "KEEPER OF THE LOST CITIES " Series

Bestselling author Shannon Messenger teases to what's to come in FLASHBACK, the seventh installment of the KEEPER OF THE LOST CITIES series.Sophie must let the past and present blur together, because the deadliest secrets are always the ones that get erased.

Ainsley Earhardt Talks About THROUGH YOUR EYES

New York Times bestselling author Ainsley Earhardt talks about the inspiration for her second picture book, THROUGH YOUR EYES, a sweet new book that celebrates everyday wonders and miracles.

Take a look inside the adorable board book HALLOWEEN KITTY!

Another by Christian Robinson

In his eagerly anticipated debut as author-illustrator, Caldecott and Coretta Scott King honoree Christian Robinson brings young readers on a playful, imaginative journey into another world. Learn more and get a copy for your family here: http://bit.ly/2GBs1vqWhat if you…encountered another perspective?Discovered another world?Met another you?What might you do?

Shannon Messenger, bestselling author of KEEPER OF THE LOST CITIES gives an overview of the series.Twelve-year-old Sophie finally discovers where her secret telepathy ability comes from when she learns she’s actually not human, but instead from another world that exists side by side with our world, in the New York Times and USA TODAY bestselling KEEPER OF THE LOST CITIES series.

Laurie Berkner, “the queen of children’s music” (People), pairs the lyrics of her beloved hit with Camille Garoche’s gentle illustrations in this winning bedtime picture book—a must-have for fans of Laurie’s music and all things soft and sweet.Laurie Berkner’s treasured song “Pillowland” is now a beautiful picture book! Featuring magical, lush art by Camille Garoche, Pillowland carries readers away to a feather-fluffed dream world where bedtime is always a grand adventure.We’re going to land in Pillowland!

After a hate crime occurs in his small Texas town, Adrian Piper must discover his own power, decide how to use it, and know where to draw the line in this stunning debut novel exquisitely illustrated by the author.

New York Times bestselling author Rachel Renee Russell discusses the success of the Dork Diaries series and the community of readers it has created.

Take an in-depth look at the history and cultural impact of robots through the years in this educational and interactive guide!

A basketball-loving girl makes a wish to never miss a basket in this charming middle grade novel that pushes girl power to the max! Follow Lizzy’s journey here: http://bit.ly/2RGeub8

It’s Nikki Maxwell’s birthday!! Will it be a blast or a bust? Find out in Nikki’s newest diary, the thirteenth installment in the DORK DIARIES series! Celebrate with Nikki and her friends:

Check out the fun interactive features in the new board book SCRATCHIE by Maria Putri!

The Misadventures of Max Crumbly 3: Masters of Mischief by Rachel Renée Russell

From #1 New York Times bestselling Dork Diaries author Rachel Renée Russell comes the third book in a series about Max Crumbly and his daily ups and downs in middle school.

Nikki Maxwell’s adventures continue in the twelfth installment in the blockbuster #1 New York Times bestselling DORK DIARIES series!In Nikki Maxwell’s newest diary, it’s the countdown to the end of the school year, and Nikki’s juggling some big questions about how she’ll spend her summer. She’s also facing an unexpected crush catastrophe—there’s a new kid interested in Nikki, but the last thing she wants to do is accidentally hurt Brandon! It all comes down to a big decision Nikki has to make, and drama like she’s never faced before!

QUEEN OF AIR AND DARKNESS by Cassandra Clare Book Trailer

Dark secrets and forbidden love threaten the very survival of the Shadowhunters in Cassandra Clare’s QUEEN OF AIR AND DARKNESS, the final novel in the #1 New York Times and USA TODAY bestselling The Dark Artifices trilogy.

Laurie Berkner, “the queen of children’s music” (People), pairs the lyrics of her beloved hit with Camille Garoche’s gentle illustrations in this winning bedtime picture book—a must-have for fans of Laurie’s music and all things soft and sweet.

The Creation of Santa Calls – Episode 1

William Joyce discusses his inspiration for his picture book Santa Calls. Watch some behind the scenes footage of the creation of Santa Calls. Santa Calls follows three kids as they venture to the North Pole to help Santa defeat an army of evil elves in this holiday classic from the brilliant mind that brought you The Fantastic Flying Books of Mr. Morris Lessmore.Art Atchinson Aimesworth—inventor, crime fighters, and all-around whiz kid—journeys north with his sister, Esther, and his pal Spaulding, by special invitation from Santa himself. Why did Santa call them to the North Pole? Art wants to know. But when Esther is taken by the Queen of the Dark Elves, Art must put his questions aside and save his sister.This reissue of William Joyce’s epic Christmas adventure now comes complete with lift-the-flap letters from Santa himself!

© 2020 OwlTail All rights reserved. OwlTail only owns the podcast episode rankings. Copyright of underlying podcast content is owned by the publisher, not OwlTail. Audio is streamed directly from Simon & Schuster servers. Downloads goes directly to publisher.