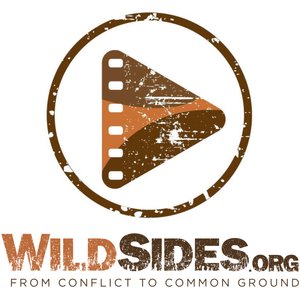 We live with controversy and debate everywhere. But now and then one event or series of events will throw a conflict over the edge. We’ve seen that it can be an act by one individual, a protest, a storm or even a presidential election. Wildlife Conflict Untangled is a podcast by WildSides, a non-profit that explores human-wildlife interaction: From Conflict to Common Ground. Visit us at www.wildsides.org. Narrated by Jeff Mittelstadt you will join him as he learns about what causes conflict to escalate, the similarities among opposing viewpoints, and the difficulty and importance of understanding different sides of an issue. Our first season concentrates on the endangered red wolf in northeastern North Carolina. You get to join Jeff as he explores a new place, immerses himself in experiencing life in northeastern North Carolina, learns from amazing people with differing opinions surrounding the conflict over red wolves and navigates the federal evaluation that will determine the future of the only wild red wolf population in the world. How has the red wolf gone from extinct in the wild to almost 130 animals and now down to 45 or fewer left in the wild today? What is the conflict about and how did we get here? What happens now? Roll up your sleeves with us, jump into this story as it develops over the coming months! Come with us as it unfolds from Conflict to Common Ground.

The conflict over red wolves escalated in 2013 and 2014 based on coyotes. Why Coyotes? In this episode we begin to explore the relationship between red wolves, coyote hunting, private property and the State of North Carolina. How did the red wolf recovery program go from a divisive issue to a more heated conflict? Learn how coyotes, shootings of red wolves and coyote hunting led to a lawsuit pitting conservation groups (Red Wolf Coalition, Defenders of Wildlife and Animal Welfare Institute), represented by Southern Environmental Law Center, against the North Carolina Wildlife Resources Commission. You can find out more and see photos at www.wildsides.org. Check out the homepage and the Red Wolf page. Music Attribution, Creative Commons 3.0 - Sweetwaveaudio https://soundcloud.com/sweetwaveaudio/free-ambient-loopSpecial Thanks to this episode's Editor and Co-Producer: Gabriel Maisonnave.