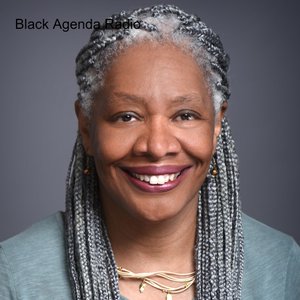 Hosts Glen Ford and Nellie Bailey, veterans of the Freedom Movement’s many permutations and skilled communicators, host a weekly magazine designed to both inform and critique the global movement. 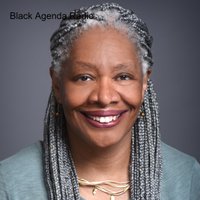 Welcome to the radio magazine that brings you news, commentary and analysis from a Black Left perspective. I’m Glen Ford, along with my co-host Nellie Bailey. Coming up: New scholarship explores the lives of the first Africans to fall under European rule, half a millennium ago; and, the birth of hip hop, in New York City. A Black scholar claims that urban destruction under neoliberal capitalism laid the groundwork for the new musical genre. The US assassination of a leading Iranian general threatens to bring the world once again to the brink of war. We spoke with Dr. Anthony Monteiro, the Philadelphia-based Duboisian scholar. The roots of Hip Hop music and culture have long been debated. Dr. Lisa Calvente teaches Intercultural Communications at DePaul University. She wrote a recent article for the political journal “Souls,” in which draws a straight line between neoliberal capitalism and the birth of hip hop in New York City.  Before Christopher Columbus ever set out for the New World, the Portuguese had been making raids on West Africa, and taking Black prisoners as slaves. Nick Jones is a professor of Spanish at Bucknell University. He’s written a book about the lives of those African captives of the Portuguese and Spanish empires. It’s titled, “Staging Habla de Negros: Radical Performances of the African Diaspora in Early Modern Spain.”

Welcome to the radio magazine that brings you news, commentary and analysis from a Black Left perspective. I’m Glen Ford, along with my co-host Nellie Bailey. Coming up: The corporate media claims that Medicare for All is a far left issue, but how could that be, when polls show that supermajorities of Americans are in favor of single payer? Supporters of political prisoner Mumia Abu Jamal believe the legal barriers to his freedom are falling; and, a Jamaican-born scholar says Rastafarians are in the forward ranks of the global movement for Black liberation. Another meeting between President Trump and other heads of state of NATO countries has ended in discord and confusion. However, Ajamu Baraka, of the Black Alliance for Peace, says the disarray in the North Atlantic Treat Organization is not necessarily a bad thing. Polls show that Medicare For All continues to garner support from huge majorities of Democrats, and even about half of Republicans. The future of health care in the United States is also a multi-trillion dollar economic issue. We asked Kevin Zeese, of Popular Resistance, if the corporations that profit from privatized health care are panicking at the growing popularity of Medicare for All.  Supporters of Mumia Abu Jamal rallied in a number of cities last week, as part of a push to finally free the nation’s best known political prisoner. Linn Washington is a legal scholar who has closely followed Abu Jamal’s case. He took part in a teach-in in New York City For most Americans, Rastafarians are associated with music and marijuana. But Dave Dunkley, a professor of Black Studies at the University of Missouri, says Rastas played a key role in the emergence of a global Black liberation movement. Dr. Dunkley has authored a number of books on the subject, and wrote a recent article about the man who is credited with founding the Rastafarian movement, Leonard Percival Howell. 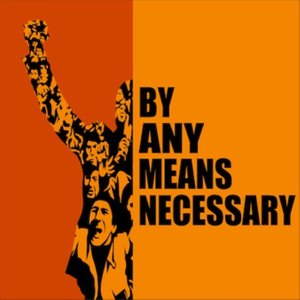 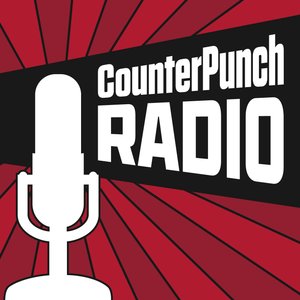 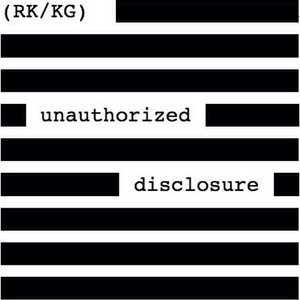 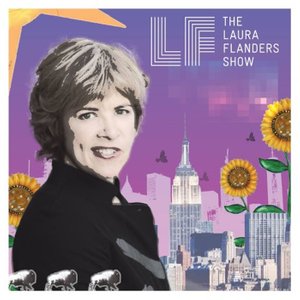 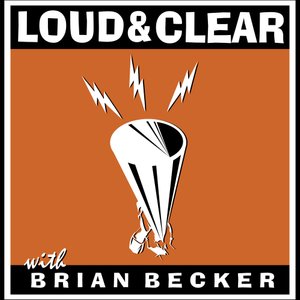 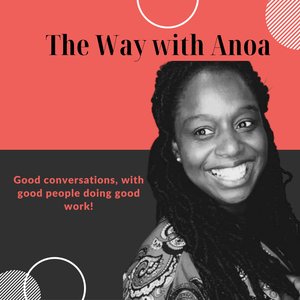 The Way with Anoa 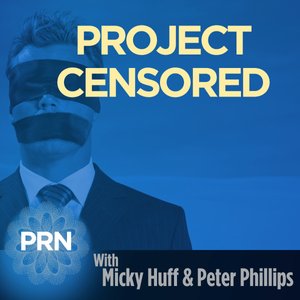 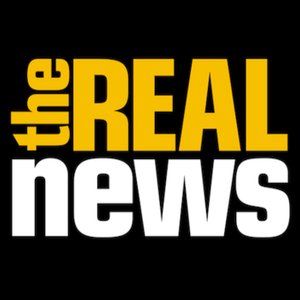 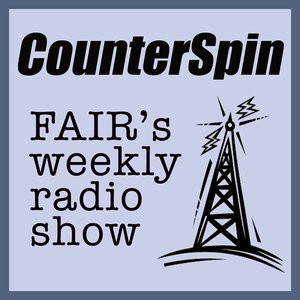 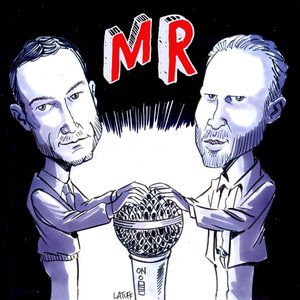 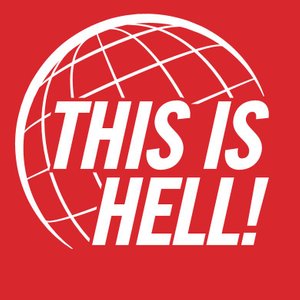 KPFA - Behind the News

Welcome to the radio magazine that brings you news, commentary and analysis from a Black Left perspective. I’m Glen Ford, along with my co-host Nellie Bailey. Coming up: The Black Is Back Coalition recently marked it’s tenth year of agitation and organizing, with its annual march on the White House and a national conference in Washington DC; and, When did western Europe become wedded to the ideology of white supremacy? A Black scholar says the roots of anti-Blackness go back to the Middle Ages, when Black became synonymous with inferiority and evil in white minds. Only two years ago, polls showed Senator Bernie Sanders was the most popular politician in the nation. But, these days, if the Democrat-oriented media mention Sanders’ presidential campaign at all, it is to malign and disparage him and his sweeping social and economic proposals. Sander supporters are calling it the “Bernie Blackout.” We spoke with noted political analyst Dr. Anthony Monteiro, a Duboisian scholar who works closely with the Philadelphia Saturday Free School. Monteiro says there’s a direct connection between corporate media treatment of Sanders and the general crisis of legitimacy afflicting late stage capitalism. The Black Is Back Coalition for Social Justice, Peace and Reparations recently celebrated its tenth anniversary with its traditional march on the White House, followed by a national conference. One of those who spoke was Jihad Abdulmumit, the chairperson of the National Jericho Movement, which fights for the rights of political prisoners. Abdulmumit is himself a former Black Panther Party political prisoner, and the Jericho Movement is a member organization of the Black Is Back Coalition. In recent decades, scholars have dug much deeper into the historical roots of white supremacy in western Europe, and its spread throughout the colonized world. Much of that scholarship contends that white supremacy has its roots in the trans-Atlantic slave trade – that a racist ideology was created to justify the plundering of non-white peoples and the enslavement of Africans. But Cord Whitaker, a professor of English at Wellesley College, has written a book that maintains white supremacy goes back to the Middle Ages, centuries before Christopher Columbus. Whitaker’s book is titled, “Black Metaphors: How Modern Racism Emerged from Medieval Race-Thinking.“

Welcome to the radio magazine that brings you news, commentary and analysis from a Black Left perspective. I’m Glen Ford, along with my co-host Nellie Bailey. Coming up: Washington wins some and loses some in it global game of regime-change. Chicago has become the national hub of the movement for community control of the police. And, activists gear up to mark the 38th year of imprisonment of Mumia Abu Jamal. Nationwide opposition to the government has paralyzed Haiti for months, but the Jovenel Moise regime refuses to step down. Daoud Andre of the Committee to Mobilize Against Dictatorship in Haiti, says the regime has resorted to importing mercenaries to assassinate protest leaders. The US global policy of overthrowing governments that don’t do Washington’s bidding has had successes and failures, recently. We spoke with Dr. Gerald Horne, the renowned historian and amazingly prolific author.  Chicago has become the national focus of the struggle for community control of the police. Last month, 800 activists gathered at the Chicago teachers union hall for an historic conference to refound the National Alliance Against Racist and Political Repression. The Alliance was originally founded in 1973, but was later largely disbanded. However, the Chicago chapter held on, under the leadershsip of veteran organizer Frank Chapman. Mr. Chapman presided over the recent refounding of the Alliance, and he’s a happy man.  Supporters of Mumia Abu Jamal, the nation’s best known political prisoner, are gearing up for an important event in Philadelphia, on December 9. It’s called “Youth Rise Up Against Empire,” marking 38 years of Abu Jamal’s imprisonment, during which time he’s written a number of books. Mumia’s latest book is a trilogy, titled “Murder Incorporated,” that explores the history of US imperial crimes. Abu Jamal says he was inspired by the work of the late Howard Zinn.

Welcome to the radio magazine that brings you news, commentary and analysis from a Black Left perspective. I’m Glen Ford, along with my co-host Nellie Bailey. Coming up: Can a Black-Native American alliance bring the white supremacist, conquistador state to an end? An author and educator thinks so. Another writer believes that the climate crisis will create the political conditions that will defeat white supremacy. We’ll hear his theory, as well. And, political prisoner Mumia Abu Jamal provides a lesson on the roots of the prison abolition movement.  Blacks have been voting overwhelmingly Democratic for more than two generations. For much of that period, the actual Black economic condition has deteriorated, relative to whites. But Joe Biden is running for president as if the past was great for Black people. We spoke with Malaika Jabali, a public policy attorney, writer, and activist, based in Brooklyn, New York. Jabali says the establishment Democrats are working on the wrong assumptions. Scholars have written quite a bit about alliances between Blacks and Native Americans, resisting European conquest and enslavement in the Americas. But Tiffany King, an Assistant Professor of Women's, Gender, and Sexuality Studies at Georgia State University, has written a book that argues that Blacks and Native Americans still pose a threat to what she calls “the conquistador white settler nation.” Tiffany King’s book is titled, “The Black Shoals: Offshore Formations of Black and Native Studies.” Climate change threatens to make much of life on Earth extinct, including human life. But educator and journalist Nicholas Powers thinks some good can come out of the mobilization to fight climate change. Powers is author of the book, “The Ground Below Zero: 9/11 to Burning Man, New Orleans to Darfur, Haiti to Occupy Wall Street.” Powers is also an associate professor of English at the State University of New York at Old Westbury. In a recent article for Truthout, Powers surmised that the climate crisis may create the political conditions to finally defeat white supremacy. Mumia Abu Jamal, the nation’s best known political prisoner, presents this report on the roots of the current prison abolition movement.