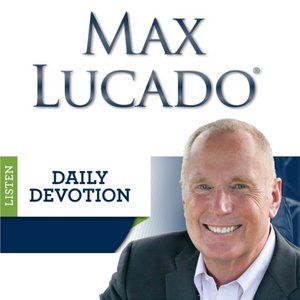 Words of Hope and Help 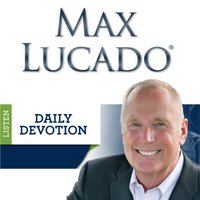 The Hope the World Needs

Listen to Today's Devotion You know, we’re caretakers of the message of Jesus. As you and I live out our faith, he is delivered into a faith-famished culture. We have the hope this world needs, but sometimes we forget. Billion-dollar industries are conning you by luring you into lifestyles that will leave you wounded and weary. How about some examples? Pornography is one. Pornography, they say, is a harmless expression of sexuality. Hardly – it is as addictive as alcohol and drugs. Or this one: Whoever dies with the most toys wins. Take on the liability. Borrow the money. But your Maker tells you, “Do not lay up for yourselves treasures on earth…but lay up for yourselves treasures in heaven” (Matthew 6:19-20). The lies are everywhere, and their consequences are devastating. Be careful! Don’t get too cozy in this culture. Read more You Were Made for This Moment For more inspirational messages please visit Max Lucado.

Listen to Today's Devotion In the story of Esther, the Jews were three generations and more than a thousand miles removed from their days in Jerusalem. The Jews who remained in Persia chose to remain in Persia. Exile had been kind to them. All they had to do was abide by the rules and fade into the fabric of the culture. The book of Esther depicts a people who are distant from their land. Jerusalem was far away, and Persia was, well, so relevant, so lush, so inviting. The point of the first chapter of Esther is simply this: Persia is lying to you. Do we need the same reminder? God displays his glory, God displays his goodness through the church. As we worship God, as we love our neighbors, as we cherish our families, we become billboards of God’s message. We were made for this moment. Read more You Were Made for This Moment For more inspirational messages please visit Max Lucado. 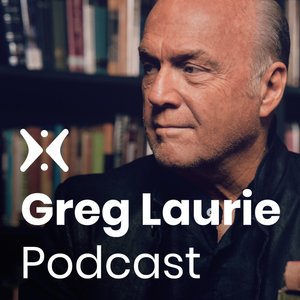 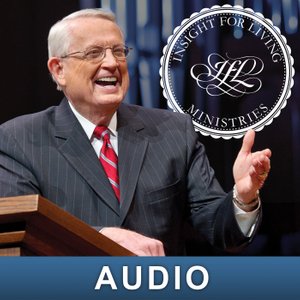 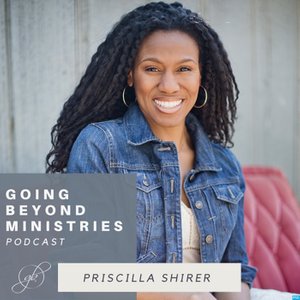 Going Beyond Ministries with Priscilla Shirer 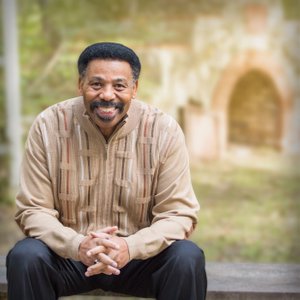 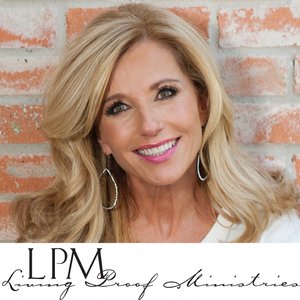 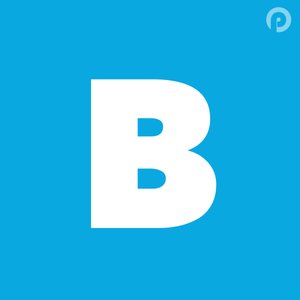 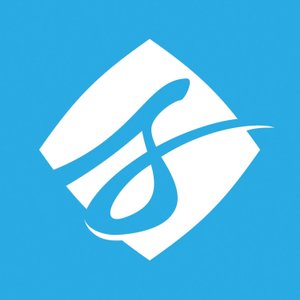 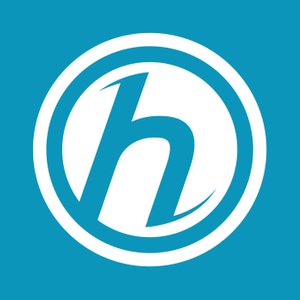 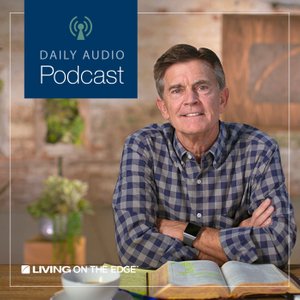 Living on the Edge with Chip Ingram Daily Podcast 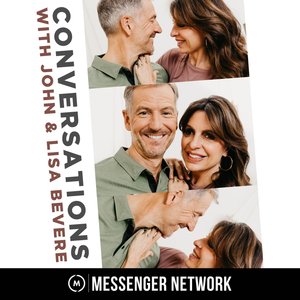 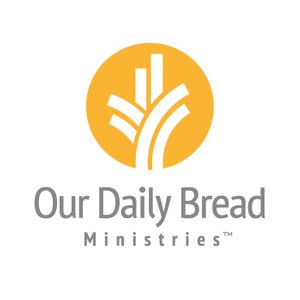 Listen to Today's Devotion God gave this promise to Abraham: “I will bless those who bless you, and I will place a curse on those who harm you. And all the people on earth will be blessed through you” (Genesis 12:3 NCV). When God called Abraham out of Ur, he made a covenant—a promise—that Abraham would be the father of a holy nation. Exactly how would God bless the world through Israel? First, they would model a way of living that reflected the glory and goodness of God. And secondly, they would provide a lineage through whom Jesus Christ, the greatest global blessing, would be born. They were the curators and caretakers of God’s covenant to Abraham. For this reason they were to remain separate. Different. Holy. Set apart. And so are we. The assignment given to the Jews has been passed on to us. Read more You Were Made for This Moment For more inspirational messages please visit Max Lucado.

Don’t Get Cozy in Persia

Listen to Today's Devotion The book of Esther relates the story of a Persian king, Xerxes, who was thirty-five years of age and rich beyond imagination. He staged a six-month extravaganza of fine food, who’s who, pinot noir, and excess. A bit tipsy, Xerxes decided to show off his wife, Queen Vashti. Apparently he expected her to dance in front of his buddies. But boy, was he in for a surprise! She refused to comply. Xerxes’ display of importance became his display of ignorance. What if all the glitz and glamour are only folly and foibles? And what if the lure of the lights is just a hoax? Friend, don’t romp in it. Don’t fall for it. Don’t take the bait. Don’t get cozy in Persia. Stay faithful to your call as a covenant people. Read more You Were Made for This Moment For more inspirational messages please visit Max Lucado.

Listen to Today's Devotion When all seems lost, it’s not. When evil seems to own the day, God still has the final say. He has a Joseph for every famine, he has a David for every Goliath, he always has his person. He had someone in the story of Esther, and in your story he has you. Relief will come, my friend. Will you be a part of it? The world gets messy, for sure. But God’s solutions come through people of courage. People like Mordecai, people like Esther, people like you. People who dare to believe that they, by God’s grace, were made to face a moment like this. In God’s plan confusion and crisis give way to conquest. Winters do not last forever, and springtime is only a turn of the calendar away. For all we know God’s hand is about to turn the page. Read more You Were Made for This Moment For more inspirational messages please visit Max Lucado.

Listen to Today's Devotion For every divine shout there are a million whispers. The book of Esther relates the story of our whispering God, who, in unseen and inscrutable ways, superintends all the actions and circumstances for the good of his people. This priceless book reminds us that he need not be loud to be strong. He need not cast a shadow to be present. God is still eloquent in his seeming silence and still active when he appears most distant. The theme of the book of Esther—indeed, the theme of the Bible—is that all the injustices of the world will be turned on their head. Grand reversals are God’s trademark. And he invites you and me to partner with him in this work. The headline of the book of Esther reads: Relief will come. Will you be a part of it? Read more You Were Made for This Moment For more inspirational messages please visit Max Lucado.

Listen to Today's Devotion The dramatic story of Esther includes a clueless brute of a king; a devious, bloodthirsty Haman; a nation of Jews under threat of extermination. Mordecai, defiant and determined. Esther, gorgeous and gutsy. Haman is the villain of the story. And Mordecai, an exiled Jew, really got under his skin. Esther 2:7 says, “Mordecai had a cousin…whom he had brought up.” Esther “had a lovely figure and was beautiful.” And God? Where is God in the story? You know, the book of Esther is one of the two books in the Bible that never mention the name of God. But a gold nugget lies in the substratum of the Esther story – quiet providence. Providence is the term theologians use to describe God’s continuous control over history. He is regal, he is royal, and—this is essential—he is right here. And he is right here for you. Read more You Were Made for This Moment For more inspirational messages please visit Max Lucado.

Listen to Today's Devotion The setting of the book of Esther is the city of Susa in fifth century BC Persia (modern-day Iran). The empire consisted of roughly 44% of the world’s population. Xerxes, the king, had a thirst for wine, a disregard for women, and convictions that were prone to change with the weather. Haman is the villain in our story. He had the ear of the king, the swagger of a pimp, and the compassion of Hitler. Haman told the king in Esther 3:8-9, “There is a certain people scattered and dispersed among the people…of your kingdom…let a decree be written that they be destroyed.” Now these “certain people” were the Hebrew nation God preserved. They were a chosen race through whom God would redeem mankind. He had something special in store for them, just like he does for you today. Read more You Were Made for This Moment For more inspirational messages please visit Max Lucado.

Listen to Today's Devotion Winters are a part of life—some personal, some global—but all are powerful. Try as we might to bundle up and lean into the wind, the heartiest among us can fall. Nights are too long, and the question is all too common: Will this winter ever pass? God has a six-letter word of encouragement: E-S-T-H-E-R. The book of Esther was written to be read in wintertime for the person who feels outnumbered by foes, outmaneuvered by fate, and outdone by fear. It’s as if God, in his kind providence, heard all the prayers of all the souls who have ever been stuck in an arctic February. And to every person who has longed to see a green sprig on a barren branch, he says, “Follow me. I want you to see what I can do.” Read more You Were Made for This Moment For more inspirational messages please visit Max Lucado.

Listen to Today's Devotion Scripture says in Romans 5:20 that “the more we see our sinfulness, the more we see God’s abounding grace.” To abound is to have a surplus, an abundance, an extravagant portion. Should the fish in the Pacific worry that it will run out of ocean? No. Why?  The ocean abounds with water. Need the lark be anxious about finding room in the sky to fly? No, the sky abounds with space. So should the Christian worry that the cup of mercy will run empty? He may. For he may not be aware of God’s abounding grace. Are you? Are you aware that the cup God gives you overflows with mercy? Or are you afraid your cup will run dry? Or your mistakes are too great for God’s grace? God is not a miser with his grace. Your cup may be low on cash or clout, but it is overflowing with mercy. Read more Grace for the Moment For more inspirational messages please visit Max Lucado.

© 2020 OwlTail All rights reserved. OwlTail only owns the podcast episode rankings. Copyright of underlying podcast content is owned by the publisher, not OwlTail. Audio is streamed directly from Max Lucado servers. Downloads goes directly to publisher.