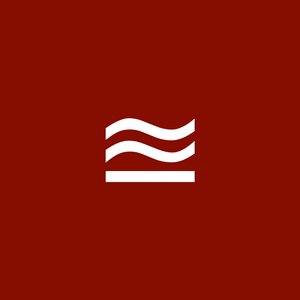 Brent and Michael Simmons make Mac and iOS apps — except when they just talk about making apps. Like on this podcast.

Recorded 6 December 2013. You can download the m4a file. This is the last episode of Identical Cousins. Thank you so much for listening! We had a great time, and we loved hearing from people who enjoyed the show. This episode is sponsored by Oxygene from the super-awesome RemObjects Software. See remobjects.com/oxygene and use the discount code ID13 for 20% off. This episode is also sponsored by HostGator. Use the coupon code COUSINS for 25% off. Get your very own .net domain name! (And web hosting. And 24/7 support. And plenty more.) Some things we mention (or just felt like linking to): Gold is Best 24 Atari Xcode Legos Microserfs RIM’s $10K Developer Committment Pull to refresh iOS 7 360 iDev System 7 Romantic Era Modernism Richard Wagner Claude Debussy Paul Cezanne Pablo Picasso The girls would turn the color of an avocado when he would drive down their street in his El Dorado Pablo Picasso was never called an asshole Ernest Hemingway Bauhaus The bats have left the bell tower Fantastical Flipboard iPad Jean Michel Jarre AltWWDC Skype Scott Forstall iCloud Core Data Syncing Letterpress Pinbook Albina Development Collin Donnell Black Pixel Black Pixel Acquires NetNewsWire Rogue Amoeba Vesper Chatology Glassboard Ulan Bator Yak Shaving The Cannonball Run Cannonball Run Bloopers History of the World, Part 1 Dom DeLuise We talk alot about previous episodes. Instead of linking to them in the show notes, we figured you could just visit the Archive.

Recorded 1 November 2013. You can download the m4a file. In this episode we talk about the release of Fantastical 2 for iPhone. And stuff. This episode is sponsored by Oxygene from the super-awesome RemObjects Software. See remobjects.com/oxygene and use the discount code ID13 for 20% off. This episode is also sponsored by HostGator. Use the coupon code COUSINS for 25% off. Get your very own .net domain name! (And web hosting. And 24/7 support. And plenty more.) Some things we mention (or just felt like linking to): Fantastical 2 Pandora iTunes Radio NetNewsWire 1Password iCloud Keychain RSS Safari Watson Karelia Software Sherlocked Arcade games Class Contracts Tweetbot Jon Oransky Geo-fence Vesper Working on syncing iPad Air Teardown of iPad Air Reveals A7 Chip, LG Display, Qualcomm LTE Modem iPad mini Handbrake MacBook Air Haswell Holy Grail iWork for free Crazy New York Times reporter interviewed on CNN Red Sox Won the World Series FAA to Allow Airlines to Expand Use of Personal Electronics

Recorded 23 September 2013. You can download the m4a file. In this episode we talk about new iPhones, iOS 7, 64-bit support, and app upgrades. Some things we mention (or just felt like linking to): PBS pbs(8) Phosphate Buffered Saline Phish Touch ID 64-bit The Bugs iOS 7 Fantastical and iOS 7 Fear, Uncertainty, and Doubt Old School The Work of Art in the Age of Mechanical Reproduction TextExpander Support Sanford and Son AppShopper Coda Caveat emptor BlackBerry and Fairfax The Nervous Walking *NSYNC New Kids On the Block Michael’s Secret Client The Mid Roll Note: Brent mentions that Vesper hadn’t been updated for iOS 7 yet. That was true at the time of the recording, but is no longer true.

Recorded 23 August 2013. You can download the m4a file. In this episode we talk about Steve Ballmer’s retirement, Tesla, iPhone rumors, iOS 7 design, and Glassboard. This episode is sponsored by RemObjects’s Oxygene for Cocoa. Use the coupon code ID13 for 20% off. From the website: Oxygene is a general purpose modern programming language and environment that lets you create applications and projects for all of today’s major platforms — from Windows over Android to — new — Mac and iOS. All with the same great language, and while leveraging the platform’s native APIs, frameworks and UI widgets. Thanks so much to RemObjects — not just for sponsoring this episode, but for their long-time and continuing support of the developer and podcasting communities. They’ve been great, and their work is worth your attention. Some things we mention: Avalon, NJ Proper Use of Commas CocoaConf Fantastical Ballmer Laughs at iPhone Microsoft Surface Tesla Is Outselling Cadillac, Chrysler, Porsche, and Mitsubishi in California iPhone 5C Rear Shell Subjected to Scratch Tests, Caliper Measurements Apple to Unveil Next Generation iPhone on September 10 I Love Gold! iOS 7 Design Glassboard Seeks New Home 360 iDev

Identical Cousins 19: We Are Syncing

Recorded 28 June 2013. You can download the m4a file. In this episode we talk about iOS 7 and about syncing. This episode is sponsored by Igloo Software. Igloo is an intranet you’ll actually like. You can share content quickly with built-in apps: blogs, calendars, file sharing, forums, Twitter-like microblogs and wikis. Everything is social: you comment on any type of content, @mention your coworkers, follow content for updates and use tags to group things around the way you work. You can add on rooms, like mini-Igloos, for each of your teams to work in It’s easy – the whole thing is drag-and-drop, features responsive design and uses beautiful fonts from TypeKit Your Igloo has enterprise-grade security, and you can start using it right away It’s free to use with up to ten people, and when your Igloo grows, its only $12/person each month Go to igloosoftware.com/patty (as in Duke) to start building your Igloo Some things we mention: We Are Sinking Tokyo Mac Pro Macbook Air CodeWarrior iOS 7 Path OS X Mavericks Vesper Chatology WWDC Fantastical NetNewsWire Marco on NetNewsWire Syncing Feedly FeedHQ FeedWrangler NewsBlur Dropbox iCloud Amazon Web Services Windows Azure Mobile Services Heroku Mr. Reader HockeyApp

Identical Cousins 18: I Took a Lickin’ from a Chicken

Recorded 7 June 2013. You can download the m4a file. In this episode we talk about Vesper, Chatology, and WWDC. But note that this was recorded right before WWDC. So we don’t actually talk about anything announced at WWDC. We know nothing. Note: there is some echo in the audio in this episode. Sorry about that! This episode is sponsored by 23AndMe. Click that link to order a DNA kit for just $99. That’s a great deal for such a cool service. Learn how your genes may impact your health; learn about your ancestry; learn why (or why not) Cilantro tastes weird to you. You can even learn how closely related you are to Neanderthals. (Surely Brent and Michael are very closely related.) 23AndMe’s Personal Genome Service was TIME Magazine’s Invention of the year in 2008, and it’s kept improving. Check it out. This episode is also sponsored by FastSpring, the easy-to-use payment processing system that makes headaches go away. Create a custom order page, and even include purchasing directly in your app. If you’re selling a Mac app — or anything else — from your website, then check out FastSpring. Do yourself a favor. Do it now. Some things we mention: Vesper Chatology WWDC Apple Design Awards Fantastical Glassboard CocoaConf AltWWDC I Took a Lickin’ from a Chicken Statler and Waldorf HockeyApp

Recorded 24 May 2013. You can download the m4a file. Brent and Michael talk to Jonathan Deutsch from Tumult Inc., which makes Hype. Which is awesome software. This episode is sponsored by CheckBook Pro from Splasm Software, Inc. It’s a personal finance manager for Mac OS X — with an iOS app in development. It makes it easy to figure out what you’re spending too much money on. It even makes it easy to get your totals ready for taxes. (Taxes. Ugh. Gotta do it, though!) Simple and powerful. The new version 2.5 is on sale for $19.99 until the middle of June. Some things we mention Patty Duke Show Ronald D. Moore J.J. Abrams Flat tax United States tax code Apple at Congress European VAT tax Tumblr Marco on the Tumblr acquisition Yahoo Marissa Mayer Google Twitter Instagram Flickr Bing David Karp Ryan Nielsen HTML 5 WWDC AltWWDC labs Talk Show Live HockeyApp PLCrashReporter iOS 7 and Ive Popovers Sidebar basement hamburger menu OmniPresence iCloud Syncing Microsoft Eddy Cue macminicolo OmniOutliner Sandboxing Mountain Lion MacBook Air Haswell You can follow Jonathan on Twitter.

Recorded 26 April 2013. You can download the m4a file. Brent and Michael talk to Chris Liscio, author of the amazing audio apps Capo, FuzzMeasure, and TapeDeck. This episode is sponsored by FastSpring, the easy-to-use payment processing system that makes headaches go away. Create a custom order page, and even include purchasing directly in your app. If you’re selling a Mac app — or anything else — from your website, then check out FastSpring. Do yourself a favor. Do it now. Some things we mention: Capo FuzzMeasure TapeDeck Serpico Simmons Mattresses WordPerfect WWDC Toronto San Francisco #AltWWDC AppKit Fantastical Symbian HockeyApp OpenGL Chris Liscio speaking at Çingleton 2011 Ridiculous Fishing Eric Sink’s Product Pricing Primer Letterpress AppViz appFigures You can follow Chris on Twitter.

Identical Cousins 15: I Got Nothin’

Recorded 19 April 2013. You can download the m4a file. Brent and Michael talk about feedback from testers, Siri and privacy, using open source code, Summly, and iSteve. This episode is sponsored by Windows Azure Mobile Services. Learn how easy it is to get started by watching the videos (at the link above). Set up a database, send push notifications, write scripts that run periodically, authenticate users via Twitter and Facebook, and plenty more. All without being locked into Visual Studio or some crazy thing — instead, you interact with the system in your browser. Write your code in JavaScript in any text editor. Some things we mention: WWDC NetNewsWire Siri and Privacy Fantastical FMDB Core Data SQLite ICU Business Insider on why Yahoo bought Summly Machine learning Japan HockeyApp De Anza College iSteve Pirates of Silicon Valley Jobs

© 2020 OwlTail All rights reserved. OwlTail only owns the podcast episode rankings. Copyright of underlying podcast content is owned by the publisher, not OwlTail. Audio is streamed directly from Brent and Michael Simmons servers. Downloads goes directly to publisher.