Updated about 14 hours ago

John King and his panel of well-sourced reporters bring you their latest scoops on the most important political stories of the day. A reporter with three decades of experience covering the White House, Congress and the campaign trail, King has interviewed presidents, politicians and voters. He explains what political stories matter, and why they matter to you.

John King and his panel of well-sourced reporters bring you their latest scoops on the most important political stories of the day. A reporter with three decades of experience covering the White House, Congress and the campaign trail, King has interviewed presidents, politicians and voters. He explains what political stories matter, and why they matter to you.

By What could go wrong - Mar 04 2019
Read more
Great host and solid guests, create a great hour of political analysis.

By Mr. Sparkie - Apr 18 2018
Read more
John King &amp; company are the best. Insightful &amp; unbiased what else do you need to know?

By What could go wrong - Mar 04 2019
Read more
Great host and solid guests, create a great hour of political analysis.

By Mr. Sparkie - Apr 18 2018
Read more
John King &amp; company are the best. Insightful &amp; unbiased what else do you need to know?

Updated by OwlTail about 14 hours ago

Read more
The world's most wanted terrorist, Abu Bakr al-Baghdadi, is dead after a dramatic U.S. special forces raid in northern Syria. Officials say the ISIS leader detonated a suicide vest as American forces closed in. CNN's Nick Paton Walsh reports on the latest developments from Iraq. CNN's Ben Wedeman and Ryan Browne break down the significance of al-Baghdadi's death and what this means for the U.S. military's mission in Syria. Plus, a look ahead to a busy week for House Democrats in their impeachment inquiry. Today's Panel: Lisa Lerer of the New York Times, the Washington Post's Toluse Olorunnipa, Catherine Lucey of the Wall Street Journal, and Politico's Heather Caygle.

Rank #2: Thursday, October 24, 2019: Trump and Republicans on the Attack amid Damning Impeachment Testimony

Read more
House Conservatives barge into a secure impeachment hearing. Democrats call it a stunt designed to distract from damning testimony, and promise public hearings -- most likely next month.

And on Capitol Hill -- a rare bipartisan moment of unity -- and a solemn farewell to Congressman Elijah Cummings.

Also on the Program: CNN's Manu Raju and Michael Warren 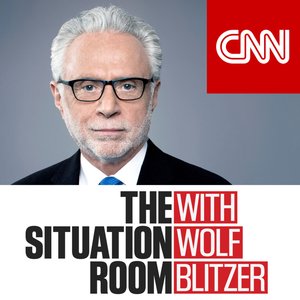 The Situation Room with Wolf Blitzer 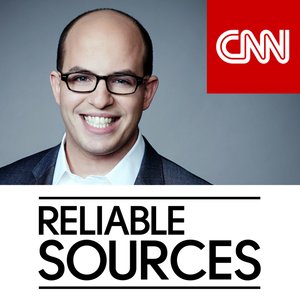 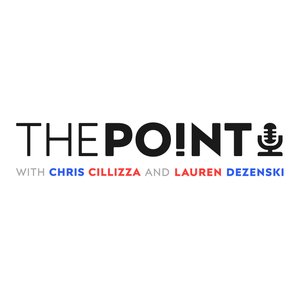 The Point with Chris Cillizza and Lauren Dezenski 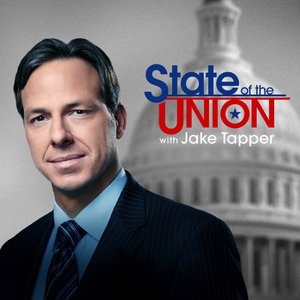 State of the Union with Jake Tapper 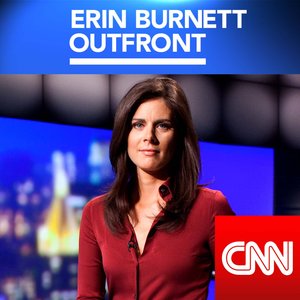 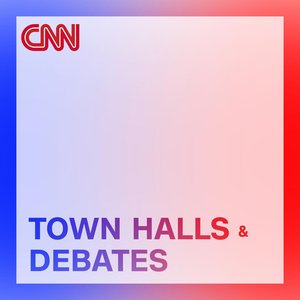 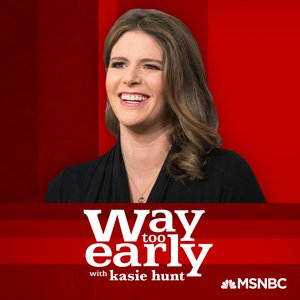 Way Too Early with Kasie Hunt 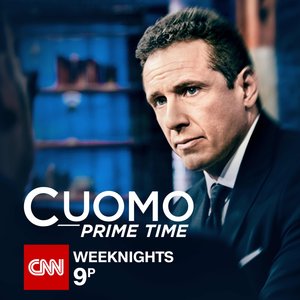 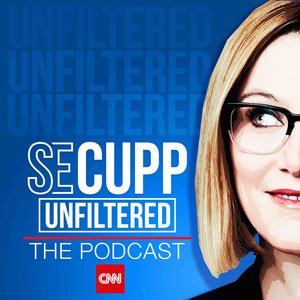 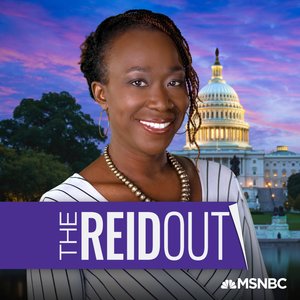 The ReidOut with Joy Reid 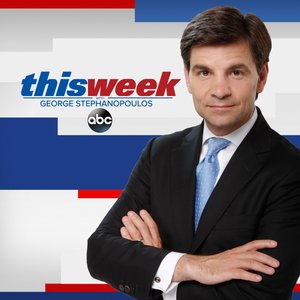 This Week with George Stephanopoulos 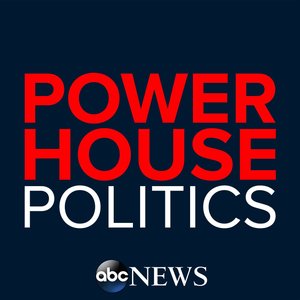 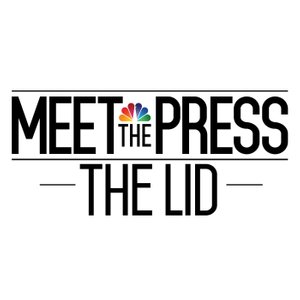 Meet the Press: The Lid 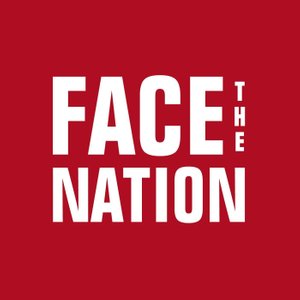 Face the Nation on the Radio 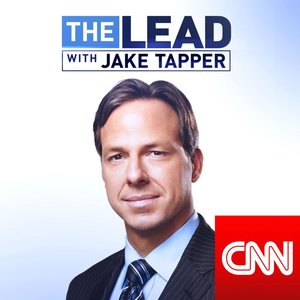 Read more
A defining moment of the Trump Presidency - Iran's top general killed in a U.S. airstrike. With Iran now vowing revenge, what happens next as tensions escalate in the Mideast?

Plus, less than a month until Iowa votes. Will foreign policy now take center stage in the 2020 race?

And an impeachment impasse. As Congress returns from the holidays, there's still no date for President Trump's trial.

Nia-Malika Henderson in the anchor chair.

Plus exclusive reporting on the ground in Tehran from CNN's Fred Pleitgen.

Read more
The President just spent 33 minutes talking to reporters -- much of that time was dedicated to discussing the latest mass shootings in America. He said his influence over gun policy is stronger now than in years past, and he promised solutions are coming. But will Congress cooperate?

And, Democrats running for President descend on the Iowa State Fair. And they're being put on the spot to answer a stark question about the President: Do they believe he is he a white supremacist?

Also on the program: CNN's Arlette Saenz and Vicky Ward

Read more
Impeachment enters a critical new phase, as Democrats claim they have the upper hand - and the president calls it a scam.

Plus - Joe Biden's Iowa campaign shifts into high gear, with a message for his 2020 rivals: he's not going anywhere.

Nia-Malika Henderson in the anchor chair.

Read more
It is debate night for the six leading 2020 Democrats. There are new tensions between progressives Elizabeth Warren and Bernie Sanders, while Joe Biden, Pete Buttigieg and Amy Klobuchar look to sell Iowa caucus voters on the idea a centrist has the best chance to beat President Trump.

House Speaker Nancy Pelosi tells House Democrats they have to wait one more day to find out who she will tap to manage the Senate impeachment trial.

And Majority Leader Mitch McConnell waits for the impeachment articles to arrive in the Senate, and watches a handful of Republicans who might vote to include witnesses in the trial.

Read more
Fourteen states and American Samoa cast ballots in the biggest day on the presidential primary calendar. Several former rivals now back Joe Biden, but Bernie Sanders hopes that it's too late to stop him from opening a big delegate lead.

It's proving day for Michael Bloomberg and Elizabeth Warren. The former New York mayor is on the ballot for the first time today; the Massachusetts senator voted at home and hopes super Tuesday finally brings her a primary win.

And, the Federal Reserve slashes interest rates in a bid to juice the economy through the Coronavirus crisis, as Congress nears approval on a multi-billion-dollar emergency response plan.

Read more
Plus, officials announce the first U.S. death from coronavirus in Washington state. Amid growing concerns over a potential outbreak here at home, the White House is rolling out new travel restrictions - but says most Americans should go about their normal routines.

And is America's longest war finally nearing its end? The Trump administration signs a peace deal with the Taliban and says U.S. troops will begin a complete withdrawal from Afghanistan. Hawks in his own party say the deal is dangerous, but the president says it is long overdue.

Today's panel: Jackie Kucinich of the Daily Beast, Michael Shear of the New York Times, Dan Balz of the Washington Post, and CNN's Nia-Malika Henderson. Plus CNN's Nic Robertson live from Qatar on the U.S.-Taliban deal.

Read more
Just another week in the Trump presidency - a feud with Denmark, and a promise that he alone can beat China on trade. What will this weekend's G7 summit bring?

Plus, the Trump economy on edge - with markets dropping over the president's words and an escalating trade war. But the White House insists it's nothing to worry about.

With three weeks to go before the Iowa caucuses, the attacks get sharper as six of the the leading Democrats prepare for tomorrow's CNN debate.

And the defense secretary concedes he never saw intelligence specifically indicating an Iranian threat on four American embassies, despite what President Trump said.

Read more
Congress enters the end game, as House Democrats get closer than ever to impeaching the president.

Plus, the gloves come off in the 2020 race, as Elizabeth Warren and Pete Buttigieg square off over transparency and corruption.

And a look at President Trump on the world stage - and how his fellow leaders treat him behind the scenes.

David Gregory in the anchor chair.

Read more
Joe Biden's stunning comeback upends the Democratic race. With six more states preparing to vote, will he cement his lead, or can Bernie Sanders turn things around?

Plus, Warren ends her political campaign, but her exit revives the debate about sexism in politics.

And as the administration scrambles to stop the spread of coronavirus, President Trump's mixed messages are only adding to the confusion.

Plus, Elizabeth Warren is also weighing her future after coming up empty on super Tuesday -- including running third in her home state of Massachusetts.

And the Bernie Sanders campaign is left stunned by the swiftness and scope of the Biden resurgence. Sanders is leading in delegate-rich California -- but his Tuesday -- and now his Wednesday -- anything but super.

Read more
After a bold U.S. strike, Iran backs down. President Trump sees a major victory - but finds himself facing a crisis of credibility over his constantly-shifting justification for it.

Meanwhile, Iranians take to the streets en masse to protest their government's accidental shootdown of a Ukrainian airliner.

Plus, the impeachment trial approaches, as Nancy Pelosi signals she's ready to name managers and submit the articles to the Senate.

And three weeks from the first votes, Iowa is a tossup.

The Trump White House tries to address a major coronavirus shortcoming, taking several new steps designed to accelerate production and availability of tests. The President is expected to make an emergency declaration at an afternoon news conference.

And Democratic Presidential candidates Joe Biden and Bernie Sanders criticize the administration's response, as they struggle to keep their campaigns moving forward amid the crisis.

Plus, with Michael Bloomberg on the rise, his record on race is increasingly coming under scrutiny

And the post-acquittal president - Trump crosses another line, and this time, even his own attorney general asks him to pump the brakes.

Read more
Florida starts to feel the effects as Hurricane Dorian as it batters the Bahamas. The storm has killed at least five people and island officials expect the number to rise.

Plus, battle lines being drawn over Brexit. British Parliament is back from its summer break for a showdown with Prime Minister Boris Johnson.

And, in the 2020 race, Joe Biden's campaign announces it will return donations it received from federally registered lobbyists, as he once again defends his botched version of a war story.

Read more
History in the House as the impeachment fight enters a critical new phase.

Plus, a new star shines in Iowa - as a former bright light says goodbye to the 2020 race.

And with one year until Election Day, Democrats duke it out over health care - as President Trump hones his campaign message

Read more
Apache gun-ships in the skies and tear gas in the streets, as security forces fight back protesters attacking the U.S. Embassy in Baghdad.

And "D" is for dollar signs, as the top Democratic presidential contenders reveal who's feeling flush with cash after the fourth quarter.

Plus, Chief Justice John Roberts warns America not to take democracy for granted. This comes as he prepares to preside over the President's impeachment trial.
On todays Panel: CNN's Lauren Fox, Meridith McGraw with POLITICO, Katie Rogers with The New York Times and Karoun Demirjian with The Washington Post

© 2020 OwlTail All rights reserved. OwlTail only owns the podcast episode rankings. Copyright of underlying podcast content is owned by the publisher, not OwlTail. Audio is streamed directly from CNN servers. Downloads goes directly to publisher.