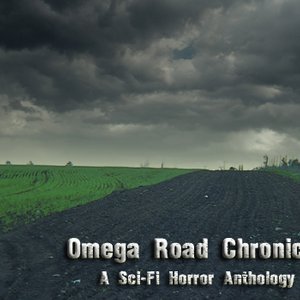 Between the shadows of thought and the light of reality lies a place long forgotten. One where hope is lost, a discovery of despair, and an appetite for unpredictable horror. It's not a place where you can lock the windows and doors, but place where you come face to face with the fears and nightmares of your mind. You are about to embark on a journey: A journey reaching deep into the splinter of your mind's eye. You are not in control... we will bend and twist all your perceived thoughts to an unimaginable depth with things only our minds can conceive of... as you travel down the last path to take... the Omega Road. 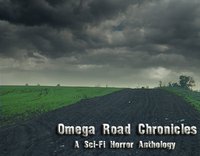 The Omega Road Chronicles: Episode 3 - A Killer With Eyes Of Ice

An interstellar plague...An inhospitable planet made into a Leper colony...A rush to find a cure... Is it for the greater good? Featuring the voice talents of: Rhayne Archer as Samantha Monte Bratten as Howard Tanja Milojevic as Elena Chris Alder as Cob Edison Pongklub as Delta Alex White as Julius Tim Rowe as Mengus Miranda Gauvin as the Benz Mechanical Voice Marilou Carpin as Voice 1 Mark Kalita as Voice 2 Dave Frizzell as Voice 3 Tanja Milojevic as Voice 4 and Edison Pongklub as the Narrator Written by: H.E. Roulo Music by: Kevin MacLeod Human Response Mystified Directed and Produced by: Dave Frizzell Copyright 2009-2015 Dave Frizzell and Necropolis Studio Productions visit us at www.necropolisstudioprod.com

The Omega Road Chronicles: Episode 2 - The Withered Leaves Of Autumn

The acquisition of money and the evils of a private corporation running the universes DNA banks... In a future Detective Noir. Featuring the voice talents of: Mark Kalita as Rick Jonathan Cooke as Jim Tanja Milojevic as Monica Gwendolyn Jensen-Woodard as Cassie Marianne Coleman-Hipkins as the Spaceport Announcer David Frizzell III as the Concierge Dave Frizzell as Ramon J.J. Thomas as the Corpse Dave Frizzell as the Corpse Cop 1 Monte Bratten as the Corpse Cop 2 Christina Lam as the Operator Constance Howard as the Waitress Sidney Williams as the Customer Stephanie Frizzell as the Reporter Christine Lam as the Hotel Guest and Edison Pongklub as the Narrator Written by: M. Jones Music by: Kevin MacLeod Lara St John Kirk Lorange The Union Trade American Baroque Ekaterina Human Response Directed and Produced by: Dave Frizzell Copyright 2009-2015 Dave Frizzell and Necropolis Studio Productions visit us at www.necropolisstudioprod.com

Passionate change for a society that has returned to the ways of the past... In the future. Featuring the voice talents of: Jonathan Cooke as Joran Constance Howard as Nola Madeline Bratten as Child 1 and Child 2 Glen Hallstrom as Examiner Eurick Christina Lam as The Fifth Consort Monte Bratten as Zachran - Officer Two Bruce Busby as Laxton - Officer Three Jen Harvey as Wara - Officer Four Tanja Milojevic as Loren - Officer Six Julie Hoverson as Lady Shena Tolan Gwendolyn Jensen-Woodard as Person in the Crowd 1 David Frizzell III as Person in the Crowd 2 Mark Kalita as The Announcer Dave Frizzell as Audience Member 1 Bill Hollweg as Audience Member 2 Simon Meddings as The Autarch and Edison Pongklub as the Narrator Written by: Jen Rhodes and Simon Meddings Music by: Kevin MacLeod Human Response Kyiv Chamber Choir David Modica Lara St John Emsemable Mirable Hans Christain Directed and Produced by: Dave Frizzell Copyright 2009-2015 Dave Frizzell and Necropolis Studio Productions visit us at www.necropolisstudioprod.com

A promo for our audio drama: The Omega Road Chronicles.