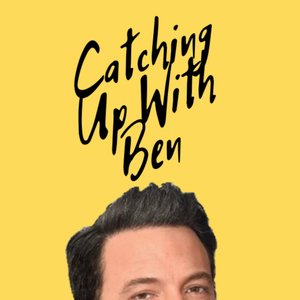 Catching Up With Ben

You've seen him save hostages in Argo, fight crime as the Caped Crusader, and get married once or twice. He's everybody's favorite Hollywood star, Ben Affleck. Join Mike and Josh as they venture through Ben's filmography to highlight the ups and downs of a very illustrious and highly profiled career.Tune in every Monday at 12 PM CTDish 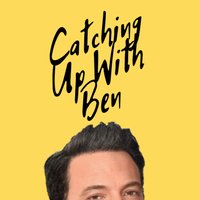 Despite saying they were only going to watch movies over the sixty minute mark, Joshua has forced Mike to watch Ben's first appearance on Saturday Night Live. Yeah it's real cringey. And on Mike's Minute the gang talks about new images of Batfleck in action (probably played by a stunt double) and react to Ben's newest film trailer, The Last Duel.

It's here! Mike and Josh watched BOILER ROOM! To kick off week 15 of watching every single damn Ben Affleck movie, we have invited director Mya Lyman to offer her two cents about the filmography and craft of Affleck. She even joins in on Mike's Minute. LEAVE HIS KIDS ALONE. Enjoy!

STOP THE PRESSES! A Kevin Smith film that Mike and Josh don't absolutely loathe the sight of? We must be talking about DOGMA, the film where Ben Affleck finally gets to play the role of a lifetime: an all knowing deity with angel wings that get brutally shot off in the finale. Oops, SPOILERS. Also more from Ben and Jen of course.

The true force of nature is back, this time starring in a film titled FORCES OF NATURE. Join Mike and Josh as they welcome back the films of Ben Affleck into their lives (and their hearts) and hear more about his upcoming role as Bruce Wayne in The Flash movie.

Mike and Josh are back in the dumps to watch 200 CIGARETTES, a film that makes you want to chain smoke two hundred cigarettes. You also get to hear the hosts' live reactions to a steamy new video featuring Ben &amp; Jen. Yep. It's a brand new week of watching Ben Affleck films!

Oscar season is back for Ben, this time in highly controversial SHAKESPEARE IN LOVE, a movie where Ben Affleck's presence is arguably both the best and worst thing about the film. Tune in to hear our thoughts on the film and of course on the continuous updates of the modern Bennifer love story.

Michael Bay's ARMAGEDDON was the highest grossing film of 1998, however it was also nominated for seven razzies which tells you everything you need to know about what people were watching in 1998. To help us get through this masterpiece and also shamelessly plug their upcoming single is the band DIVISOR (Mike's band). Tune in to hear us all lose our minds over Ben Affleck playing with graham crackers while Steven Tyler plays as well as final confirmation of his relationship with JLO!

Oh boy, oh boy. This week we are gifted with Dean Koontz's PHANTOMS, a film that has been relegated solely to a reference in a Jay &amp; Silent Bob film. But should it be remembered more fondly? Probably not, but Mike and Josh are going to talk about it anyways! To help them, they are joined by musician and icon Declan Beyer who immediately regrets their decision of signing up to be a guest on a podcast about Ben Affleck.

On this very special episode of Catching Up With Ben, we are discussing Ben Affleck's first ever Oscar win for his role in the making of GOOD WILL HUNTING, a film so iconic and classy that it barely needs any introduction. Joining us today is Katie Mae Ryan, who is bringing her Bostonian roots to the table to help uncover the secrets of the rough language of the film. Enjoy!

Another week, another Ben Affleck film. This time we're revisiting the world of Kevin Smith with CHASING AMY, a film that makes us question if Ben Affleck is in fact a real person and not just a specimen made in a lab somewhere. We're also talking past and current day drama regarding our boy.

© 2020 OwlTail All rights reserved. OwlTail only owns the podcast episode rankings. Copyright of underlying podcast content is owned by the publisher, not OwlTail. Audio is streamed directly from Pick 3 Entertainment servers. Downloads goes directly to publisher.