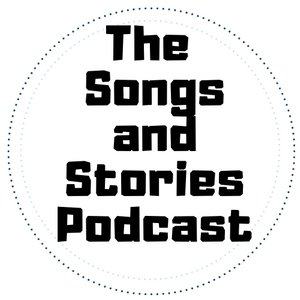 The songs and stories of Michael Gaither

Michael Gaither and Steve Kritzer play from their new CDs, “Hey Karma” and “Right Where I’m Supposed to Be” live on KPIG radio.

A chat with the SLO gypsy jazz swing tango folk wild classical outfit about their new record, "Ebb and Flow". Details at http://www.michaelgaither.com.

Michael Gaither - Songs and Stories #111: The Band of Heathens

Another one to file under “cool people I’ve met along the way”. Or should I say *finally* met. I almost crossed paths with singer/songwriters Stephanie Bettman and Luke Halpin several times the past few years (FAR-West, the occasional showcase) but it was always a near miss. We finally got together last fall here for a very fun visit at the house when they came by to do the kitchen-table talk thing.

Michael Gaither - Songs and Stories #81: Saved for a Rainy Day

An interview by KVMR's Wesley Robertson, live performances of "After a Good Rain", "Roselle", and "Gettin' to My Glory Days", and live cover of Warren Zevon's "My Ride's Here" from Evangeline's Cafe later that evening.

Boston songwriter Eilen Jewell talks about her influences (Loretta Lynn, The Zombies, Buddy Holly), her latest release "Sea of Love" and her roots-gospel side project, "The Sacred Shakers".

California songriter John Batdorf plays (and tells the stories behind) What D'Ya Got" and "That Don't Seem Right To Me" off his new release, "Old Man Dreamin'".

California songriter Brad Colerick performs (and tells the stories behind) the songs "My California" (off "Lines in the Dirt") and "Paper in Heaven" (off the upcoming release "When I'm Gone").

Michael Gaither - Songs and Stories #55: No, the OTHER Arthur Godfrey (Part Two)

Songwriter Arthur Godfrey plays the title track and "Richard's Song" off his new release, "Broken Wings". Want to win a copy of "Broken Wings"? Listen to this episode for details.

Songwriter Chuck Brodsky Chuck explains the freedom that a narrative story gives him when writing and tells some of the stories behind songs on his new live record, "Two Sets".

"There's a million ways to live a life" is how award-winning singer/songwriter Alisa Fineman describes that path she's taken that led her from environmental studies, to being a fire lookout in the Rockies, and to eventually becoming a songwriter. These days she collaborates with Kimball Hurd, who many know from his work with the Santa Cruz folk trio City Folk (which consisted of Kimball, Keith Greeninger, and Roger Feuer. In the first of this two-part interview, Alisa and Kimball discuss their musical similarities and differences and tell about the plans for their first CD together. Want to win a "Grateful Dread Radio" T-shirt? Listen to this podcast for details.

She quit the University of Texas (while attending on a scholarship), formed the band Little Sister (which evolved into Sister Seven), and has been writing, playing, and touring ever since. This second of three "Songs and Stories" episodes with Texas songwriters features a conversation with Dallas native Patrice Pike...

Michael Gaither - Songs and Stories #8: Interview with songwriter Joziah Longo (of Gandalf Murphy and the Slambovian Circus of Dreams)

An interview with Joziah Longo, lead singer and songwriter for Gandalf Murphy and the Salmbovian Circus of Dreams. Read the show notes and listen to more podcasts like this one at http://www.michaelgaither.com.

Nashville’s Renee Wahl talks about how she moved from a twelve-year military career to a life as a full-time songwriter in Nashville.

Mira Goto chats about splitting her time between Santa Cruz CA and Nashville TN and how she's using social media to take her music to the next level.

© 2020 OwlTail All rights reserved. OwlTail only owns the podcast episode rankings. Copyright of underlying podcast content is owned by the publisher, not OwlTail. Audio is streamed directly from Michael Gaither servers. Downloads goes directly to publisher.