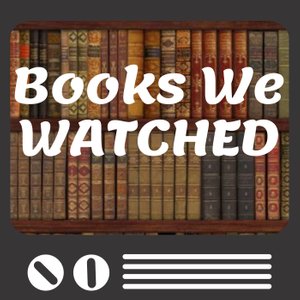 Mark &amp; Sarah have a list of the 100 greatest books everyone should read (as written by the Telegraph) Instead of reading them they are watching the film and TV adaptations instead. Join us to discuss the Books We Watched. 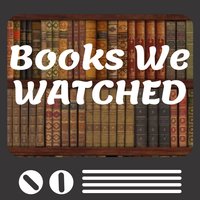 London Fields is a 1989 novel by Martin Amis. It tells the story of Nicola Six a clairvoyant that foretells her impending murder... Sounds great right? This film version from 2018 has a 0% rating on rotten tomatoes and one of the worst US box office openings of all time. It stars Amber Heard and Billy Bob Thornton with an uncredited appearance from Johnny Depp.  We discuss our thoughts on this film and give a spoiler free review. (available on Netflix UK) perhaps the book belongs on the 100 greatest novels list but what went wrong with the adaptation?

This Charles Dickens classic got it's first theatrical film adaptation for 50 years recently. This new film version stars Dev Patel as David Copperfield and gave this well known book a modern spin but still in keeping with the original novel.  We talk about the link between the story and Charles Dickens life along with our thoughts on how this book has been brought to screen.  The film is due to be released in US cinemas later this year. 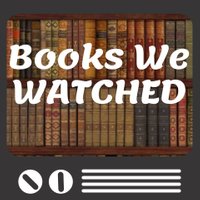 It's off to the 1920's for the next book we're watching. The Great Gatsby was written by American author F. Scott Fitzgerald. It tells the tale of decadence and love on Long Island. The book wasn't a success on publication but is now considered a classic.   The film version we watched was the Baz Luhrmann directed 2013 adaptation and starring Leonardo DiCaprio in the title role.  We discuss the story, characters we meet and how this version of the book has been brought to screen.

A new version of Little Women directed by Greta Gerwig was released in Dec 2019 to huge critical success. Fresh from seeing the film at the cinema Mark &amp; Sarah discuss this new version and how it compares to the 1994 film. The 90's film is highly regarded so we were intrigued to find out how this new version has adapted this classic book to the big screen.  If you haven't seen this film yet we recommend you watch it first as there are some plot spoilers mentioned in this episode.

This episode we're looking at a more modern book than usual. Disgrace was first published in 1999 and won the booker prize.  The novel is set in set in post-apartheid South Africa and often is included in influential or must read lists of books.  We watched the 2008 film adaptation which stars John Malkovich. Not knowing anything about this book or film before we watched it we discuss the plot and the themes of this story.

The Name of the Rose by Umberto Eco (2019 TV Miniseries)

This episode we're back revisiting an old favourite of ours. In our first episode we watched the 1986 film adaptation of The Name of the Rose a 1980 book by Umberto Eco.  We were very excited when we heard that a new TV mini series would be broadcast in 2019. This is an Italian produced 8 part series starring John Turturro, Rupert Everett and Damien Hardung.  The film version left a lasting impression on us so in this episode we compare what this new version brings to the screen and discuss how this series has been adapted. You can listen to our first episode here: https://www.podbean.com/eu/pb-ysjm6-73e938 This new version of The Name of the Rose was shown in the UK on BBC2 and is currently available on iplayer if you haven't seen to yet. Its also generally now available in DVD.

This time we're discussing the French novel by Alexandre Dumas. The Three Musketeers is such a well known story and has had many film adaptations. We chose to watch the 1973 live action film which is one of the more well known film versions.  If you're not sure what The Musketeers are all about then we go through and try to explain what happens and also how this film stands up in its own right. 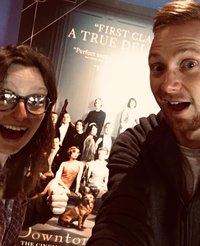 This is a quick mini episode to give you an update of what we've been up to. We'll be back very soon continuing to watch the 100 greatest books.  Look out for a big update, the podcast will be having a new name 'Books We've Watched' so look out over the next few weeks for the re-launch! 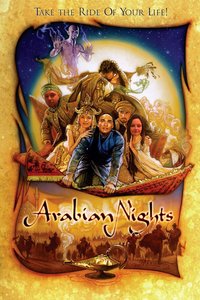 Novels On Screen 33: One Thousand and One Nights (Arabian Nights)

One Thousand And One Nights is a series of folk tales complied in Arabic from as early as the 9th century. There are many versions of the book from which famous stories such as Aladdin and Ali Baba and the forty thieves originate from.  We're watching a 2000 TV mini series 'Arabian Nights' which covers some of the original book. Has this version stood the test of time as the book has? If the casting has anything to go by maybe not! Also we actually chat about a current film 'Once Upon A Time In Hollywood' and what else is coming up that we want to see. 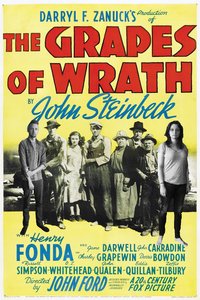 Novels On Screen 32: The Grapes Of Wrath

We're back in America for our next film 'The Grapes Of Wrath' which was a 1939 novel by John Stienbeck, well known for 'Of Mice And Men' and 'East of Eden'. Set during the great depression, the film version was released in 1940 and starred Henry Fonda in the title role of Tom Joad. The film follows a family of migrant workers travelling to California toward a better life.  Both the book and the film are considered American classics in their own right. Join Mark &amp; Sarah as they learn what this film is about and how it stands up today.

© 2020 OwlTail All rights reserved. OwlTail only owns the podcast episode rankings. Copyright of underlying podcast content is owned by the publisher, not OwlTail. Audio is streamed directly from Books We Watched servers. Downloads goes directly to publisher.