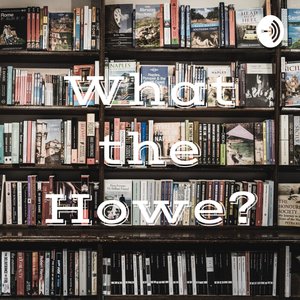 Charles is a graduate of the University of North Carolina at Chapel Hill and a Candidate for J.D. at the University of Pittsburgh School of Law. He served twelve total years in the military between the Navy and the Army. Kiana is a graduate of Peace College and received an M.B.A. from Southern New Hampshire University. She currently is a freelance social media manager primarily working with content marketing. Kiana and Charles have been married since 2008 and have three kids living at home with them. Join them as they discuss the current events that interest them for the week. Support this podcast: https://anchor.fm/charles-howe/support 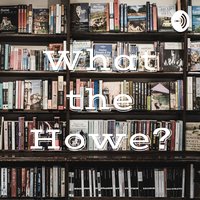 Kiana and Charles went to a couple Black Lives Matters protests in Pittsburgh. They give their thoughts on the protests and the strategies used by some to undermine the protests. Their discussion of the protests spawns a discussion about the President of the United States and the racist dog whistles he utilizes. From there, Kiana and Charles discuss issues revolving around race more broadly.--- Support this podcast: https://anchor.fm/charles-howe/support

Kiana and Charles discuss the happenings in Minneapolis surrounding the death of George Floyd in police custody. They open with an excerpt from a speech by Dr. Martin Luther King Jr. in which he discusses riots and social justice. Kiana and Charles talk about how Dr. King's words apply to the situation in Minnesota. They explore why some people place more emphasis on the property crimes committed during a riot than on the death of a black man in police custody. Kiana and Charles contemplate why it is important to them for people to not undermine the protests because of the rioters. --- Support this podcast: https://anchor.fm/charles-howe/support

Colleges and the NFL

We start by discussing the different plans employed by Cambridge University and the University of North Carolina for holding classes in the fall. This discussion leads to a broader discussion about people's opinions of COVID-19. We then transition to talking about the NFL's expansion of the Rooney Rule and their decision to table a proposition to improve draft position for teams that hire minority candidates. This discussion leads to a broader discussion about race and affirmative action. We close by briefly discussing a common thread we notice between people's opinions on COVID-19 and affirmative action.--- Support this podcast: https://anchor.fm/charles-howe/support

What the Howe? apologizes for not recording last week. We ordered some new equipment that got lost in transit. This week we talk about gender roles, race, and the Ahmaud Arbery case. We open by discussing an article comparing the average age of having children for males and females between Neanderthals in Iceland and Homo Sapiens in Africa between 100k-500k years ago. We debate how much gender roles are influenced by genetics and how much are influenced by societal expectations. We transition by talking about how African people groups are actually more human than non-African people groups because non-African people groups contain as much as 2% Neanderthal DNA. We discuss how much of a factor genetics plays in our ideas about race, and how much of our ideas about race are socially constructed. Then we transition to talking about the slaying of Ahmaud Arbery at the hands of two white men and what that tells us about the state of race relations in the United States.--- Support this podcast: https://anchor.fm/charles-howe/support

© 2020 OwlTail All rights reserved. OwlTail only owns the podcast episode rankings. Copyright of underlying podcast content is owned by the publisher, not OwlTail. Audio is streamed directly from Charles Howe servers. Downloads goes directly to publisher.