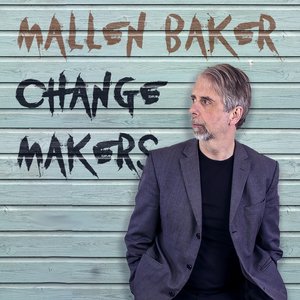 Mallen Baker has worn many hats, but has always been looking for pragmatic and effective ways to make the world better. He is best known for his work with corporate social responsibility, but also has a sustainable food blog, a digital design and social media business, and a former life in campaigning and politics. In this show, he speaks to successful change makers in all walks of life and finds out what makes them tick, and how you can learn their lessons to help make a positive difference to the world. 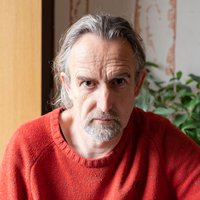 This episode is a rather different type of discussion to the usual ones I have on this podcast. Many of you will know that I do commentary videos on YouTube, and on some of those I have been strongly critical of the Extinction Rebellion group, and particularly its core organisers. We debate these issues with vigour because they are important. However, my preference is always that we can do so as a respectful discussion rather than standing at opposite extremes and shouting at each other, which sadly seems to have become the norm for political discourse at the moment. So I reached out to Roger Hallam, one of the co-founders of the group and the man most responsible for their early overall strategy, to see if he would be willing to discuss the group, its objectives, and some of our points of disagreement for this podcast. Lots of people in his position would have told someone who had been so critical to get on their bike, so I think it is enormously positive that we were able to come together and make it happen. We talk about where Extinction Rebellion came from, and what are its objectives. We cover a range of tough questions in a pretty frank and open way. We weren’t aiming to win the argument, but to explore the challenges. I think it ended up as an important and engaging conversation. Show Notes What did the world look like to the young Roger Hallam when he left school and looked ahead to adult life? (3:32) First steps into activism, and then the move to organic farming and back into activism again (4:11) Arguing for climate change to be the issue of focus amongst activist groups on the left (10:12) What were the factors behind Extinction Rebellion’s success in mobilising large numbers of people to take part, up to the point of getting arrested? (11:18) The initial strategy objective of Extinction Rebellion to overthrow the regime (17:07) Is it still the objective to overthrow the regime, and is that a legitimate aim for an environmental campaign? (21:27) Does the Extinction Rebellion approach lead us towards an authoritarian outcome? (28:19) What are the prospects that XR’s preferred device, Citizen’s Assemblies, would actually deliver the change it wants? (34:14) If a Citizen’s Assembly came up with radical proposals, would it be any better in persuading the population to accept unpopular measures? (37:59) Why Extinction Rebellion doesn’t accept the government’s recently launched net zero by 2050 target (41:20) The Committee on Climate Change report gives a detailed ambitious programme – what alternative does Extinction Rebellion have to produce the results it wants by 2025? (45:26) Some of the claims of XR are not supported by the mainstream science, but its approach has been a motivating call to action (52:45) Does the logic of how XR recruits people laying the groundwork for the emergence of groups in the future that use violence using the same justifications the current group uses for lesser interventions? (54.00) The dynamics of leaderless (or semi-leaderless) campaign movements and the difficulty of following a focused strategy (57:30) What happens next? (1:03:29) Why did XR shut down its XR Business initiative before it had even gotten started, and its attitude to business more generally (1:06:37) The role of government and the need for innovation (1:13:40) Environmental campaigners need to understand better how to build support amongst the wider population (1:16:45) Roger’s question to me – how can we engage the ‘intellectual dark web’ characters? (1:24:22) Links Roger Hallam’s website https://www.rogerhallam.com Extinction Rebellion https://rebellion.earth My critiques of the group Why Extinction Rebellion is hurting not working https://www.youtube.com/watch?v=PJAVduIIYcI Extinction Rebellion – the bit almost nobody knows https://www.youtube.com/watch?v=N2WNssoDJ2E