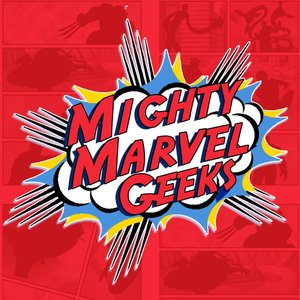 It’s the end of the year and the Intrepid Trio is bringing it! We want to take this opportunity to thank you for sticking with us and we’re looking forward to going bigger and better in 2020. We have seen the end of the first major story arc in the MCU, the coming of Disney+, […]

The Intrepid Trio is back and all accounted for and we have news from the late breaking to last trailers. This week proved to be heavier than we’d expected, but we’re more than u to the mission of breaking it down for you! Kick back and enjoy!! Intel Debrief Marvel reveals their latest comic event […] 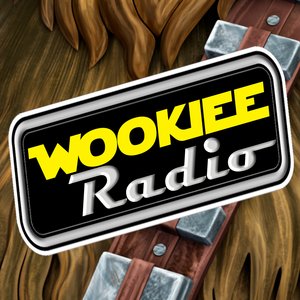 Mighty Marvel Geeks 269: The Big Up Yours

There is SO MUCH in this issue…so much!! The Intrepid Trio is back in full force and we’re talking nothin but Marvel!! We have job changes and added duties, cast announcements, Lawsuits, and a surprise movie announcement! Sounds like enough?l You’re gonna have to loosen your belt after this one! Intel Debrief Kevin Feige gets […]

The Spoiler Ban is still on, so the Intrepid Trio can’t discuss what we want to discuss, just yet. But that’s ok because there is some major news that needs out attention. For starters, Mike is going to watch Avengers: Endgame in a 4DX theater, he’ll explain what that means. We also have some major news about […]

Mighty Marvel Geeks 244: What If X-Men Join The MCU

Hey, Marvel fans!! As you already know, this was a big week for Disney and, by extension for Marvel! That means a lot of changes and even more coming. Luckily, the Intrepid Trio is present to delve into the many layers and see what it could all mean for us! Intel Debrief Mike opens the […]

After a week off the Intrepid Trio, minus one, is back to hit you with a full dose of Marvel news.  This week issue seems to be filled with movie news, so buckle up and prepare for the download! Intel Debrief Avenger’s; Infinity War spoiler free review What about Adam Warlock? James Cameron’s Sour Grapes Is Nova […]

Soooo…the issue ran long and you know what that means…A BACKSTORY ISSUE FOR P.O.W.!! We run a little loose with this and talk some non Marvel stuff, but it is still, mostly, Marvel stuff..listen and you’ll see what we mean. Intel Debief -P.O.W.(Picks Of the Week) -Marvel Unlimited P.O.W.

Hello and Happy New Year from the Intrepid Trio! After too much food and a bit of rest we are back, locked, loaded and ready to hit you with an MMG issue filled with the Marvel news that you crave! Intel Debrief What does Audi and Marvel’s Avengers: Endgame have in common? What about the […]

With Eric and Kylan absent, Mike is joined by We Be Geeks, Wookiee Radio, Keepers of the Fringe and The New England Society of Geeks host, Derrick. A lot of Avengers talk happened. Mission Debrief Avengers: Infinity War trailer Deaths in Avengers 4 Disney/Fox back at the tables? Marvel Editor-In-Chief wrote under a pen name […]

It’s the Geek Christmas/New Year with SDCC just kicking up and your Intrepid Trio is here with the news of the week and a tidbit from San Diego for you! Just kick back and enjoy as we fill your earholes with all of the Mighty Marvel Goodness!! Intel Debrief SDCC Surprise!! Actors double dipping Tom Holland spills […]

Mighty Marvel Geeks 260: Except For That Day In The Park

The Intrepid Trio is all present and accounted for in this epic issue! We’re talking San Diego Comic Con and the Mighty Marvel News to come out of it! To be honest, Out eyes were bigger than the time we had, so we were bare able to even scratch the surface! But, what we discuss, […]

While Kylan is on assignment with Alpha Flight (not sure who is training who), Eric and Mike are joined by Aaron Conley, artist of Bully Wars. The guys chat with him about his influences, how he got started with Marvel and more. Then they have a great time chating MCU.

Soooo…This week the news was kinda light. But, your Intrepid Trio also found the stories to be very discussion worthy! We go in deep with the possibility of Kevin Feige making the move to Star Wars/Lucasfilm. We go from what does that mean for all of the MCU to what that could mean for the […]

Hey everybody! The Intrepid Trio is all present, but some technical issues have hindered Eric so he is present for color commentary. It is perfect because there is LOTS of discussion in this issue. From Rotten Tomatoes to AoS Season 7, there’ a lot to be said! Intel Debrief Rotten Tomatoes makes changes to address […]

This is another rare, yet fun .1 Issue. We kick it off talking about that phenomenal Marvel’s Avengers: Endgame trailer and everything that was shown…and some of what was not shown! It is safe to say that we are all excited for it and what it will mean for the MCU after this.   P.O.W.(Picks […]

It is late December and you know what that means? It is time for the Mighty Marvel Geeks Non-Awards. We have Field Agents Bart and Derrick with us, ready to discuss the nominees and the winners. So, sit back, relax, and be surprised at some of the winners…or not! Intel Debrief C’mon, it’s an awards […]

Mighty Marvel Geeks 285: Off The Rails

Well, Agents, this one stated off the rails and pretty much stayed that way…but isn’t that how we like it? We start off by fan casting Morgan Freeman (which pops up a few times this ish) and get wild and loose from there. But, we still deliver ALL of that Marvel news that you love […]

Mighty Marvel Geeks 202: It’s All About The Spiderverse

It’s the Intrepid Trio minus one one this week. Agent Eric is away on a special assignment, so the lair is being staffed by mike and Kylan. But, don’t you fret! There’s plenty of news and discussion to be had! This issue covers it all from the MCU to your gaming console! Just take a […]

Hey everybody! It’s a week chocked full of Marvel news and the Intrepid Trio is here to give it to you the only way we can!! From the possible merger and mutants to our favorite Agents on hiatus, we have it here for you!! Intel Debrief What does the merger mean for the X-Men in […]