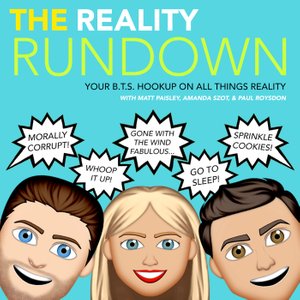 Join television producers Amanda Szot, Paul Roysdon and Matt Paisley as they discuss all things reality television and sit down with special guests from the producing world for a true behind the scenes look into what really happens to make your favorite show. 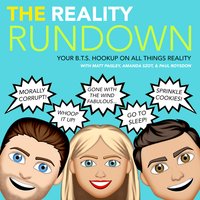 This week on The Reality Rundown, Margaret Josephs is bringing the power, the pigtails, and the party! As the only (natural) blonde on The Real Housewives of New Jersey, Margaret clearly isn't afraid to stand out from the crowd, which is something that has served her well as the new girl coming into a friend group of such strong personalities. On our new episode, this Powerhouse in Pigtails details her experiences during her first season on RHONJ, including her infamous feud with Siggy Flicker (hey Soggy!), the shakedown at the Posche Fashion Show, and the explosive cast trip to Milan. Plus, Margaret shares her views on the allegations being made about her by certain cast members and clears up any misconceptions about both herself and the show. Make sure to tune into episode thirteen to hear about all of this and more!

On episode 12 of The Reality Rundown, we welcome Real Housewives historian &amp; connoisseur, Christian Snow, to talk all things Housewives! From detailing his run-ins with our favorite (&amp; not so favorite) wives, to dishing his opinion on the current seasons, Christian holds nothing back when it comes to chatting about his favorite reality franchise! 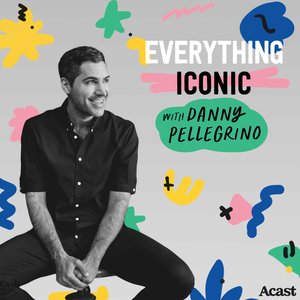 Everything Iconic with Danny Pellegrino 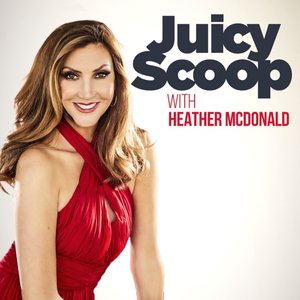 S1 Ep21: Super Producer and H/MU Artist Lisa Lopez-Cronin from Below Deck, Flavor of Love and I Love New York

On episode 21 of The Reality Rundown, we sit down with a true pioneer in the reality television genre, Lisa Lopez-Cronin! Lisa an accomplished makeup artist and creator of the talent producer/wrangler position that is now synonymous with Reality TV production. During our chat, Lisa walks us through her experiences working on some of the greatest television shows of all time; from Flavor of Love and I Love New York, to Rock of Love and I Love Money, as well as the current Below Deck franchise. As the go-to person on set for all cast members, Lisa shares some of her favorite (and not-so-favorite) behind-the-scenes memories and secrets working along side TV legends like Flavor Flav, Tiffany "New York" Pollard, and Heather Chadwell. Make sure to tune into this episode for the complete Rundown!

On this special Watch What Happens Live bonus episode of The Reality Rundown, we break down everything from WWHL's week in LA! From the guests, to the behind-the-scenes happenings, to which glass actually does go best with coke (just kidding); make sure to tune in for the complete Rundown!

Robin Humbert has worked with some of the most iconic reality television casts of all time, from the Girls Next Door playmates to the Vanderpump Rules kids, and in our landmark fifth episode, is dishing all about it! Did Kendra and the other Bunnies actually have feelings for Hef? Are Katie &amp; Schwartz destined for marital bliss? Is crazy Kristen actually that crazy? Find out all of these answers and more in episode five.

S1 Ep17: VP of Production Marni Shapiro Colon talks about her days on Watch What Happens, MTV and Chelsea Lately

In the 17th episode of The Reality Rundown, we take a unique peek behind the scenes from a logistics perspective with VP of Production, Marni Shapiro-Colon. Listen as Marni reveals details about her time at MTV News working with some of our favorite singers like Madonna, Courtney Love, Mariah Carey, Eminem and seeing the ICONIC, Ms. Britney Spears’ “Hit Me Baby One More Time” music video before it was released. She also tells us all the details behind putting together Bravo’s “Watch What Happens Live!” and her experience working with Andy “Jesus Christ” Cohen, as well as Chelsea Handler. Listen now!

S1 Ep19: Weekly Roundup; What Would The Reality Rundown Do?

On this special Easter and Passover week episode of the Reality Rundown, we dish on all the latest news, gossip, and happenings in the worlds of Housewives and Vanderpump Rules; from our take on recent drama, to confirmations regarding certain Housewives' pregnancies, make sure to tune into episode 19 for the complete rundown!

On the newest episode of The Reality Rundown, we speak with writer, producer, and Real Housewives connoisseur, Brian Strickland! Brian shares his un-filtered take on meeting/working with all of our favorite Housewives characters, from Vicki Gunvalson, to Kenya Moore, and proclaimed "national treasure," Faye Resnick. Which Housewife harassed Brian to write jokes for her on the show? Who is the one Housewife that Brian says doesn't have a tinge of crazy in her eyes? Which Vanderpump Rules boyfriend is actually a door-man (despite pretending to be wealthy on the show)? Tune into episode 14 for all of this and more!

Grant Rutter, host of Grants Rants Hollywood Talk &amp; AfterBuzz chats with The Reality Rundown about all things Housewives! From the latest divorce drama surrounding Shannon Beador, as well as RHOC's season 12 reunion. What he thinks of Danielle Staub's return to RHONJ and of course his stance on the rest of the ladies. Of course, we dive into the explosive season of RHOD when it comes to LeeAnne's setup hot mic moment, which Housewife is bringing it this season, and what we believe will happen for season 3!

Jesse Leed, who created &amp; filmed the original casting tape of Bravo's very own Shahs of Sunset, takes us down memory lane to the very beginning of the iconic show. Jesse fills us in on what it was like working with Ryan Seacrest Productions, why GG &amp; Mike weren't initially a part of the original cast, why he knew Reza was going to be the breakout star, who he thinks might not come back after this season, why Lilly Ghalici was too "fake" for the show, and so much more Shahs tea!

© 2020 OwlTail All rights reserved. OwlTail only owns the podcast episode rankings. Copyright of underlying podcast content is owned by the publisher, not OwlTail. Audio is streamed directly from The Reality Rundown servers. Downloads goes directly to publisher.