The Grow Show With Kyle Kushman

Growing Green to Generate More Green. Each week, we plant the conversational seeds about cultivation and the changing climate of Cannabis Culture.Multi-Award Winning Growmaster and Respected Cannabis Consultant Kyle Kushman peels back the layers of benefits of the world’s most versatile plant…from food to fuel…from remedy to resource.

Kyle Kushman interviews the Guru of Ganja Ed Rosenthal - 40 year journalist on the topic of cannabis – and discuss differences between indoor versus outdoor growing - ecologically and quality wise and where is the market heading with the green rush in effect.

Today on the Grow Show Kyle Kushman is joined by Marc "Soma" Rossman, Founder/Owner of Soma's Sacred Seeds. Soma's Sacred Seeds is an Amsterdam based medical cannabis seed company. Soma's Sacred Seeds offers excellent high grade organic cannabis seeds, in Amsterdam and online. After winning the 1999 High Time Cannabis Cup with its 'Reclining Buddha' strain in the Indica category, the company became internationally famous.Since Soma's first joint, he has found cannabis to be one of the most positive forces in his life. Soma started growing cannabis in 1971 in southern Vermont. He owned and ran a vegetarian restaurant and bakery. As he became more aware of his diet, a deeper knowledge of ecology and its effect on the environment came with the territory. This led to his interest of growing cannabis in an organic eco-friendly manner. Although marijuana laws are never fair around the planet, he refuses to give up his right to have his sacrament and medicine constantly near him in the form of clothing, food, plants, paper and smoke. Soma wrote a book titled Organic Marijuana Soma Style including some new insights on the most up-to-date options for organic marijuana growing. 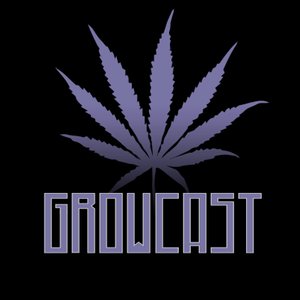 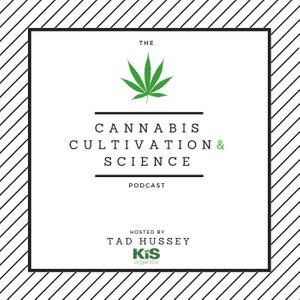 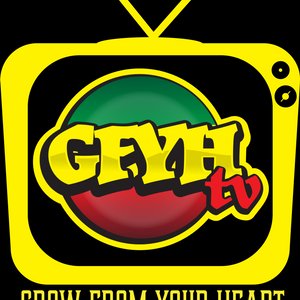 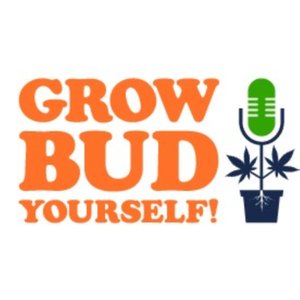 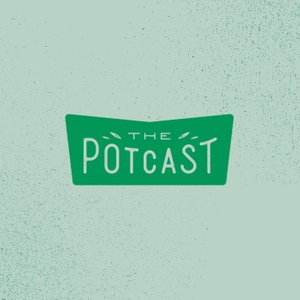 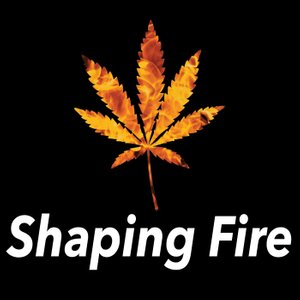 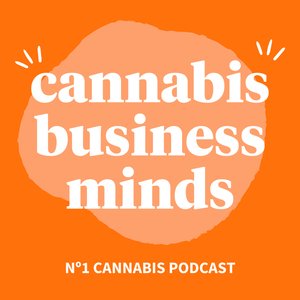 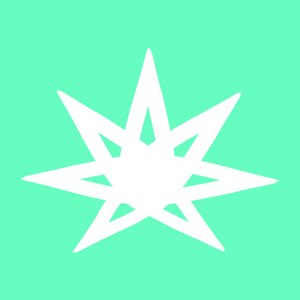 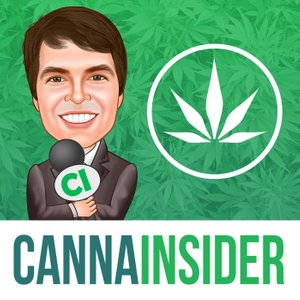 CannaInsider - Interviews with the Business Leaders of The Legal Cannabis, Marijuana, CBD Industry 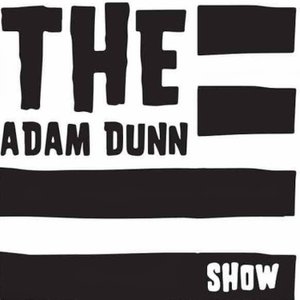 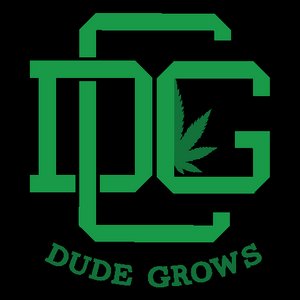 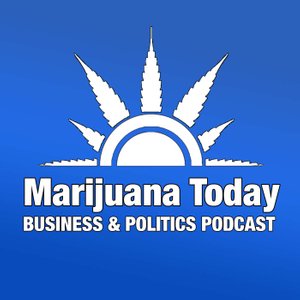 Today on The Grow Show Kyle Kushman is joined by Scott Reach of Rare Dankness. Scott Reach has been in the cannabis industry for over 15 years, and has experienced some explosive growth since he burst onto the competitive scene in 2011. He is an award winning cannabis breeder whose renowned genetics and collaborative efforts have earned multiple awards at a variety of industry events.Rare Dankness™ was founded in 2010 after many years of growing, collecting, preserving, and experimenting with many varieties of Cannabis. Rare Dankness has been able to work with some of the most sought after and highly coveted genetics. Their collection of genetics spans the last three decades and represents the finest specimens of Cannabis strains in the world.

Grow Where You Are Planted

Kyle Kushman has a great chat with Adam Dunn, Owner of HoodLab Colorado and Head Breeder at T.H. Seeds. Adam shares about his experience in Amsterdam, and what he is doing with cannabis breeding and preservation.

To Dab or Not To Dab

Today on the Grow Show Kyle Kushman talkes i joined by Lanny Swerdlow, host of the Marijuana Compassion &amp; Common Sense radio broadcast on BlogTalkRadio.com. Kyle and Lenny chat about dabbing, including difference between dabbing and vaping, medical reasons why someone would choose to dab or vape, and why you don’t feel the same effects as smoking.

Steve Breeder, Founder of the Spice of Life Seed Company

Today on the Grow Show Kyle Kushman is joined by Steve Breeder, a man who has spent much of his life immersed in understanding, cultivating and breeding the world’s most versatile and most popular natural-growing plant. In 1994 Steve founded the Spice of Life Seed Company, with the vision of providing the world with top of the line, organic cannabis. Steve is not only a master cultivator, but one of the most brilliant cannabis breeders in the world. His seeds are synonymous with quality and flavor. His passion for producing the world’s BEST, tastiest organic pot has led him to push the limits of conventional cultivation techniques.

Today on the Grow Show Kyle Kushman is joined by Nick Tanem aka DJ Nikka T. DJ Nikka T is a multi-award winning hash master who has won fifteen Cannabis Cup awards for his tasty, clean and potent solventless hash. He’s been making hash since he was a teenager. Following his love for cannabis, he traveled to Amsterdam as a young man to learn hash-making methodology from a legendary hash maker, and has continued to grow and improve on those techniques to this day.

Today on the Grow Show Kyle Kushman is joined by CannbisRadio.com's own Dr. Mitch Earleywine. Mitch Earleywine, Ph.D. is Professor of Psychology at the State University of New York at Albany. He received his bachelor's degree from Columbia University and his doctorate from Indiana University. Mitch has over 100 publications in scientific journals on addictions. He has received research grants from the National Institute on Alcohol Abuse and Alcoholism as well as the Alcoholic Beverage Medical Research Foundation.Mitch worked as an alcohol researcher for years, and then began teaching an undergraduate course on drugs and human behavior. Teaching a large group of college students the dangers of binge drinking was an exciting aspiration of his. The students, however, were far more interested in marijuana. Mitch reviewed the relevant research to avoid spreading any misinformation. This eventually led to his book "Understanding Marijuana". The class helped Mitch earn commendation for his teaching, including the University's coveted General Education Teaching Award.

Today on the Grow Show Kyle Kushman is joined by Marc Emery founder of Cannabis Culture and ex prisoner. Marc is a Canadian cannabis activist, entrepreneur, politician, and notable advocate of international cannabis policy reform. Emery is often described as ‘the Prince of Pot’. Marc was the world’s most famous marijuana seed retailer and the biggest financial supporter of the marijuana movement world-wide until the US Drug Enforcement Administration and Canadian law enforcement arrested him in Canada. After the arrest Marc Emery Direct Seeds was shut down in July 2005. He was imprisoned in Yazoo City medium-security prison in Yazoo City, Mississippi. He was sentenced on September 10th in Seattle federal court to 5 years in prison for “distribution of marijuana” seeds, though the US Drug Enforcement Administration admitted that his arrest was actually for his political activism and financing the marijuana movement.

Kyle Kushman speaks with community organizer and visionary entrepreneur Robert Jacob, who also happens to be the former mayor (now city councilmember) of the Northern California town of Sebastopol. We learn about Robert's mayoral term becoming the first American mayor who is also running a medical-marijuana business.

Alison Holcomb: The Architect of Marijuana

Kyle Kushman speaks with Alison Holcomb, the Director, Campaign for Smart Justice for the ACLU. Known as the architect of marijuana legalization in Washington state, she takes us through the process that would bring cannabis legalization to Washington State.

Aaron Smith is co-founder and executive director of the National Cannabis Industry Association. Prior to launching NCIA, Aaron distinguished himself as a public advocate for marijuana policy reform — first under the auspices of a California-based medical cannabis advocacy group, Safe Access Now, and more recently as the California state policy director for the Washington, D.C.-based Marijuana Policy Project. Aaron has successfully built coalitions with elected officials on both sides of the aisle in order to advance marijuana law reform legislation in the state capitol and among the voting public. Aaron’s opinion pieces have appeared in major newspapers, including the San Francisco Chronicle, Los Angeles Times, and The New York Times, and he has been a frequent commentator on national television news networks. Originally from California, Aaron is currently based in Denver.

Doing Some Good Through Compassionate Cultivation

Kyle Kushman is joined by “Oaky Joe” Munson, Medical Cannabis Cultivator and Activist and Collective Operator, today on The Grow Show. Oaky Joe cultivates medical cannabis for those in need for free. Unfortunately, Joe has had several run-ins with the law. Kyle chats with Joe about some of the times he has been arrested, and helps get the word out for his charitable acts in cannabis for those in need.

Today on the Grow Show Kyle Kushman is joined by Chris Conrad and Mikki Norris Founders of the West Coast Leaf. For over 25 years they have immersed themselves into the hemp and cannabis industry. The husband and wife team of Chris Conrad and Mikki Norris share multiple awards, recognitions and accomplishments…..they have co-authored books such as Shattered Lives: Portraits From America's Drug War and Human Rights and the US Drug War, curated for cannabis museums in both the US and Amsterdam, and both were Community Action Coordinators for California Prop 215, managing the volunteer signature gathering campaign effort.

Today on the Grow Show Kyle Kushman is joined by Mieko Hester-Perez, founder of The Unconventional Foundation for Autism. They discuss her son Joey and his medical conditions. Joey has been using cannabis as medicine which has freed him from using many pharmaceutical medications before treatment with cannabis. Mieko also talks about The Unconventional Foundation for Autism.

Kyle Kushman talks with Ken Estes, modern day medicine man and humanitarian, who is notoriously known for the creation of the beloved strain Granddaddy Purple, and for joining the fight for legalization of Medical Marijuana usage. Ken shares how marijuana helped him recover and begin to live again after a tragic accident left him paralyzed from the neck down.

Today on The Grow Show Kyle Kushman is joined by AC Braddock, CEO of Eden Labs. AC is a highly sought-after speaker at industry events and an expert in the field of cannabis extraction tech. While Eden Labs is known for its ground breaking extraction technology including Hi-Flo CO2 Extractors and its Coldfinger distillation systems, AC isn’t just all about extraction. She has a passion for educating, and is breaking the mold when it comes to corporate structuring and industry ethics.As one of the founding members of Women of Weed, an active member of the MJBA’s Women’s Alliance, and a board member of the Council of Responsible Cannabis Regulation and NCIA, this Seattle resident is a true leader and advocate for the cause of responsible legalization.

Marijuana Delivery for Legal Cannabis in California with SpeedWeed

Kyle Kushman speaks with SpeedWeed founder AJ Gentile. AJ discusses the creation of Marijuana Delivery for Legal Cannabis for those living in Los Angeles and Orange County, California.We learn about how AJ and his brother got together to create a delivery service that offers strains Indica and Sativa as well as edibles delivered to your home without the need of visiting a dispensary.We also learn about SpeedWeed got featured in the July edition of GQ magazine described as the "Uber for Weed"

© 2020 OwlTail All rights reserved. OwlTail only owns the podcast episode rankings. Copyright of underlying podcast content is owned by the publisher, not OwlTail. Audio is streamed directly from Cannabis Radio servers. Downloads goes directly to publisher.