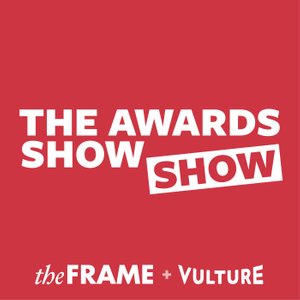 The Awards Show Show from Vulture and The Frame

On "The Awards Show Show" from Southern California Public Radio and Vulture.com, longtime Hollywood watchers John Horn and Kyle Buchanan track the movies, stories and trends of awards season. They'll let you in on insider gossip, talk with Oscar hopefuls and track industry buzz to figure out who's up, who's down, and who's currently leading the race for Hollywood's coveted awards.

The 2017 Oscar nominations are out and co-hosts John Horn of theframe.org and Kyle Buchanan of vulture.com parse the results. While a range of stories and performers were included this year, they challenge the narrative that these nominations mark the "the end of #OscarsSoWhite." And they share their joys at some nods ("20th Century Women") and dismay at others (Mel Gibson). Get The Awards Show Show podcast on iTunes: http://bit.ly/1YjG3RZ

George Miller joins co-hosts John Horn and Kyle Buchanan to talk about his wild 'Mad Max: Fury Road' trip through awards season. The Aussie filmmaker shares how he made this groundbreaking film, talks possible sequels, and remembers his Oscar win for 'Happy Feet'. Plus, Kyle and John read the Oscar tea leaves when assessing the Hollywood guild's own film nominations. Subscribe to this podcast on itunes: https://itunes.apple.com/us/podcast/awards-show-show-from-vulture/id1060952322?mt=2

Co-hosts Kyle Buchanan of vulture.com and John Horn of theframe.org wow each other with their picks for the best films of 2016. With minimal overlap they name movies both big and small– some in the awards race and others not– that they believe are worth watching from the year that was. Then co-creator and star of The CW's "Crazy Ex-Girlfriend" Rachel Bloom joins the show to share her take on "La La Land" and to talk about musicals on the big and small screen. Subscribe to this podcast on iTunes: http://bit.ly/1YjG3RZ

Why Are the Oscars So White, and What Will Win Best Picture?

We have all you need to know about the Oscar nominations. "The Revenant" and "Mad Max: Fury Road" led the race, but Kyle Buchanan (Vulture.com) thinks the ultimate Best Picture battle will come down to two very different movies. He and John Horn (The Frame) rant about the Academy's twenty white acting nominees and discuss why this happened, while sifting through smaller categories to debate their favorite inclusions (and most frustrating exclusions). Subscribe to The Awards Show Show on itunes: http://bit.ly/assnov19rossub

How Donald Trump shook up the Oscar race

The election of Donald J. Trump has affected a lot of things...including this year's Oscar race. Co-hosts Kyle Buchanan of Vulture.com and John Horn of The Frame are joined this week by entertainment reporter Jen Yamato from The Daily Beast. They debate how Academy members may view this year's crop of films differently in light of the election. Will they vote to send a message to DC with their Oscar picks? Will the issues of race, equality and immigration factor into the voting? Or will voters gravitate to lighter fair? And what about the Oscar telecast and the movie industry as a whole? Subscribe to The Awards Show Show on iTunes: https://itunes.apple.com/us/podcast/awards-show-show-from-vulture/id1060952322?mt=2

The Awards Show Show season two begins with a prediction that there will not be a third straight year of #OscarsSoWhite. Co-hosts Kyle Buchanan of Vulture.com and The Frame's John Horn discuss the diversity of this year's potential nominees, including "Moonlight," "Loving" and "Fences." And they debate the award prospects for "The Birth of a Nation" after so much controversy and a poor box office performance. Also, how did Viola Davis shake up the actress race this week? We'll get into that, touch on the Best Picture frontrunner, and much, much more.

​It’s our first show of the new year, and boy do we have a lot to talk about! The Writers Guild of America announced its nominees for best drama, comedy and documentary screenplays this week. Hosts John Horn of The Frame and Kyle Buchanan of Vulture.com try and read the WGA tea leaves for predictions. Plus, this weekend’s Golden Globes are sneaking up quickly — John just can’t wait. Oscar noms are still a few weeks away, but do we really live in a world where Mel Gibson actually has a shot at a best director nod for ‘Hacksaw Ridge”? Since there’s always a surprise or snub that happens the morning of the Oscar noms, Kyle and John try and predict the possible let downs(can 20th Century Women make the cut?) and the shockers (Does Deadpool have a chance?).

The dynamic co-hosts of The Awards Show Show podcast put all their analytical awards power into making final Oscar predictions before the actual nominees get announced by the Academy next week. Kyle Buchanan of vulture.com and John Horn of theframe.org debate the likely picks weighing their hopes with pragmatism. Who from "Hidden Figures" will get the nod? Can Annette Bening get in on that Best Actress race with "20th Century Women?" Will the Academy nominate old favorites like Meryl Streep and Martin Scorsese? And how many movies will make it into the Best Picture category? Get The Awards Show Show podcast on iTunes: http://bit.ly/1YjG3RZ

Breaking down all the best picture nominees

Co-hosts John Horn (TheFrame.org) and Kyle Buchanan (Vulture.com) dig deep into the eight nominees for Best Picture, track the arc of their award narratives, and ultimately land on the notion that "The Revenant" will be the likely winner. Subscribe on itunes: https://itunes.apple.com/us/podcast/awards-show-show-from-vulture/id1060952322?mt=2

The Big Short Goes Long, and do the Golden Globes matter?

We break down the surprises, omissions and the resettled field now that the Screen Actors Guild and the Golden Globes have weighed in. "Spotlight" is locked and loaded, but what happened to former favorite "The Martian"? And does anybody understand what’s going on with the up-for-grabs Best Supporting Actor race? And finally, a deep dive into the Best Adapted Screenplay category, with cameos from writers including Aaron Sorkin. Listen above, or subscribe to The Awards Show Show on iTunes.

Vulture's Kyle Buchanan and The Frame's John Horn discuss the wackiest awards-season rumor yet — and it involves a carnal, bestial encounter with Leonardo DiCaprio — before moving on to the question of whether a blockbuster like "The Martian" or "Mad Max" has a shot at Best Picture. (If either won, it would be the first time such a big hit has triumphed since… well, they’ll tell you.) They go on to debate who’ll get nominated for Best Actress, and it’s an awfully young crowd. Who do you think will be in the final five? Subscribe to The Awards Show Show on iTunes: itunes.apple.com/us/podcast/award…d1060952322?mt=2

The Oscars are over, what did it all mean?

Final thoughts on the awards season and the Oscar telecast from co-hosts John Horn (theframe.org) and Kyle Buchanana (vulture.com). They debate Chris Rock's performance as host-- what worked and what didn't. And they look ahead to this coming year in film. What lessons will Hollywood learn from #OscarsSoWhite?

This week on The Awards Show Show, Vulture's Kyle Buchanan and The Frame's John Horn go deep with 'The Big Short' writer-director Adam McKay. The filmmaker reveals the moment when he knew his movie was working in test audiences and why he's overjoyed when he reads the passionate debate it ignites online. Oh, and he's pretty excited about the Oscar nominations too. Also, John and Kyle analyze what the SAG awards reveal about the Best Picture race.

Andrew Garfield joins co-hosts Kyle Buchanan and John Horn to discuss "Silence" and "Hacksaw Ridge," but also to dive candidly into our cultural moment. What does he really think of "this sick man" Donald Trump, and what was it like to experience Meryl Streep's Golden Globes speech in the room when it happened? Before that expansive conversation, John and Kyle discuss the Globes and the nominations out of the Producer's Guild (PGA) and BAFTA. Get The Awards Show Show podcast on iTunes: bit.ly/1YjG3RZ

'Star Wars: The Force Awakens' will it or won't it? Debating the Oscar chances for the biggest movie of the year. And can its helmer J.J. Abrams sneak into a Best Director category that could be crowded with blockbuster auteurs?

© 2020 OwlTail All rights reserved. OwlTail only owns the podcast episode rankings. Copyright of underlying podcast content is owned by the publisher, not OwlTail. Audio is streamed directly from The Frame and Vulture servers. Downloads goes directly to publisher.